HEMLOCK TOWNSHIP — State police in Columbia County said they found the body of Frank Spencer, 46, inside his home near Millville on Tuesday. On Wednesday,... 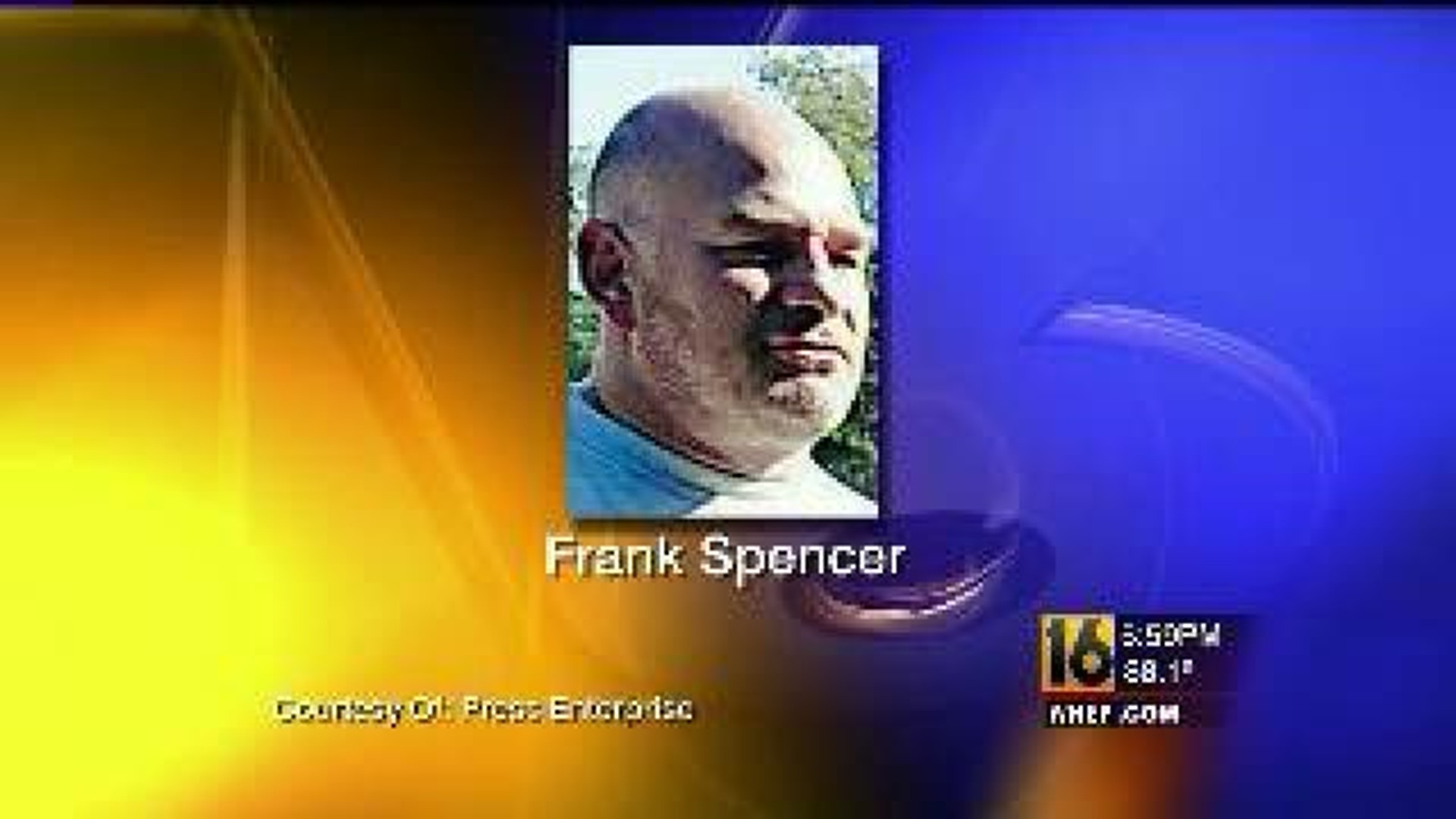 HEMLOCK TOWNSHIP -- State police in Columbia County said they found the body of Frank Spencer, 46, inside his home near Millville on Tuesday.

On Wednesday, the victim's truck was discovered in Sunbury, about 25 miles from his home.

Kevin Halye said he is in shock after finding out one of his close friends died. Halye went to school with Spencer and knew him for 35 years.

"Just total devastation. I've known the guy forever and he's been a really good friend of mine. It's just a total tragedy. I can't believe it happened," said Halye.

State police have not said how Spencer died, but they said his death is suspicious. Investigators used metal detectors outside Spencer's home in Columbia County. His friends said they are in disbelief.

"All I got in my head was his face. His smile. He was funny. I still can't get over it," said Dianne Halye.

Kevin Halye said racing was one of Spencer's biggest passions. He said Frank even sponsored several of his cars.

"He sponsored us all the way through. Even the go-kart team we have now, we have his name on one of the cars," said Kevin Halye.

The Halye's explained that racing was in Spencer's blood. He said former NASCAR driver Jimmy Spencer was his cousin, and Frank raced at tracks all over the country with his son.

"He was always there for these kids. He had five or six go-karts. He put all of his efforts into it. He was just a great guy," said Dianne Halye.

Gloria Holderman said she will miss hearing her neighbor's truck driving past her home on Fairview Drive. She said Spencer was like a son to her.

Friends said Spencer was well liked and well-known around the Bloomsburg area.

"This is shocking to hear something like this. I understand there are tough times but this is no way to take care of that," said Brian Long.

Friends said Spencer was passionate about cars, and they could always find him at his auto body shop.

State police also searched Frank Spencer's Auto Body Shop on Tuesday. Investigators said Spencer's truck was missing, but was located in downtown Sunbury, about 25 miles away from where his body was found.

An autopsy is scheduled for Thursday to figure out how Spencer died.