Melick Aquafeed went up in flames at 6 p.m. Saturday. It took efforts from 20 fire companies to knock the fire down. 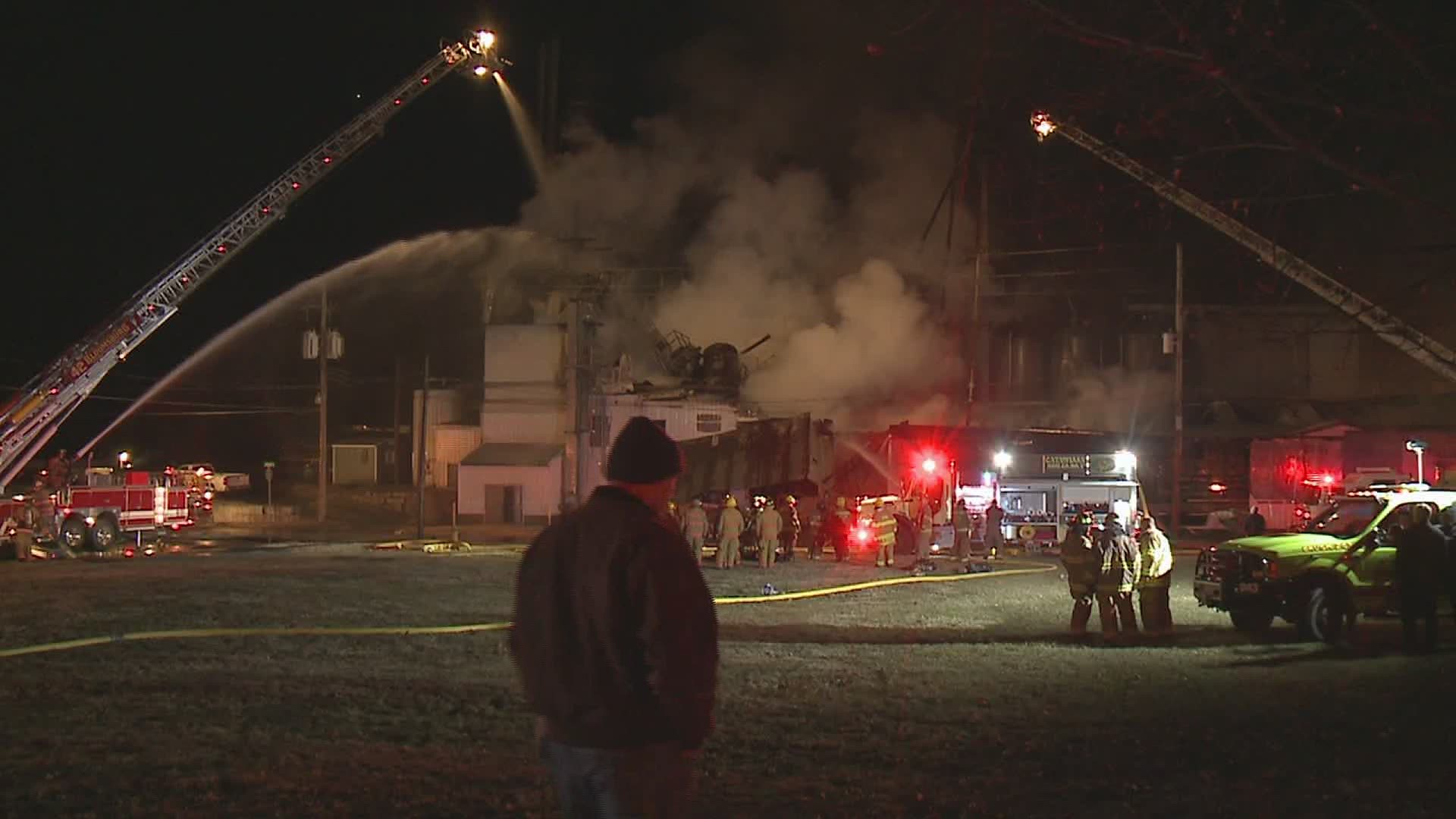 CATAWISSA, Pa. — When a fire erupted at the Melick Aquafeed around 6 p.m. on Saturday, Daniel Gregowicz was walking his dog along South First Street when we saw the flames.

Luckily the passerby knew who was on duty inside the warehouse. He alerted the employees and called 911 neither of the two men working on the ground level had any idea the second floor was on fire.

"I said Keith get everybody out. It's on fire," Gregowicz added. "Keith just looked at me, stunned, and went back inside."

Crews were on scene within three minutes, but the flames had already spread throughout the building.

It took efforts from 20 fire companies to knock the fire down.

A state police fire marshal worked through the night, hoping to determine a cause. The cause is still unknown; officials won't go inside to investigate further.

"Some of the superstructure, the beams, that are hanging weigh in excess of 30,000 to 40,000 pounds. They're hanging, they're not secured or supported," Deputy Chief Lewis Richendrfer of the Catawissa Hose Company 1 said. "It just not safe to go in."

As the building continued to smolder Sunday, crews worked to battle hotspots. They also moved propane tanks that sat near the warehouse and tore down a tower that was burned and vulnerable, so it didn't fall on its own.

Melick Aquafeed made fish food at the mill and employed about 20 people. Several of them said it was too painful watching the fire and demolition efforts unfold.