Patrons from all across Central Pennsylvania lined up for pizza, hot sausages, funnel cakes, and caramel corn at the Bloomsburg fairgrounds Saturday. 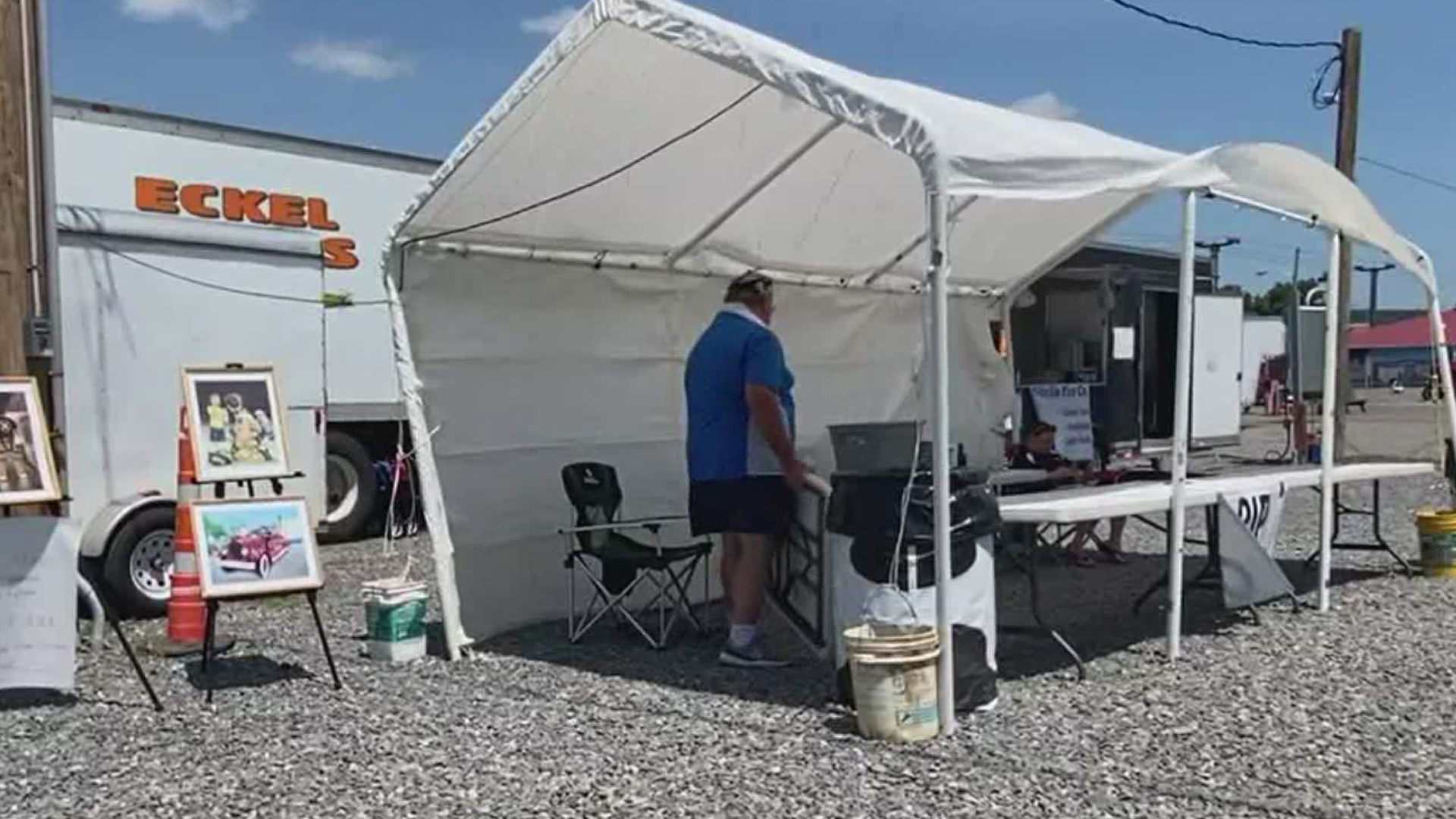 BLOOMSBURG, Pa. — zzaPatrons from all across central Pennsylvania lined up for pizza, hot sausages, funnel cakes, and caramel corn at the Bloomsburg fairgrounds.

The real treat for many people was simply attending the first-ever Columbia-Montour Firemans Relief Carnival.

"We probably wouldn't have come here normally in the middle of the day, but we're doing it just to support them," said Maureen Polakowski, Danville.

The Bloomsburg Fair Association opened up space to 11 fire companies from Columbia and Montour counties free of charge.

Many fire companies had to cancel individual carnivals and other fundraisers due to COVID-19 restrictions.

"There's a lot of area here for us all be able to social distance and still let customers social distance, so yeah, it's nice to be able to be here instead of at our own facility which is a lot smaller," said Steven Hess, President of Limeridge Fire Company.

"It's a bigger area; it'd be closer than the carnival and be further apart and definitely. I don't know about the fair, but this is definitely better than being in a little carnival grounds," said Jeffery Breisch, Washingtonville.

Members of the Millville Fire Company came to sell their famous candy corn, donuts, and peanuts that people typically get at their annual carnival.

Earlier this month, they held a drive-thru version of their own annual carnival, but only raised about 15 percent of what they normally make in profit.

They're grateful the fair association is giving fire companies a chance to set up at the fairgrounds.

"The money's one thing, but sometimes it's just the idea of the support," said Hess.

Many customers came out for the Hot Sausages at Hewlett's and other area staples like the pizza here at Dewey and Pearl's.

Vendors not associated with a specific fire company will be throwing some of their profit into a pool to be split among all the companies that attended.

The fair association also held a bingo event to benefit all 11 companies.