BERWICK, Pa. — When Tim Maron of Berwick was thinking about ideas for his Eagle Scout project, he knew he wanted to help veterans. Then he heard about peo... 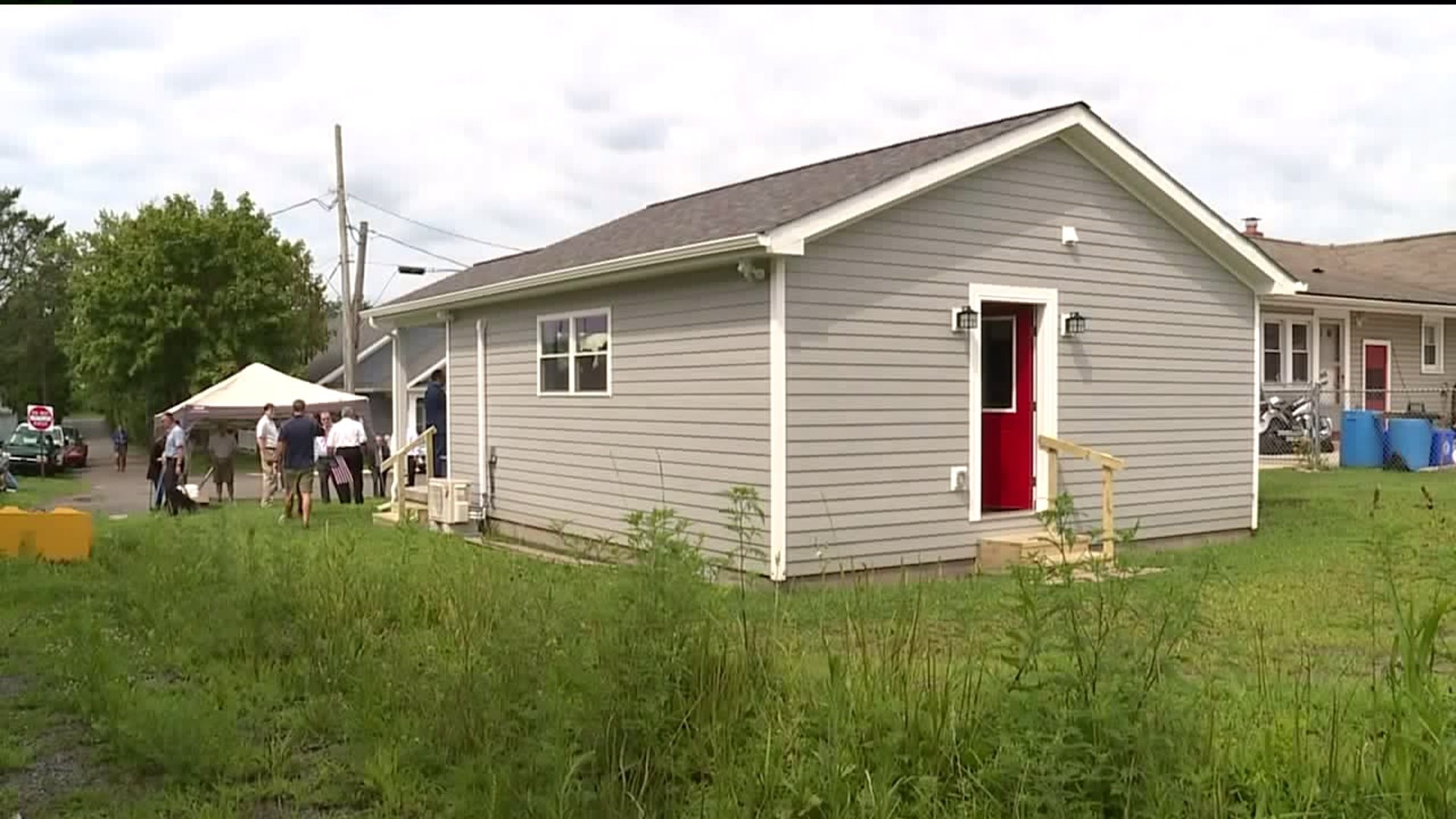 BERWICK, Pa. -- When Tim Maron of Berwick was thinking about ideas for his Eagle Scout project, he knew he wanted to help veterans. Then he heard about people who were building tiny houses down south.

"That made me think of what we could do here and it just kind of blossomed into this," Moran said.

Fast forward two years, Tim is cutting the ribbon on a tiny house in Berwick that will soon house a homeless veteran. Tim enlisted the help of Community Strategies Group, a nonprofit from Bloomsburg that focuses on bettering neighborhoods.

"The more we talked to Tim, the more we recognized that we had maybe the ideal spot for his venture, which is this spot. At the time it held a condemned property," Rich Kisner said.

"It's been stressful always having to worry about what's happening, is it going fast enough," Maron said.

A representative for Community Strategies Group says the group has done housing projects all throughout Berwick but nothing quite like this.

"He did all the work. It was really rewarding to be a part of to see a young scout like this take the initiative," Kisner said.

Wells Fargo Bank funded most of the project and materials were donated by local businesses. Tim tells Newswatch 16 he is proud of the tiny house and excited for the veteran to move in.

"It's really great. I'm really happy at how it turned out and I think the person receiving it is, too," Maron said.

Tim is working with the Wilkes-Barre Veterans Association to find the homeless vet who will live here.