Dogs Found Hungry and Alone after Owners Locked Up

SUNBURY– When you meet Baxter and Mystery you can tell they are hungry for affection. However, staff at the Animal Resource Center near Millville said the... 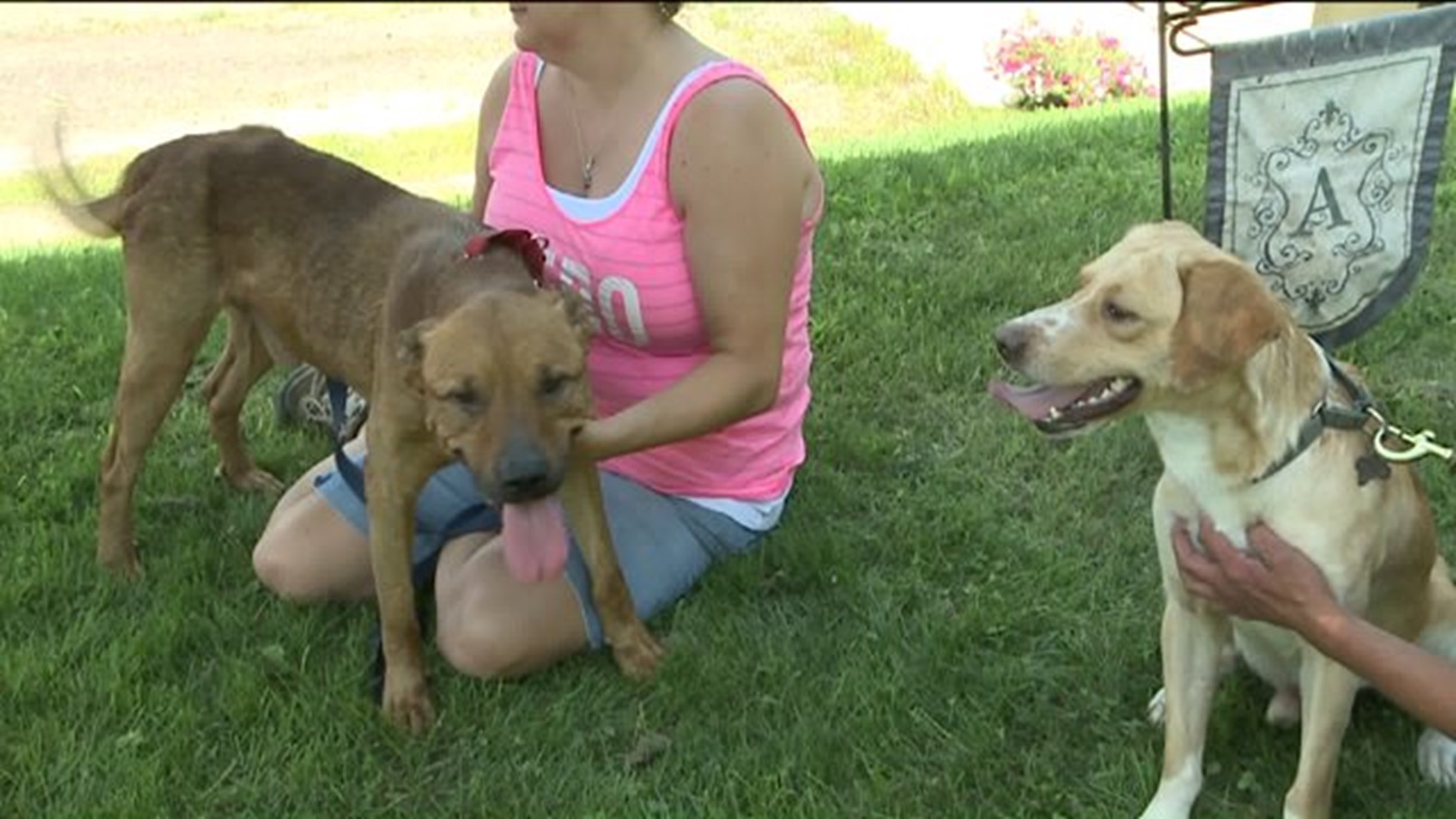 SUNBURY-- When you meet Baxter and Mystery you can tell they are hungry for affection.

However, staff at the Animal Resource Center near Millville said the two dogs were practically starving when a humane officer found them in a house at 616 South Front Street Friday evening.

Shelter staff said they had been left alone since Thursday when their owners were arrested, however officers did leave a bag of food that the dogs finished off.

Investigators said the dogs were so malnourished they chewed through a wooden door. The Boxer mix and Golden Retriever mix were immediately taken to a vet and then to the shelter.

Kennel manager Marcia Belles says that the first priority is to help the dogs gain some weight, but it has to be done slowly and carefully.

Humane Officer Richard Wright said he learned about the dogs Friday through a code enforcement investigation and a dog warden.

He did not want to release the names of the owners, and said he was not sure exactly why they were taken into custody. He adds that the pair could now be charged with animal cruelty and could also be required to make restitution for veterinary bills.

Belles said the goal is to help the dogs gain weight, slowly and carefully. She would like to see them put on about 15 pounds each. Ideally, a home will be found that can take both dogs.

"They are very forgiving. I don't know if a human was left in that situation that they could forgive and forget, but dogs are awesome."