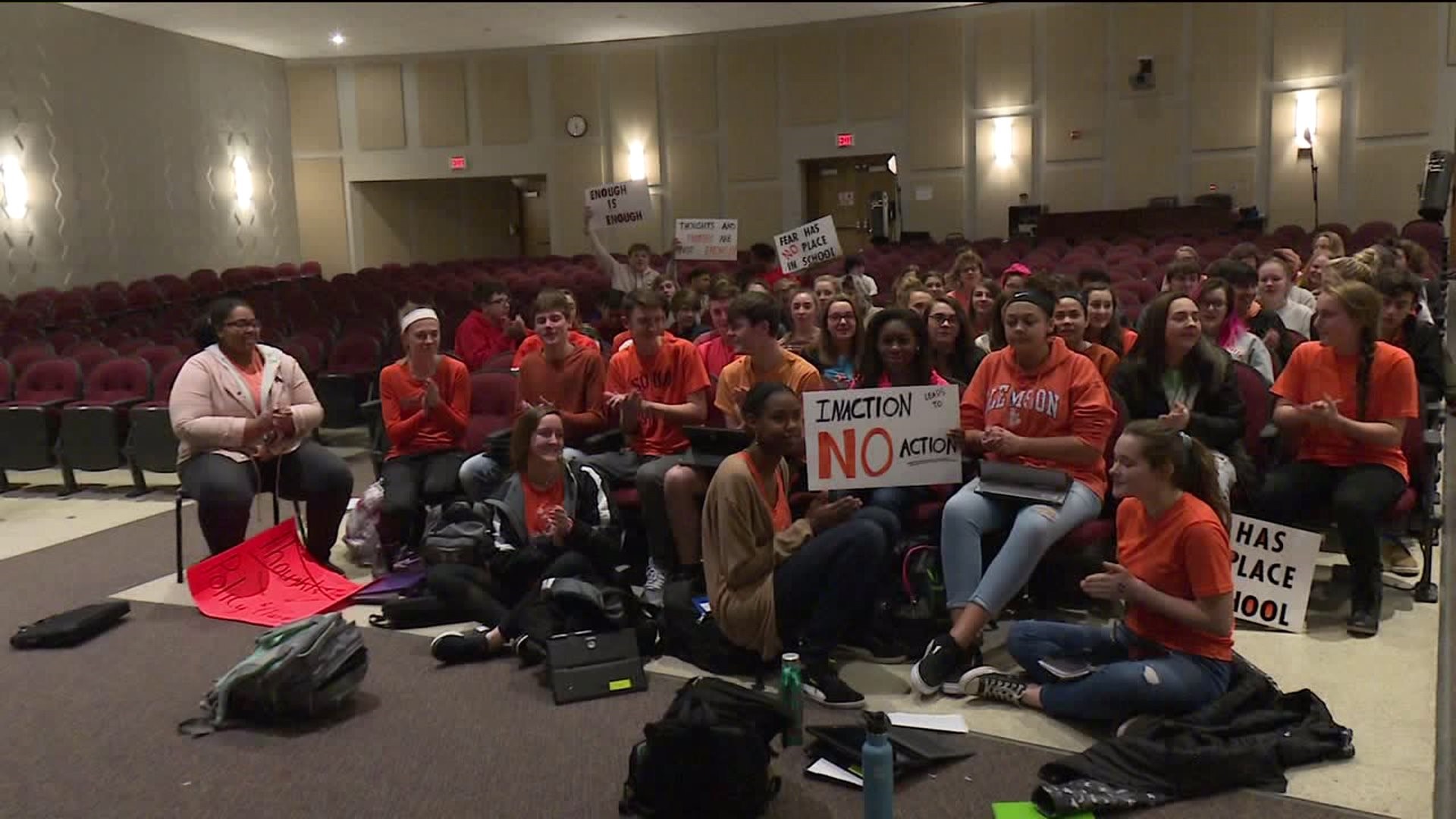 BLOOMSBURG, Pa. -- Students at Bloomsburg Area High School had two separate walkouts at the school in Columbia County. In both cases, students faced consequences for leaving class but still participated in the nationwide movement.

Most students stayed inside the school while a few left, but all involved walked out of class. They wanted to make their voices heard, telling Newswatch 16 that enough is enough and schools nationwide need to be safe for students.

Only a few students walked out the doors of Bloomsburg Area Senior High School for National Walkout Day.

Facing a two-day suspension, brother and sister Elijah Scurry and Niiki Housewert still decided to walk outside to make sure their voices were heard, protesting gun violence.

"Between track and doing what is right and contemplating, I decided to do what is right. Track can come another day," said junior Elijah Scurry.

A family member of two of the students tells Newswatch 16 he was in support of their choice to walk out. He believes more students should have come out but was happy with the few that did.

Some students decided to leave their classrooms but not the building but they were still punished with a one-day in-school suspension.

They sat in the auditorium to serve that but still had signs honoring those who lost their lives at Parkland High School in Florida.

Jenna Madden has never been suspended or served a detention in her four years at Bloomsburg Area, but she tells Newswatch 16 she was inspired by the students speaking out in Florida.

"It's something I believe in and that we need to make a change in this country and make sure all schools all around the world are safe," said senior Jenna Madden.

The national protest against gun violence doesn't end on Wednesday. Next week, there will be a national "March For Our Lives" event in Washington, D.C. with students all over the country.