BLOOMSBURG, Pa. — An ice cream shop in Bloomsburg known for its early season opening day had to change its plans this year. With spring in the air, and th... 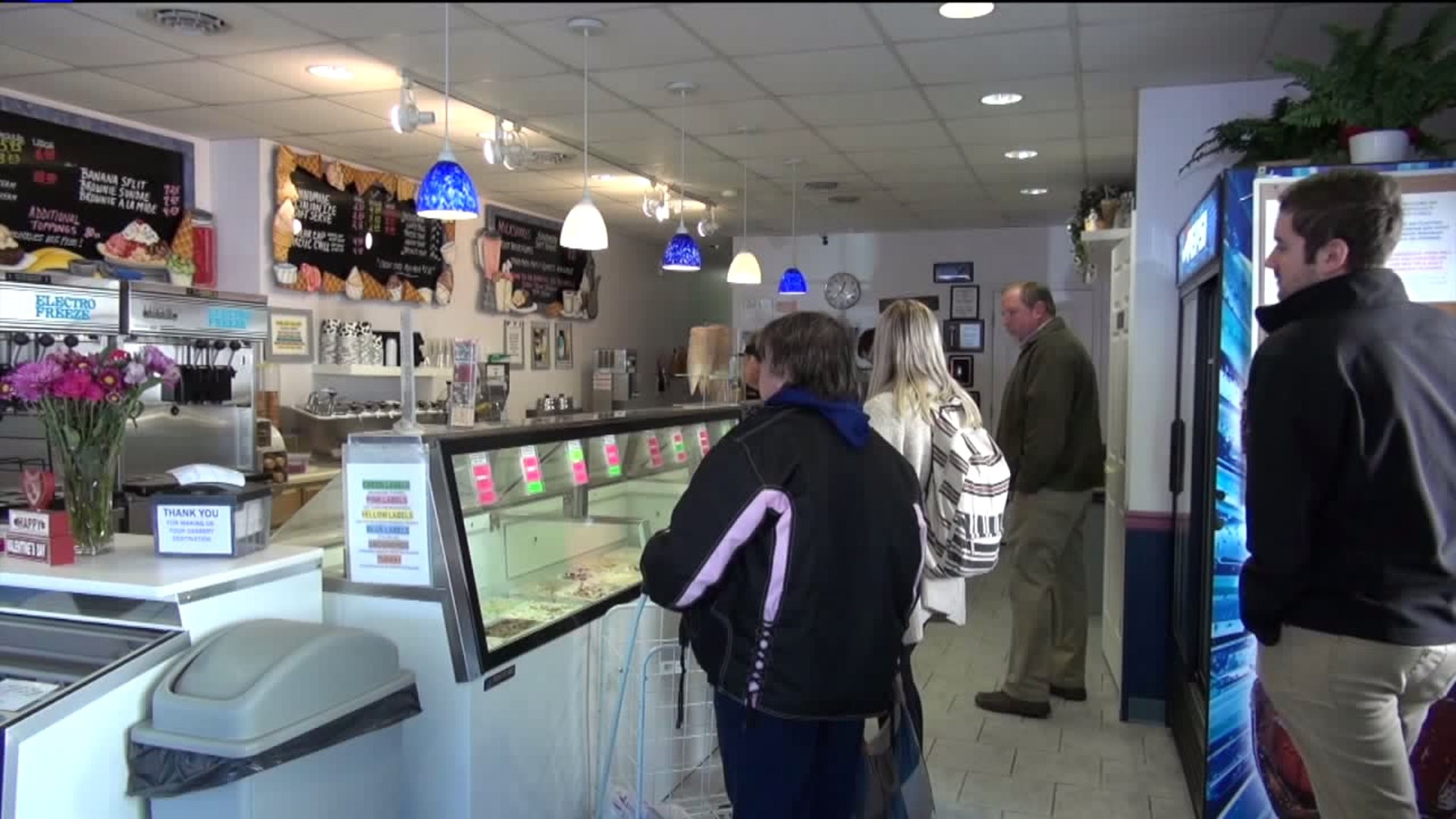 BLOOMSBURG, Pa. -- An ice cream shop in Bloomsburg known for its early season opening day had to change its plans this year.

With spring in the air, and the ice cream chilled, it was a nearly perfect opening day for Brennan's Big Chill in Bloomsburg.

Brennan's Big Chill is known for opening its doors for the season on Groundhog Day, but for the first time in 15 years, that didn't happen because of a small freezer fire.

The fire happened on Friday, just one day before Groundhog Day and the scheduled opening day. Brennan's lost all of their homemade ice cream and cakes.

"I think you just go into flight mode," said Brian Brennan. "You just know what you have to do. You go into the do mode. We immediately came in just took care of the things we knew we could take care of. There's things you can't change."

Employees worked all weekend long getting new products and making new ice cream. Customers say it was worth the wait, especially on this spring-like day.

"The weather is better today, and it's on a Tuesday and it worked out fine."

Brennan's opened for the season just three days behind schedule, and Newswatch 16 was there for the first customer with the Brennan family thrilled to be back.

"What happened here was minute. It really didn't matter to us. It's more important that the customer was satisfied or not disappointed," said Brennan.

Brennan's Big Chill will now be open until just a few days before Thanksgiving.