STILLWATER, Pa. — A church in Columbia County held a special celebration Sunday morning after a bell that is nearly a century old was finally installed in... 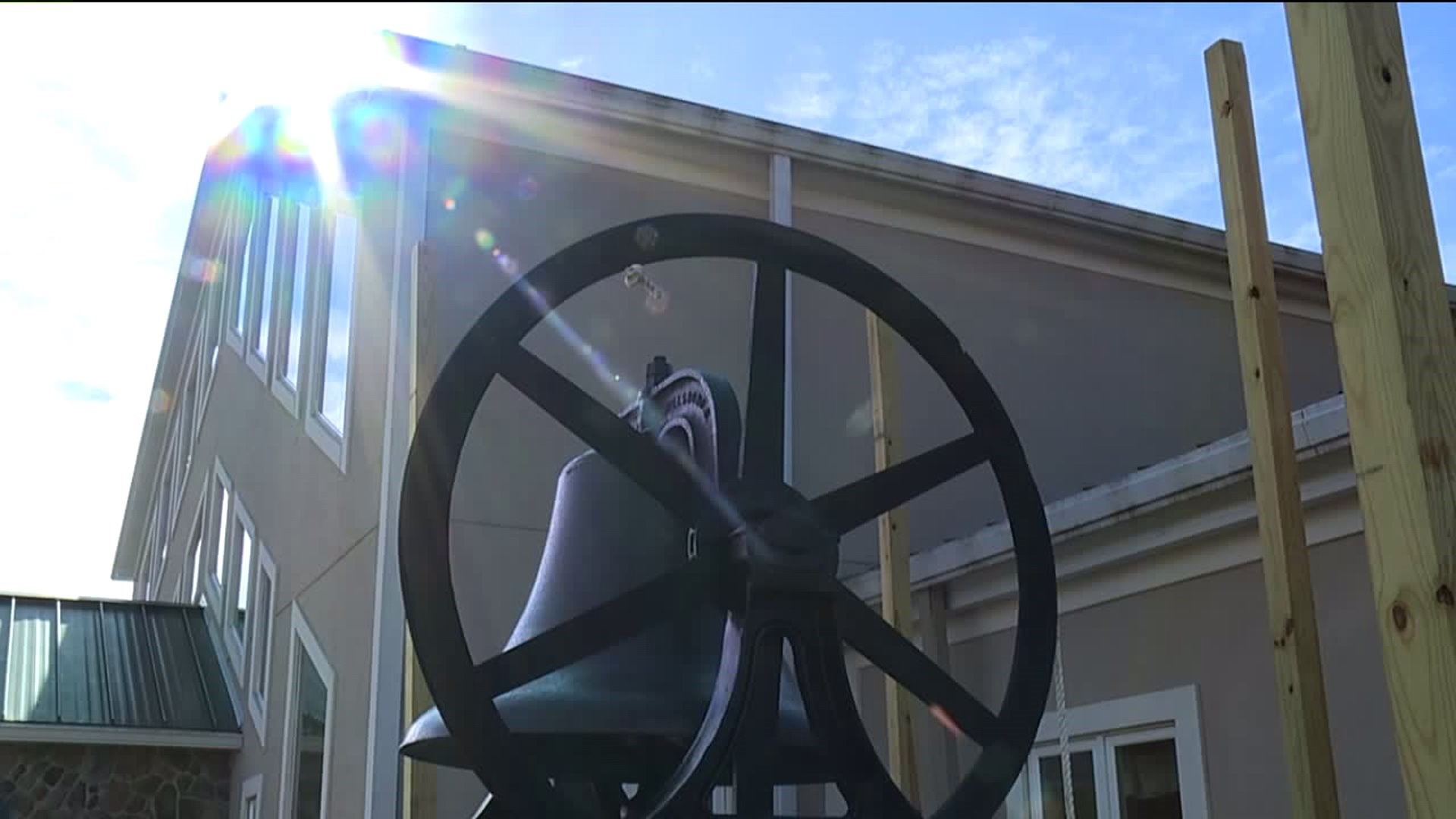 STILLWATER, Pa. -- A church in Columbia County held a special celebration Sunday morning after a bell that is nearly a century old was finally installed in it's new home.

Wayne McMichael was just a kid when he rang this church bell for the first time.

Now, at 86 years old, he was on hand to help welcome the bell to its new home at Stillwater Christian Church near Benton.

His son, Bruce, and grandson, Wayne, were there to help as he rang the bell once again.

"It's awesome, it means a lot. I know it meant a lot to him you could see it in his eyes today when it was going up, and how much it meant to him, and his family, and how long it's been here and how long it's going to be here for the future," said Wayne McMichael.

The bell once stood in this steeple in the former church building, now a house just a half-mile away from its current home. It took the church four years to get it moved to its current perch.

Mr. McMichael was so moved by the day he could barely speak, but his son tells Newswatch 16 this day means so much not just to his father, but the entire family.

"He trained me to do it as a kid. I was so little when I would ring the bell, I would go up with the rope and come back down, that's how small I was when I rang it!" explained Bruce McMichael.

Church leaders say the bell's new home is still a work in progress. They are hoping in the next couple of months to raise enough funds to add a roof over the bell.

The bell was cast in 1921, and installed in its original steeple in 1924. Wayne McMichael Sr.'s father helped to bring the bell to its first church, and so it was only fitting that Wayne and his family helped to welcome the bell home.

"It's definitely something I hope to share with our future children, and bring them here and show them the past generations and what they built and what it's going to mean for the future," said Wayne.

The church plans to ring the bell each Sunday before it's weekly service.