Child Killed in Crash Near Berwick

BRIAR CREEK TOWNSHIP — A child was killed in a crash in Columbia County Tuesday morning. Police said the crash happened on Martzville Road in Briar Creek ... 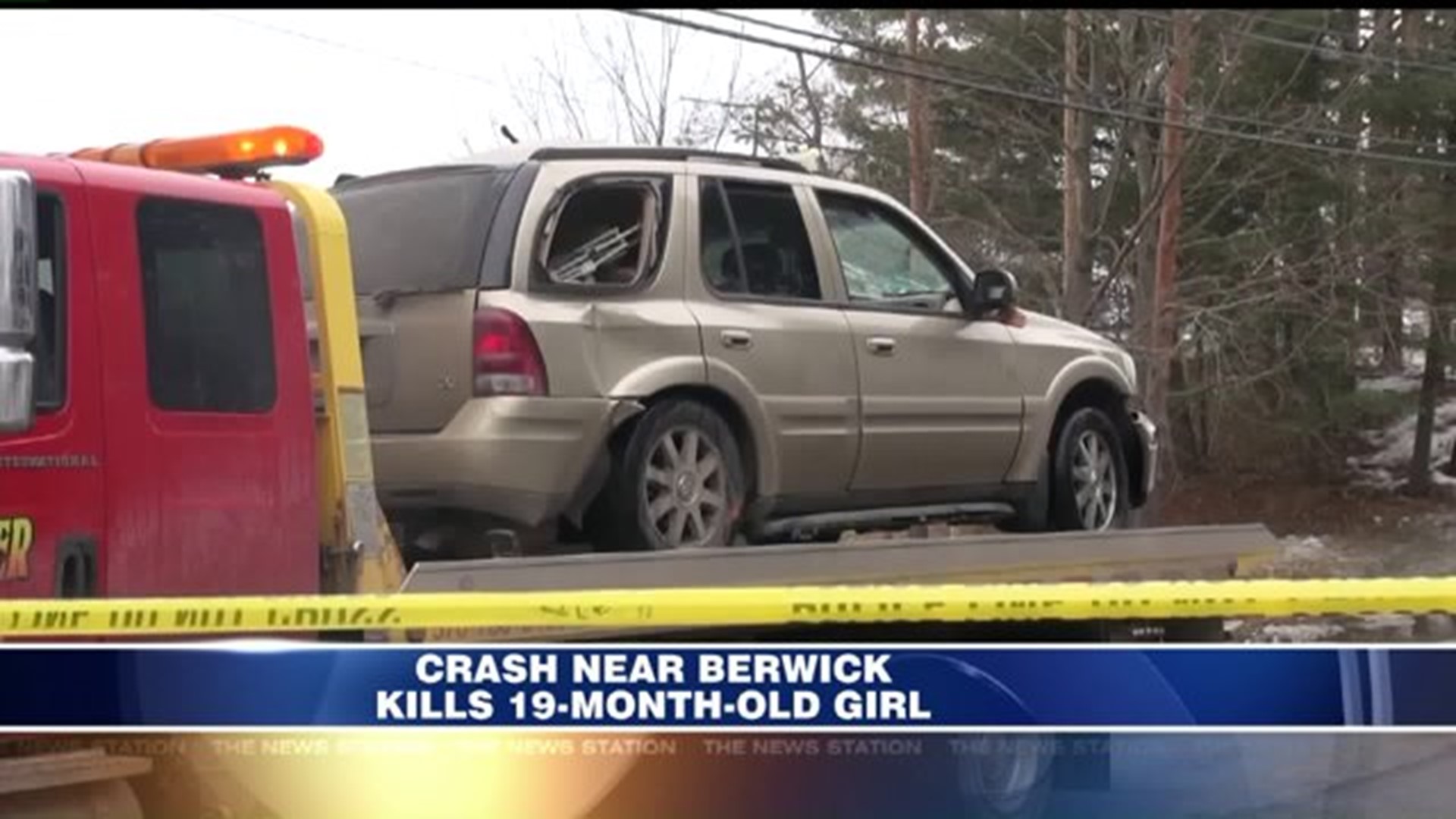 BRIAR CREEK TOWNSHIP -- A child was killed in a crash in Columbia County Tuesday morning.

Officers tell us a grandmother in her mid-50s was driving when her vehicle hit a pole.

Her 19-month-old granddaughter in the back seat of the vehicle was killed in the crash. The toddler was thrown from the SUV and police say she died on impact.

They say the girl was behind the driver's seat, but what police are not saying is whether she was properly secured in a child seat.

When the vehicle was removed from the scene, it was clear that most of the damage was in the area where the child was seated.

We spoke to some people who live on the street where it happened.

"This is just my opinion. It was kind of icy, and I thought, you know, maybe on the curve they lost control or something," said Dorothy Linsinbigler.

We spoke to a man who lives just behind the utility pole that was struck. He said he ran out seconds after the crash and saw the little girl outside the SUV. Police told him there was a car seat in the vehicle, but police are not commenting on whether the child was properly strapped in or not.

The grandmother was flown to the hospital.

Police are still investigating the cause of the deadly wreck.