Campers Washed Out by Flooding

Thousands of people spent their Memorial Day weekend camping all over northeastern and central Pennsylvania. Many campers at Knoebels Amusement Resort had their... 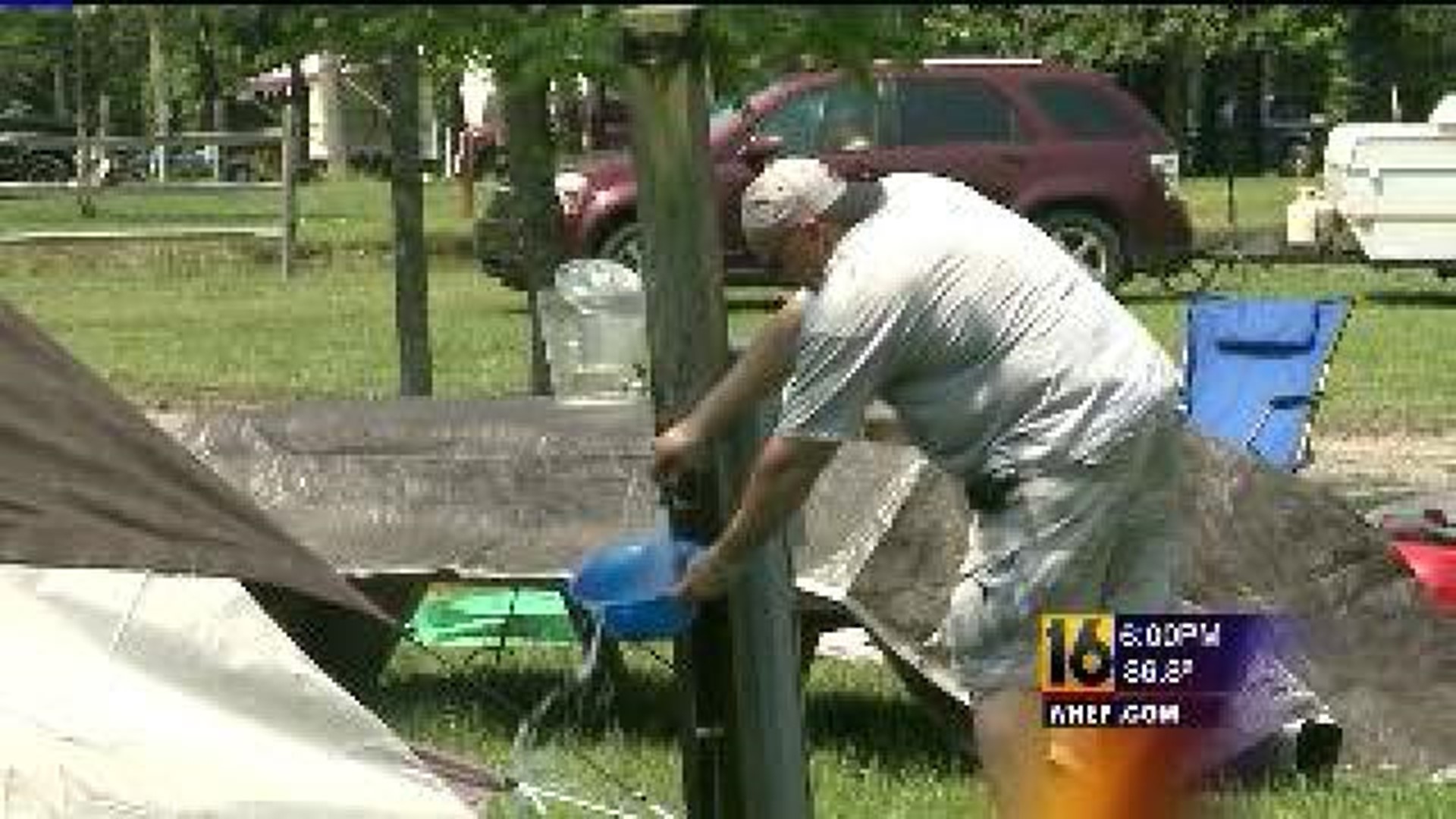 Thousands of people spent their Memorial Day weekend camping all over northeastern and central Pennsylvania.

Many campers at Knoebels Amusement Resort had their holiday cut short because of flooding after some strong storms blew through.

It was a memorable Memorial Day for Mike Hendershot. He and his family spent the weekend at Lake Glory, a campground at Knoebels near Elysburg.  Rain and flooding forced Hendershot and his family to leave a day early and head back to their home in Williamsport.

"It was raining really bad. Basically, I guess, it was a flash flood.  People at the campground said you have to get ready at a moment's notice.  By time I got out and picked everything up it was already coming through here," recalled Hendershot.

Fifty campsites were evacuated, but a lot more people than that ended up leaving.

"We pretty much just grabbed out clothes. We left all of our tents here.  We grabbed whatever we could and just left," said Joseph Setzler of Phoenixville. Some of the campers were back at Lake Glory, checking out the damage.  Setzler and his family live close to Philadelphia so they checked into a hotel. "We got here last night at about 10:30.  The water was pretty high and we were like let's get out of here. We didn't want to wake up floating down the creek."

"We thought it was about an hour out, then all of a sudden this storm just appeared," said Joe Muscato of Knoebels. He added the amusement park didn't get any damage and most of the campsites were okay. "The staff we had here and some others we mustered. We had some people who live over by Lake Glory come over and help people pack up and get out as best we could."

The roadway leading to the amusement park was damage from the storm.