BLOOMSBURG — The sign outside W.W. Bridal on Market Street in Bloomsburg says open, but the door is locked. The bridal shop is currently only accepting ap... 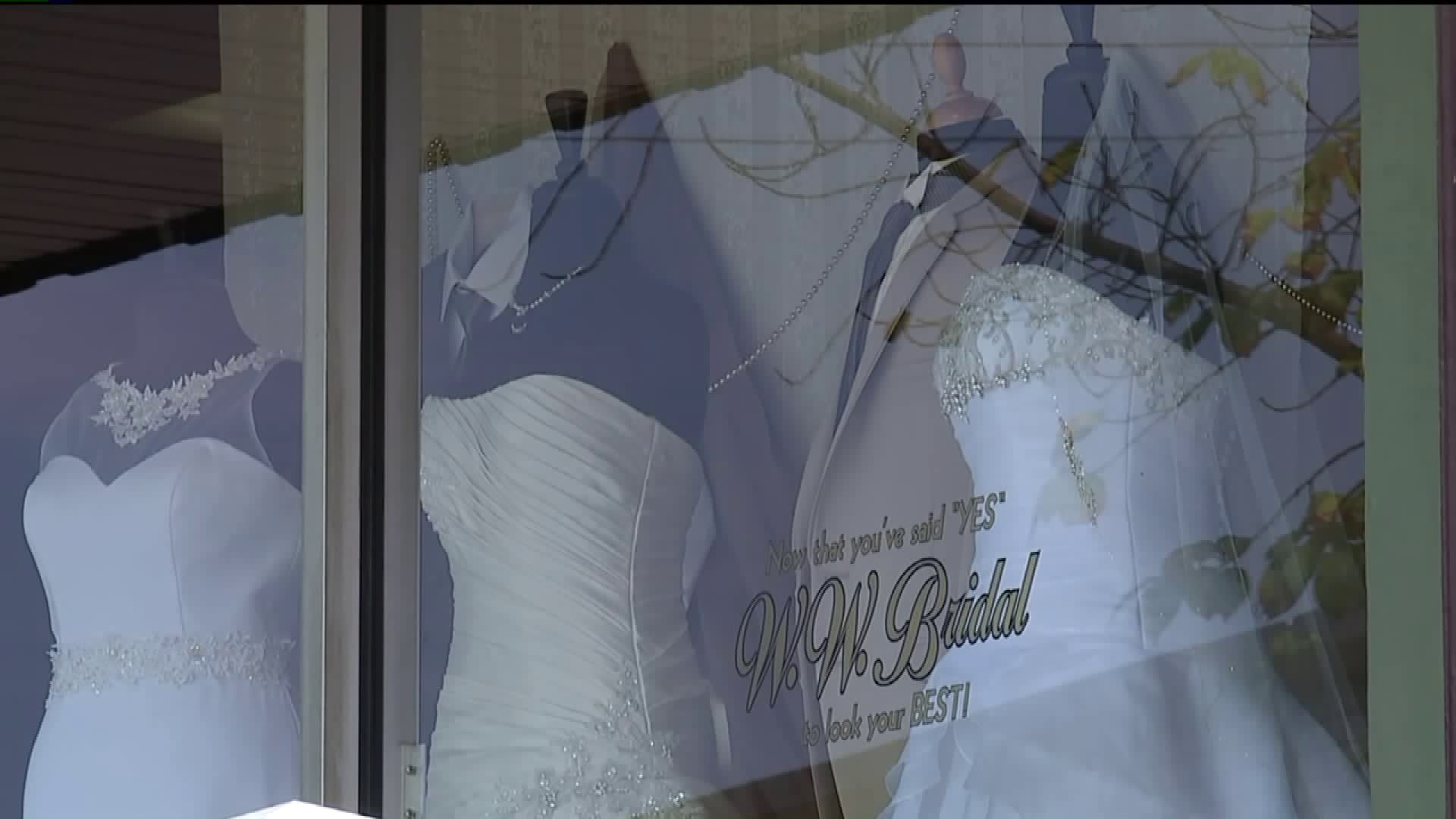 BLOOMSBURG -- The sign outside W.W. Bridal on Market Street in Bloomsburg says open, but the door is locked.

The bridal shop is currently only accepting appointments and not walk-in customers. The owners have been getting death threats because of their policy of refusing customers shopping for same-sex weddings.

W.W. Bridal caught heat in 2014 when the owners would not sell wedding dresses to a same-sex couple. Then early last month, a couple from West Pittston was turned away.

"They have the right to say no. If the people come there and don't like it they can go someplace else," Delmer Zeisloft said.

Now the Bloomsburg Police Department is involved. The owners of W.W. Bridal are getting death threats by email, phone, and social media. Police are tracking the threats. No matter how people feel about the situation, everyone we spoke with agrees the threats are wrong.

"That's going a little too far. I think it's very disturbing to know that people would lower themselves to that level," Zeisloft said.

"No, that's not right either, but denying somebody happiness is wrong," Singley said.

Newswatch 16 stopped by W.W. Bridal, but no one wanted to comment. The business has the legal right to deny service to same-sex couples.

43 municipalities in Pennsylvania have an ordinance on discrimination based on sexual orientation. Bloomsburg is not one of them. But some people here think that needs to change.

"If it's an old couple, a young couple, a same-sex couple, they shouldn't deny anybody no matter what," Heather Long said.

Bloomsburg Town Council discussed making an anti-discrimination ordinance in 2014 but never passed one. Council did not respond to our request for comment as to whether the town will revisit the issue.