BLOOMSBURG, Pa. — On the eve of the 18th anniversary of the terror attacks on September 11, 2001, the country is preparing to remember those who lost thei... 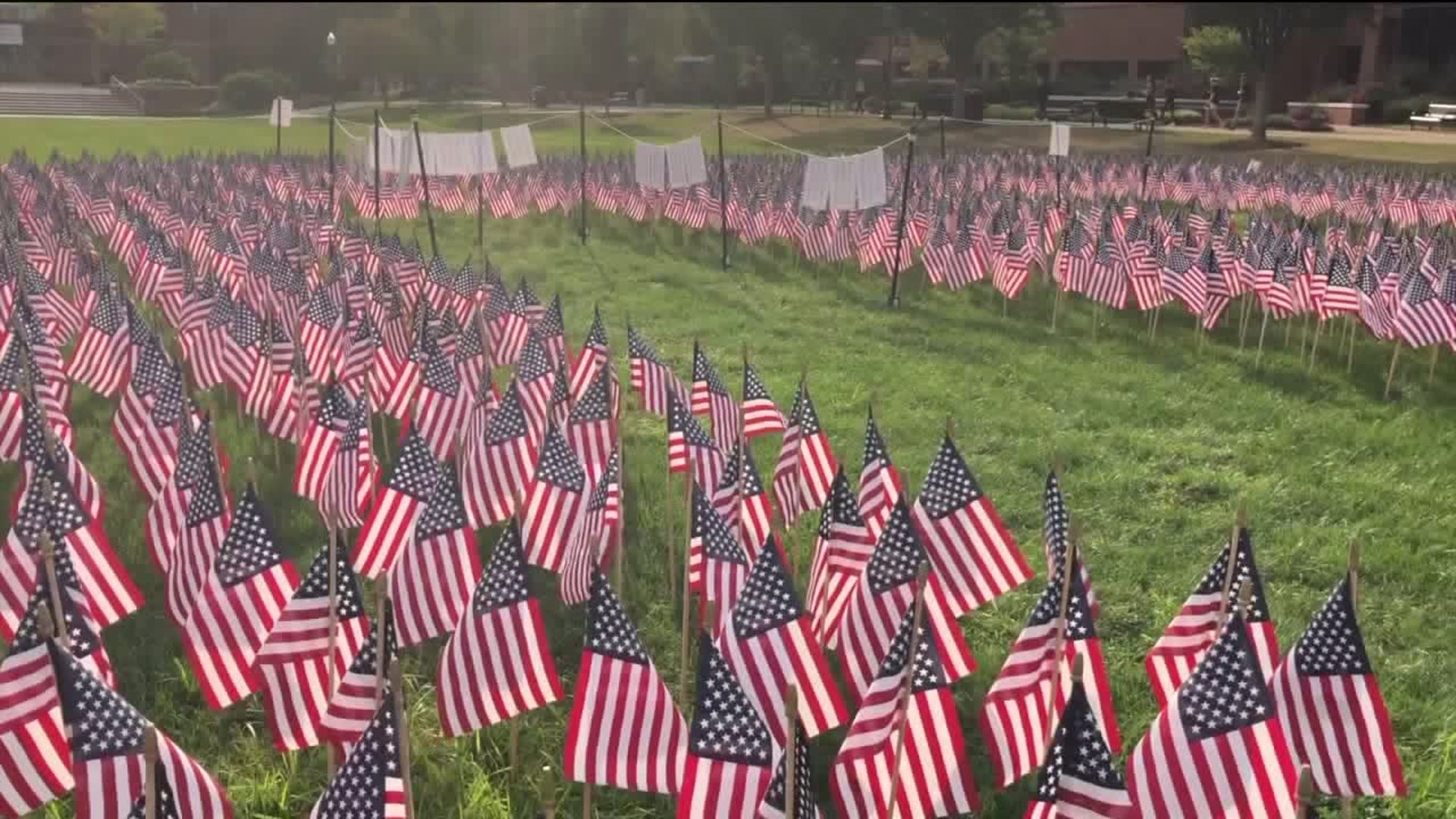 BLOOMSBURG, Pa. -- On the eve of the 18th anniversary of the terror attacks on September 11, 2001, the country is preparing to remember those who lost their lives on that tragic day.

Bloomsburg University is just one of those in our area planning a memorial service.

More than 2,000 American flags stand proudly on display on the quad of Bloomsburg University's campus. They stand in the face of the terror attacks that took place 18 years ago.

The Bloomsburg chapter of Student Veterans of America installed the arrangement over the weekend in preparation for the 9/11 ceremony set for Wednesday. This is where students and faculty will mark the anniversary of the worst assault on our country's soil.

On the sheets of paper hanging over the flags are the names of those lost on the fateful day.

The reason the display went up days before 9/11 was to give people time to visit.

“It's a very powerful time. Those who were not even born are now in college, and they are living and they have no memory of it themselves, so it's our duty to help continue the legacy of the memory of the attacks,” said Student Veterans secretary Paige Landrum.

Students here are proud the university is doing something to remember September 11th. They're even prouder to learn it's their fellow classmates that are organizing this service.

The first moment of silence will begin at 8:46 a.m. Wednesday. The flag display will remain up through September 12 at Bloomsburg University.