Some members of the community are worried about parties, gatherings, and an influx of kids coming back to town from COVID-19 hot spots. 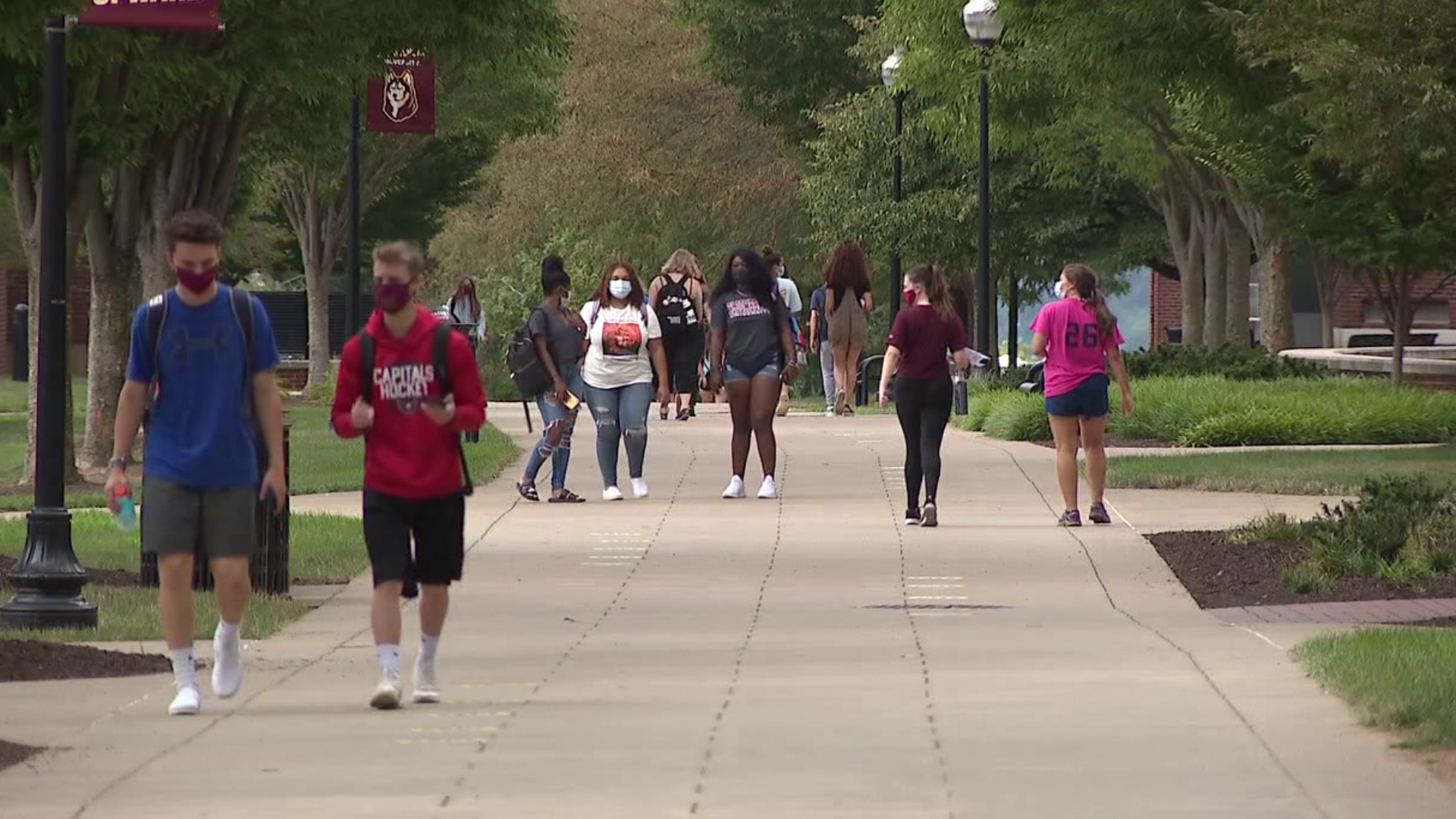 BLOOMSBURG, Pa. — Thousands of students are back in Bloomsburg this week as classes at the university get underway. Just about everybody we saw on campus was complying with the school's mask policy, but downtown it was a very different scene and few kids had them on. Students we talked with even admitted to attending parties over the weekend.

Maroon and gold sportswear along Main Street in Bloomsburg means kids are finally back on campus. Move-in day was Saturday. After being away from school for five months many kids were ready to reconnect with their classmates.

"Definitely looking to some parties outside because I'm pretty sure it's 250 people so that's probably going to happen down the line," said sophomore Jason Mills.

Newswatch 16 got some tips about some large parties in Bloomsburg and some students admit they socialized in groups of more than 25 over the weekend, despite warnings from school officials, the town mayor, and local police

"Corona like doesn't bother me down here I'm alone, and it's all kids so I don't think I'm going to like, die, so I'd be fine with getting it," said sophomore Jake Roytman.

A spokesman for the university wants to remind students that their behavior could affect other people, possibly exposing them to the virus. A university employee tested positive for COVID-19 on Friday.

On campus, students are mandated to wear masks and practice social distancing but off campus, school officials can only encourage them to continue those precautions.

"When they are in town and living here, they should be good neighbors to everyone and that means wearing their mask, wearing it properly, social distancing, and avoiding those large gatherings," said university spokesperson Tom McGuire.

The Bloomsburg police chief says they've been working with the university to monitor partying, and right now, hosting a party with more than 25 people could result in a fine of $1,000 under a town ordinance.

"Part of that ordinance explains in there that a disorderly gathering can be conduct which might endanger the health, safety, and wellbeing of the citizens of Bloomsburg," said Bloomsburg Police Chief Rodger Van Loan.

Students say they were well warned about the consequences of throwing and attending large parties before they came back to school.