BLOOMSBURG, Pa. — Hundreds of students came together Wednesday at Bloomsburg University to protest racism on campus. This comes after a video surfaced of ... 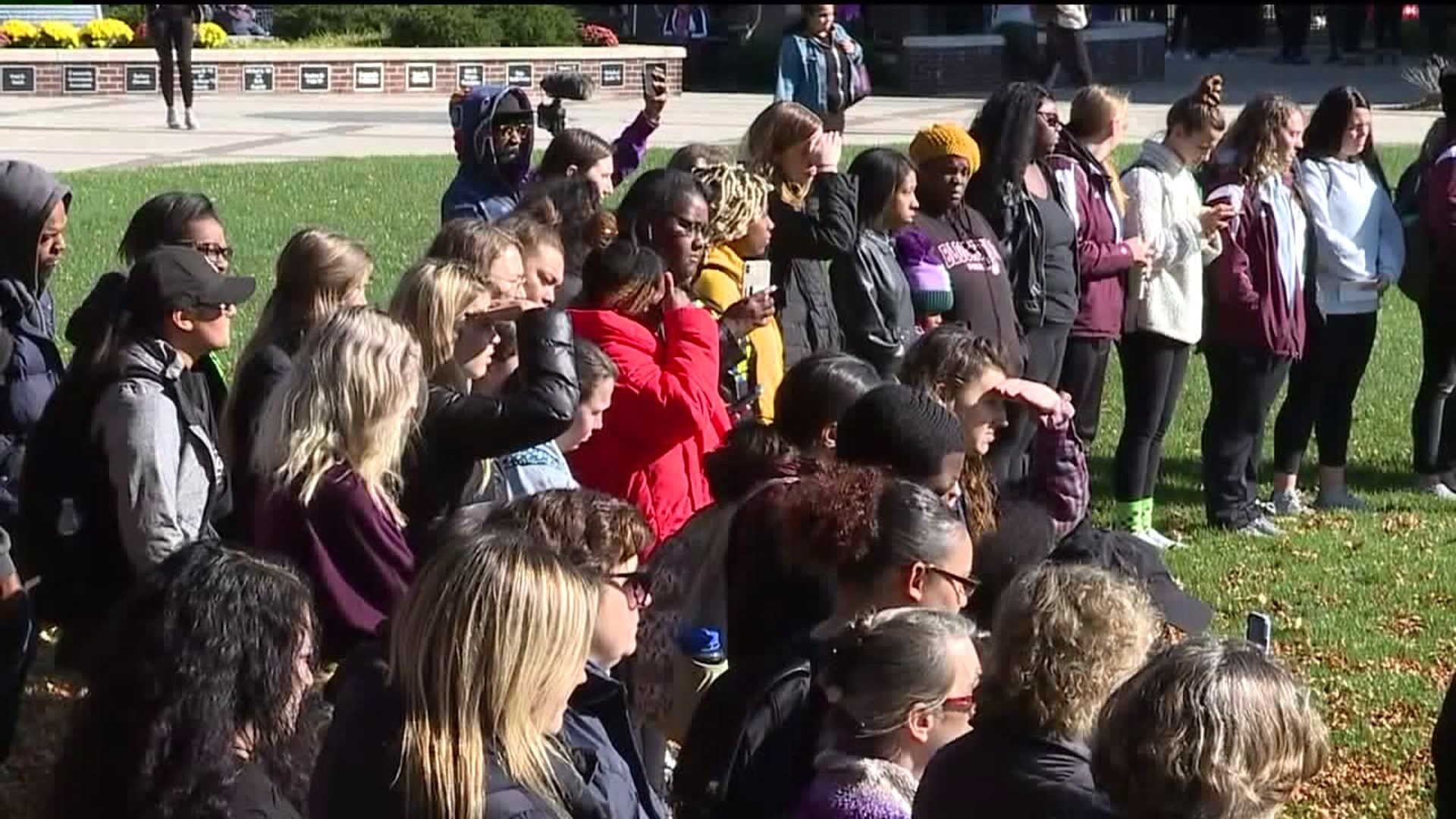 BLOOMSBURG, Pa. -- Hundreds of students came together Wednesday at Bloomsburg University to protest racism on campus. This comes after a video surfaced of a student who worked in the athletic department used racist language as he acted out a slave auction.

Around 500 students gathered at the Bloomsburg University quad, and many of them held signs that said, "no hate." The protest lasted for about 45 minutes and included a march around campus.

The protest comes just days after a video posted on social media showed a Bloomsburg University student acting out a slave auction and using the N-word.

"It's a word that's so rude, that's so derogatory. It takes you back so many years. A lot of people don't like to talk about how slavery only happened 100 years ago," said senior Asa Whiters.

According to the university, the student worked in the school's athletic department and has now been fired. Bloomsburg University put out statements on its social media and emailed students to let them know what happened.

As a result of the social media post that involved the student, several groups on campus organized this peaceful protest.

"Instead of saying you want change to happen, you actually take an initiative and that's the important part of what today is about," Whiters said.

"It's a bunch of people. I did not think it would be this many people. Not just black people, it's everybody, not just people of color, it's everybody," said freshman Kamara Byrd.

"I think it was a good turnout. I'm glad that everyone came together and I'm glad this became peaceful, too," said sophomore Damian Melendez Andriuloi.

In addition to losing his position as a student trainer, the student involved in the social media video faces a code of conduct hearing in the near future. He could face additional punishment.