BLOOMSBURG, Pa. — It was another block party for the history books in Bloomsburg. Bloomsburg University students held their annual event this past Saturda... 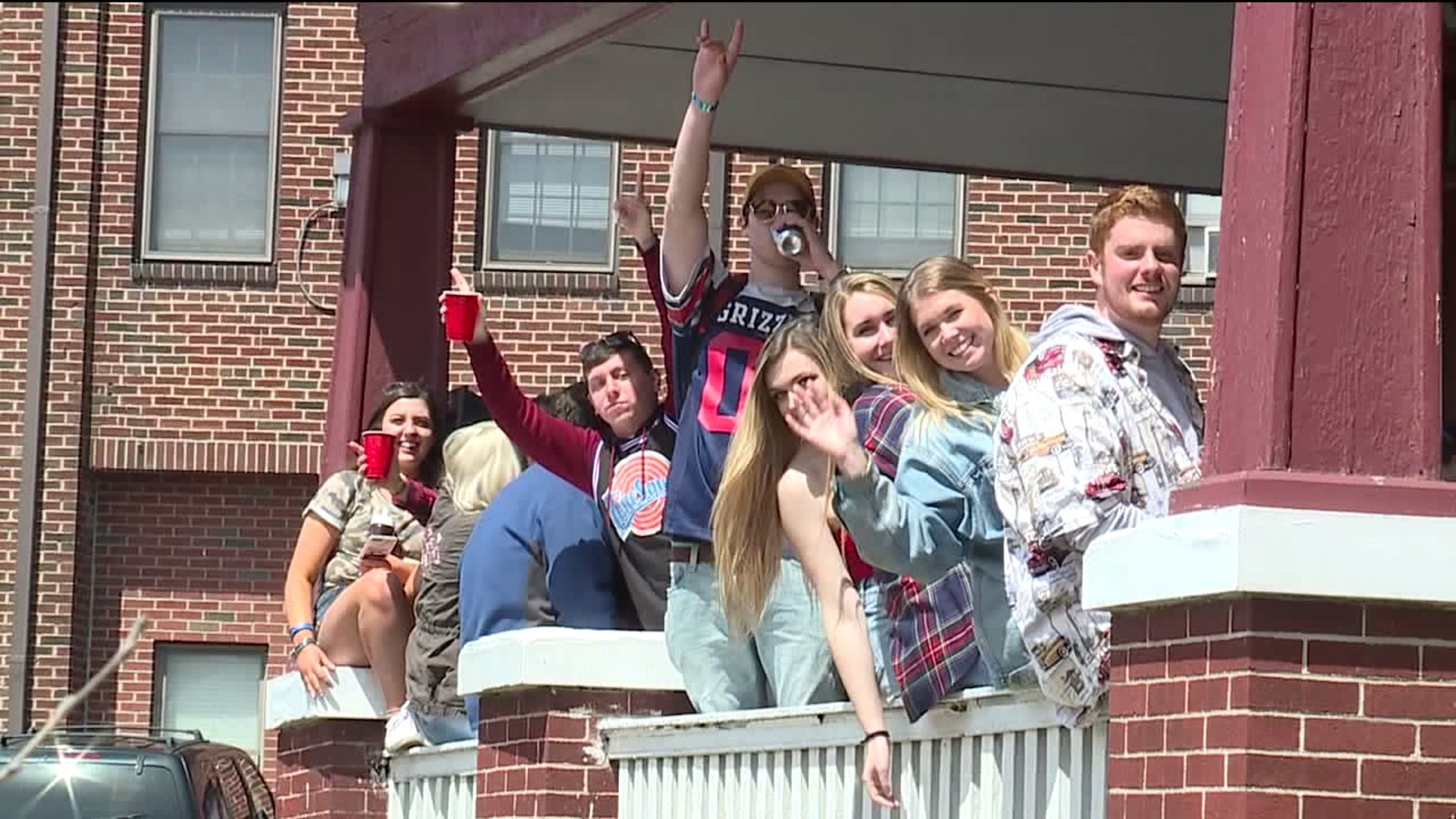 BLOOMSBURG, Pa. -- It was another block party for the history books in Bloomsburg.

Bloomsburg University students held their annual event this past Saturday.

The party has been controversial for the town as many see it as a booze fest that inevitably gets out of hand, turning into an alcohol-fueled day of fighting and vandalism.

In April of 2013, 70 people were arrested after the party turned violent and a police vehicle was damaged.

But this year, Bloomsburg Police Chief Roger Van Loan says his officers saw a much calmer gathering around town.

Students noticed it as well.

“I think it went pretty smooth. Like in past years, there was a lot of [people getting jumped] and stuff, but this year I think it was pretty successful,” said senior Sal Feliciano.

The chief credits a plan his department and university officials came up with a year ago, prohibiting parking at area lots at the university and at the hospital, saying 80 percent of arrests made are people who don't attend the college.

The university also sent out emails to students, saying students could only have one guest in the dorms, and campus parking lots were restricted.

“The idea that if there's no place to park and no place to stay, maybe they won't come from the outside,” said Chief Van Loan.

“With them canceling out parking and that stuff, makes it so that random people can't show up, and that does help with things because it's all the random people that cause all the problems,” said sophomore Sydney French.

Bloomsburg police are still tallying arrest numbers, but the chief says about 200 summary citations were handed out and about 20 drug-related arrests were made.