Coronavirus testing at the Bloomsburg Fairgrounds

The Department of Health set up new testing sites in Columbia and Centre Counties. 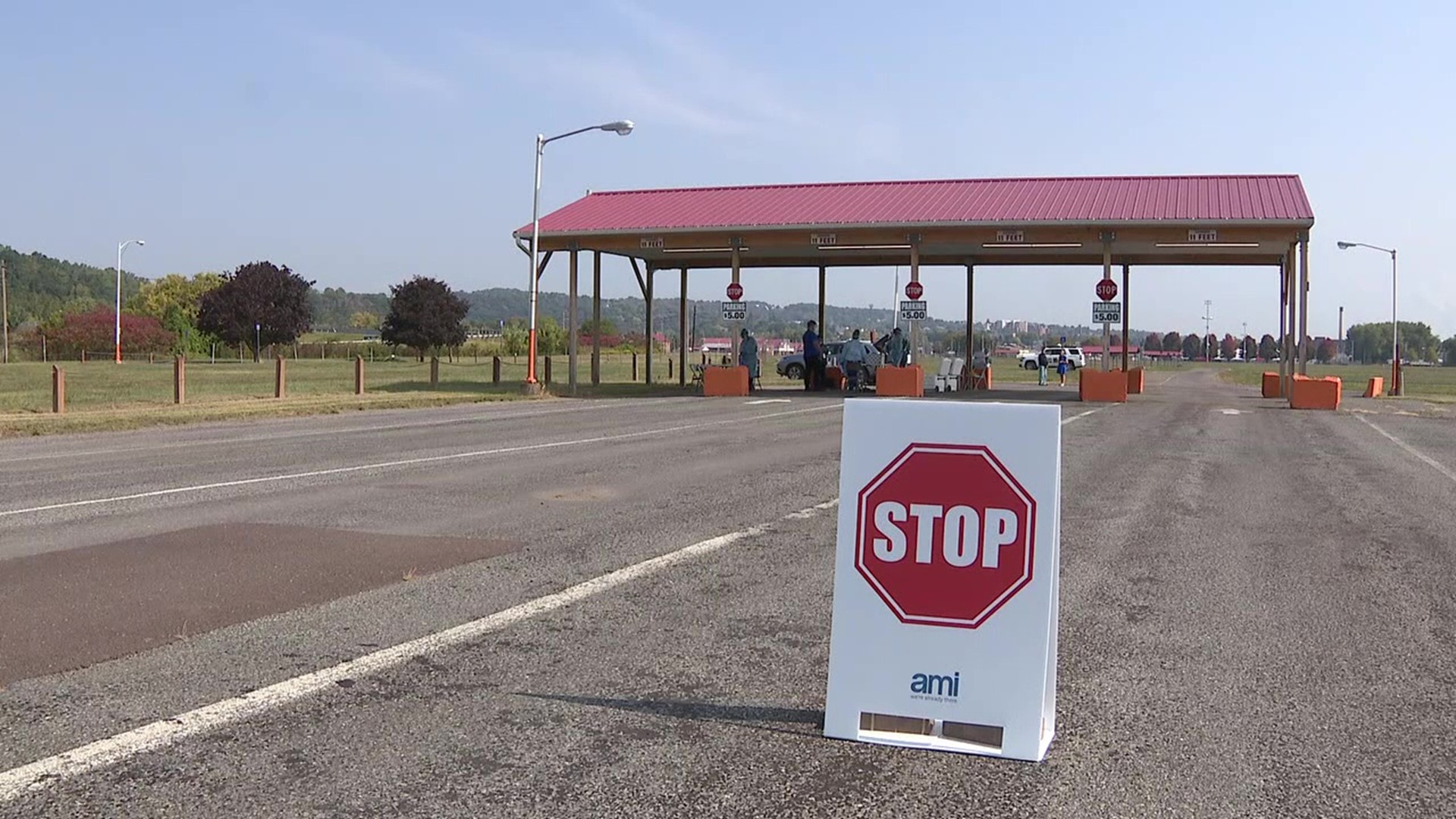 BLOOMSBURG, Pa. — The Bloomsburg Fair was canceled due to COVID-19. It would have gotten underway this weekend, but the fairgrounds are still getting used. It has been turned into a COVID-19 testing site.

The Department of Health announced last week it would set up the testing site at the fairgrounds along with one in Centre County in response to what it calls a rapid rise in cases.

"The prevalence of COVID-19 was a little higher in this county a couple of weeks ago. That was the reason why they opted to do the testing around here, primarily for the communities around this college campus," said Dr. Jorge Simental with Ami Expeditionary Health care, from Virginia.

Since the fairgrounds are not being used this week, officials decided to hold the COVID-19 testing here. There is also a site in Centre County, as State College has also seen an increase in cases.

"The idea is to identify and test the people around these communities, underserved people, students, whoever," said Dr. Simental.

Across the fairgrounds in the industrial building, there's another section for COVID-19 testing where people can walk in.

"The response has been very positive. I think people are happy that we are doing some free testing."

Dr. Simental says this testing site is open to anyone who thinks they need a test. Up to 500 tests will be given per day on a first-come, first-serve basis. The doctor says turnout has been steady.

"We've had some people come in the morning and people around lunchtime. It's been pretty positive. Some young students as well as some older couples."

The sites are open from 7 a.m. to 7 p.m. on Friday and Saturday and Tuesday through Saturday of next week.

We're told about 50 people were tested Friday morning at the site in Columbia County.