A local auctioneer who runs online estate auctions has offered to oversee the livestock auction virtually at no cost to the fair association. 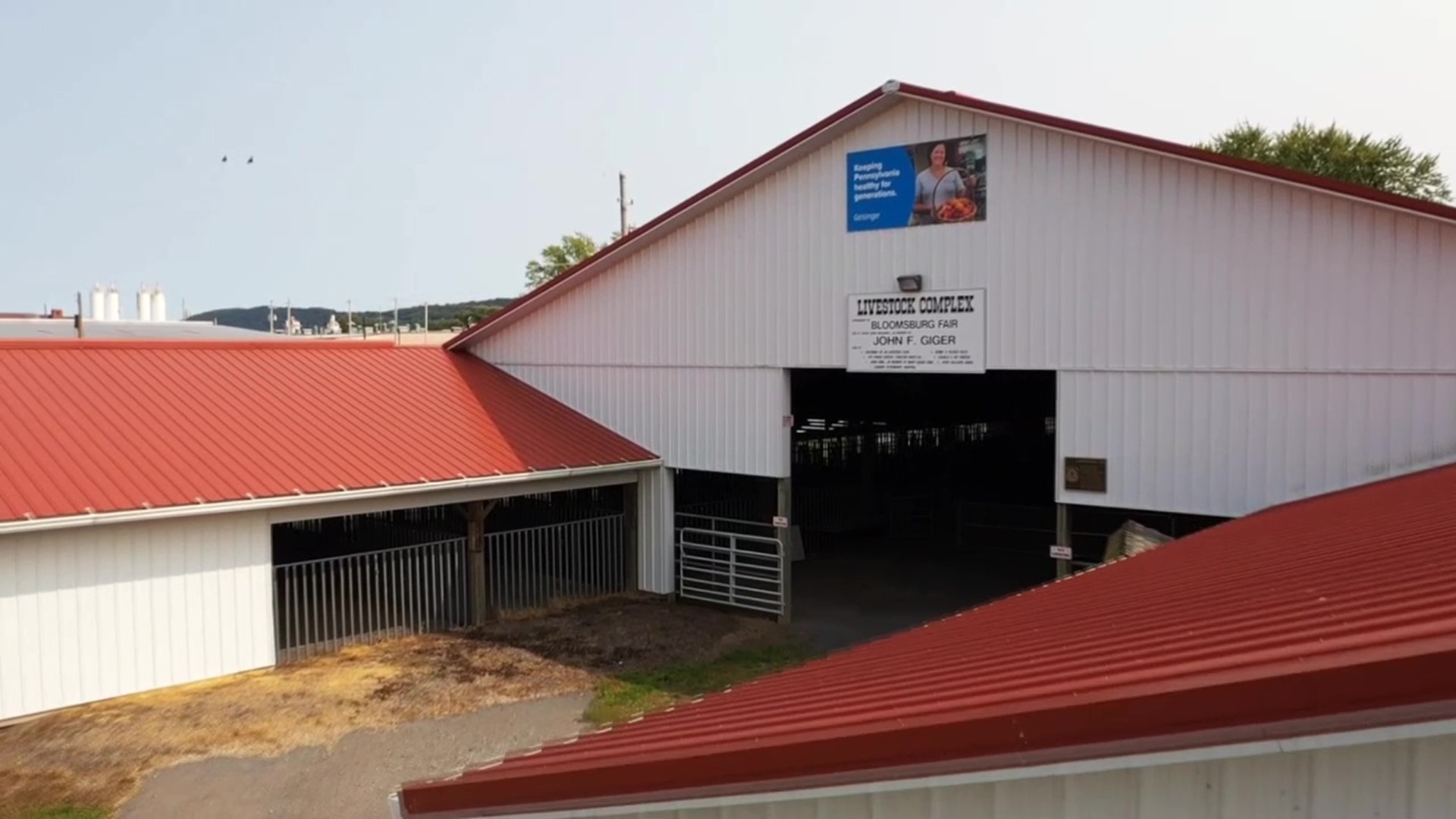 BLOOMSBURG, Pa. — You won't hear prices shouted by an auctioneer coming from this barn at the Bloomsburg Fairgrounds this year, but lots of local kids have been raising their animals all summer long to auction them off during fair week.

Auction organizers say participants usually dedicate about 12 hours a week to their livestock.

A local auctioneer who runs online estate auctions has offered to oversee the livestock auction virtually at no cost to the fair association. Thanks to Kim's Auction Service, Fair Director Jeff Giger says lots of hard work will still be well worth it.

"It's really everything, you know, it's a salvage of something for the kids that they've put a lot of time and effort into in from January, even before January," Giger said.

Normally, there's no starting bid for a given animal, but this year a professional will assign each one a market value.

Bidders can begin registering and looking at available livestock on September 28. Bidding will start October 2, the end of what would have been 2020 fair week.

"We've got to somehow get these people online to be able to bid," said Jerry McCarty, the other co-chair of the event.  "We're kind of counting on all the kids with all their tech-savvy to help grandma and grandpa put a bid in for them."

Typically, the auction would feature about 200 animals along with the kids who raise them and their families, plus about 700 bidders. With a limit of 250 people gathering in person, fair directors say it just wasn't feasible to hold the event in person.

"We aren't looking to get these kids rich or anything, just to cover their expenses of what they incurred raising their animals."

That's why organizers are so excited to give kids a platform to auction off their goods.