It's been nine years since the Flood of 2011 destroyed homes and businesses throughout our area. 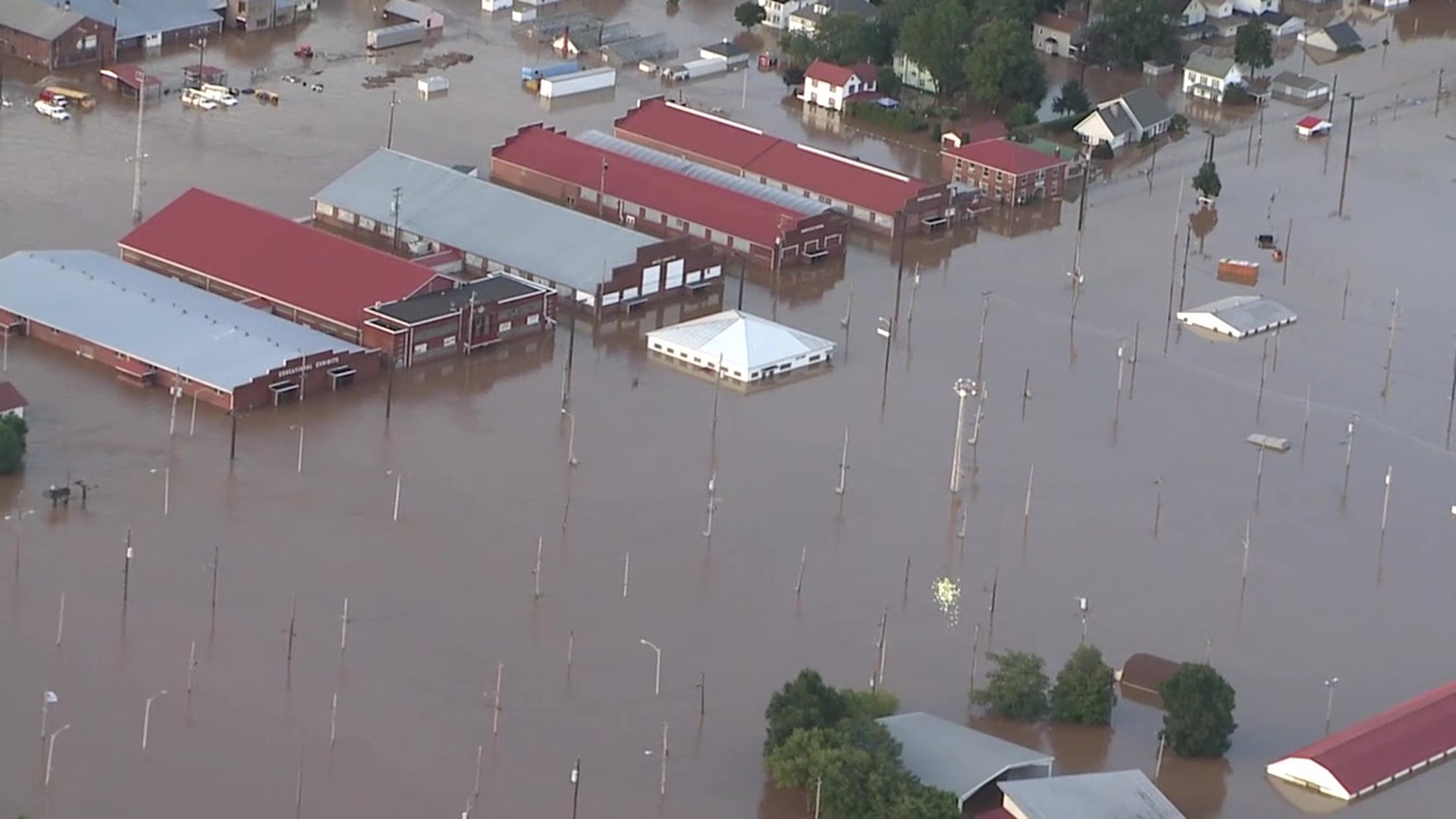 BLOOMSBURG, Pa. — Exactly nine years ago, water and mud covered the Bloomsburg Fairgrounds as the Flood of 2011 ripped through the area.

"Before you knew it, the whole grounds were completely covered with water. When it receded, we had nothing but mud," recalled Paul Reichart, former Bloomsburg Fair president. "Buildings were a mess, the fences were down, our neighbor's houses were knocked over, it was a disaster."

In 2011, Karschner was the fair's superintendent of rabbits, poultry, and education. HE is the current Bloomsburg Fair president. Like Reichart, Karschner's first fair as president was canceled, this time because of the COVID-19 pandemic, not a natural disaster like a flood.

"He had a real mess on his hands, as we all did as the directors. Anyone who lived in town we had a real mess. This didn't leave a mess, but it is leaving financial hardships just like it did before," Karschner said.

Both past and current presidents believe the Bloomsburg Fair will bounce back next year bigger and better than ever, just like it did after the Flood of 2011.

"We had good name entertainers and people had the feel of coming back to the Bloomsburg Fair and the good food," Reichart said.

"People miss the fair. They can't wait to come back for another year. They have a whole year of anticipation for it to get here," Karschner added.