2020 Bloomsburg Fair canceled because of COVID-19

Organizers said they hope to make improvements and return in 2021. 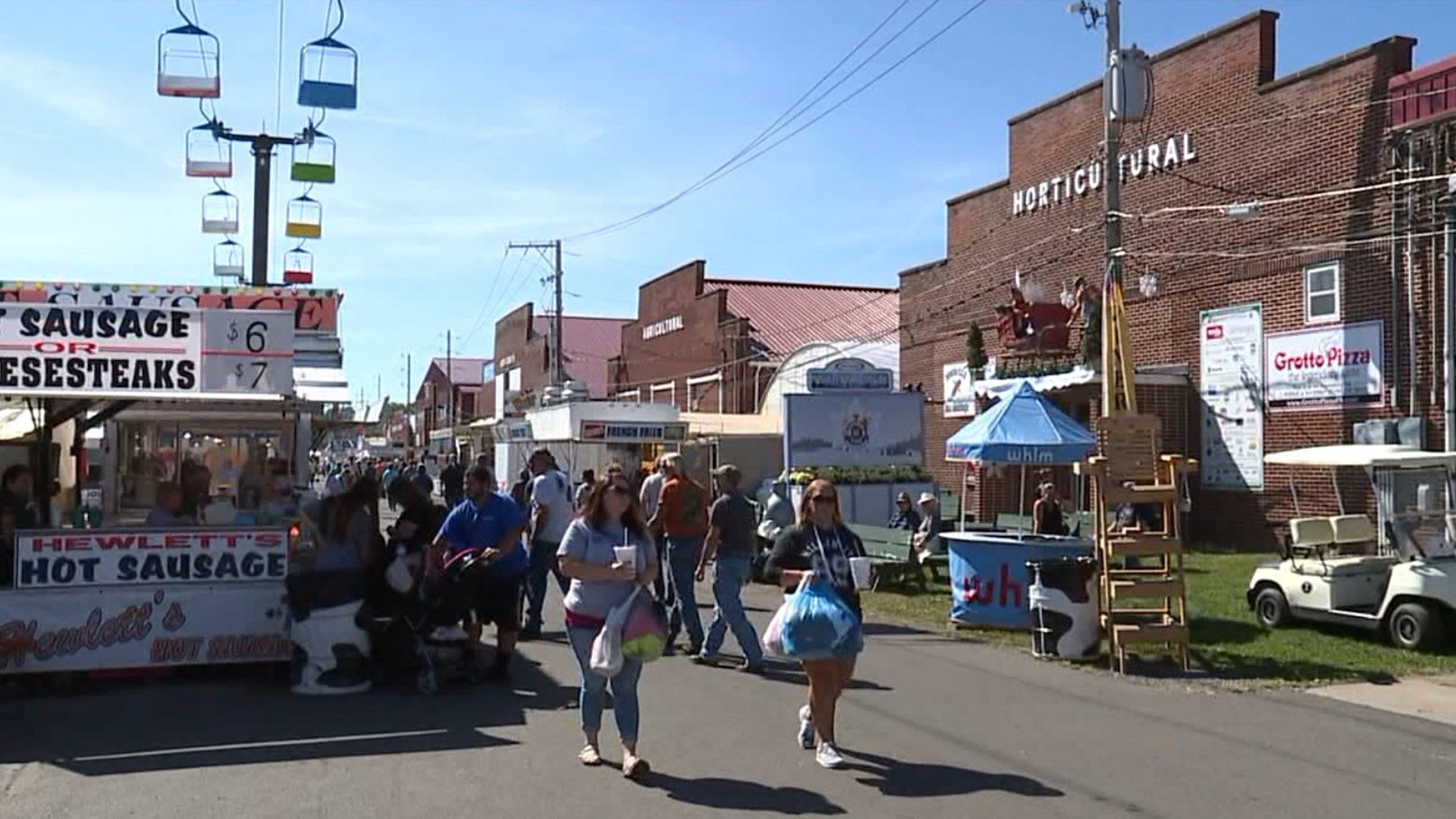 BLOOMSBURG, Pa. — In Columbia County, the area's largest fair has fallen victim to the pandemic.

This year's Bloomsburg Fair was canceled by fair officials.

The board for the Bloomsburg Fair Association says after much deliberation on local community concerns and concerns from local government, the board made the decision to cancel the 2020 Bloomsburg Fair due to the COVID pandemic.

People in Bloomsburg said this move isn't surprising since social distancing would be extremely hard to maintain.

"I didn't know how they were going to control. That was an even bigger factor. Nobody's going to want to stand outside the gates and wait for people come out to go in," said Doug Reiter. "So yeah, I'm surprised they canceled it."

Until now, fair officials had been maintaining the fair was still on.

This decision to cancel comes as fair officials were forced to apologize for a post on its Facebook page, showing a man dressed as Doctor Rachel Levine, the state's health secretary, at a Firemen's Carnival at the fairgrounds.

Dr. Levine addressed what happened for the first time during a COVID news briefing.

"These individuals may think they are only expressing a displeasure with me, they are, in fact, hurting the 1000s of LGBTQ Pennsylvanians," said Dr. Levine.

People said it was the right decision to cancel the fair, but they do feel bad for all those vendors who rely on the Bloomsburg fair as a major source of income.

"They're missing out on what they live for," said Codi Klein from Danville.

Fair officials said planning for next year's fair has already begun with it set for September 24 through October 2, 2021.