SOUTH CENTRE TOWNSHIP, Pa. — Crews worked through the night and morning to clean up after a massive crash in Columbia County. Expensive wheels of cheese, ... 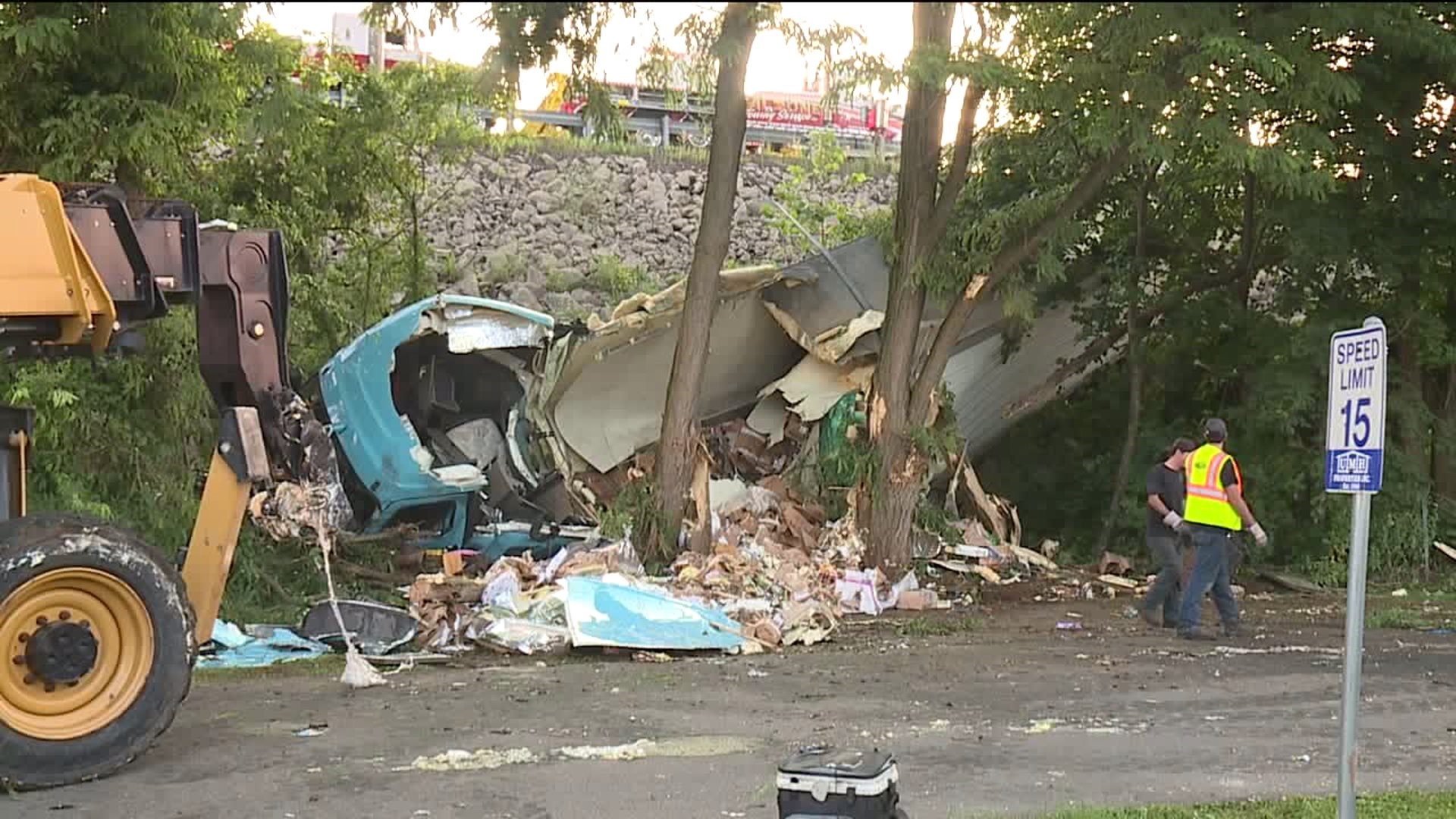 SOUTH CENTRE TOWNSHIP, Pa. -- Crews worked through the night and morning to clean up after a massive crash in Columbia County.

Expensive wheels of cheese, meats, and crackers, not to mention a smashed up tractor trailer littered an embankment near Pleasant View mobile home community.

It all came crashing down off Interstate 80 near the Lime Ridge/Berwick exit around 10 Thursday night.

"It shook all our trailers and when it happened, literally everyone came out and it woke up my kids and everything knocked down," said resident Tina Smethers.

State police said the tractor-trailer was heading on I-80 westbound when troopers suspect it blew a tire.

The driver lost control, clipped a car, crossed the median and the lanes of I-80 east before plunging down the embankment.

"I was like 'Oh my God, did it hit anyone's trailer? Is everyone ok?' but once I knew they were ok, everything was good," said Hope Taylor.

Troopers said the driver was trapped for over an hour before rescuers could free him.

He was flown to a hospital but is expected to survive.

"He was in his truck and screaming for help. He was in good spirits so he was talking, he was alert. He kind of knew what happened and he was just complaining that his legs hurt and he wanted out," said Sheila Bellum.

People living at Pleasant View said they are grateful no one was killed in the crash, but they say someone easily could have been.

"Living here is a scary thing and that's something that goes through your mind a lot when you hear the bangs on the interstate with the tires blown and everyone else. It keeps you on your toes. At this was my biggest fear come true," added Bellum.

For the latest on the traffic conditions, click here. 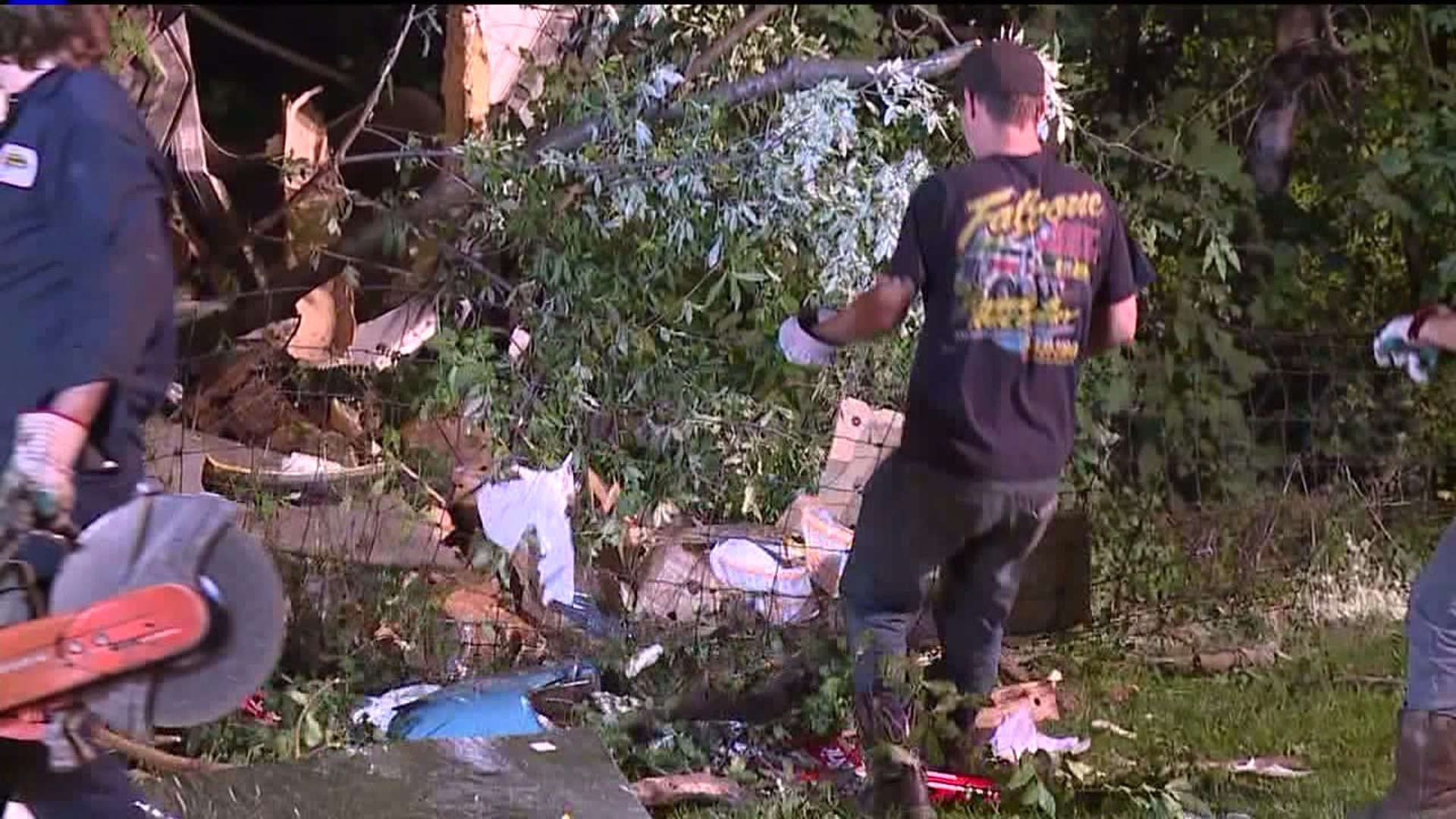