If you're in the market for a new deck or a bathroom remodel, don't expect to get it done any time soon. Prices are up, and contractors are booked solid. 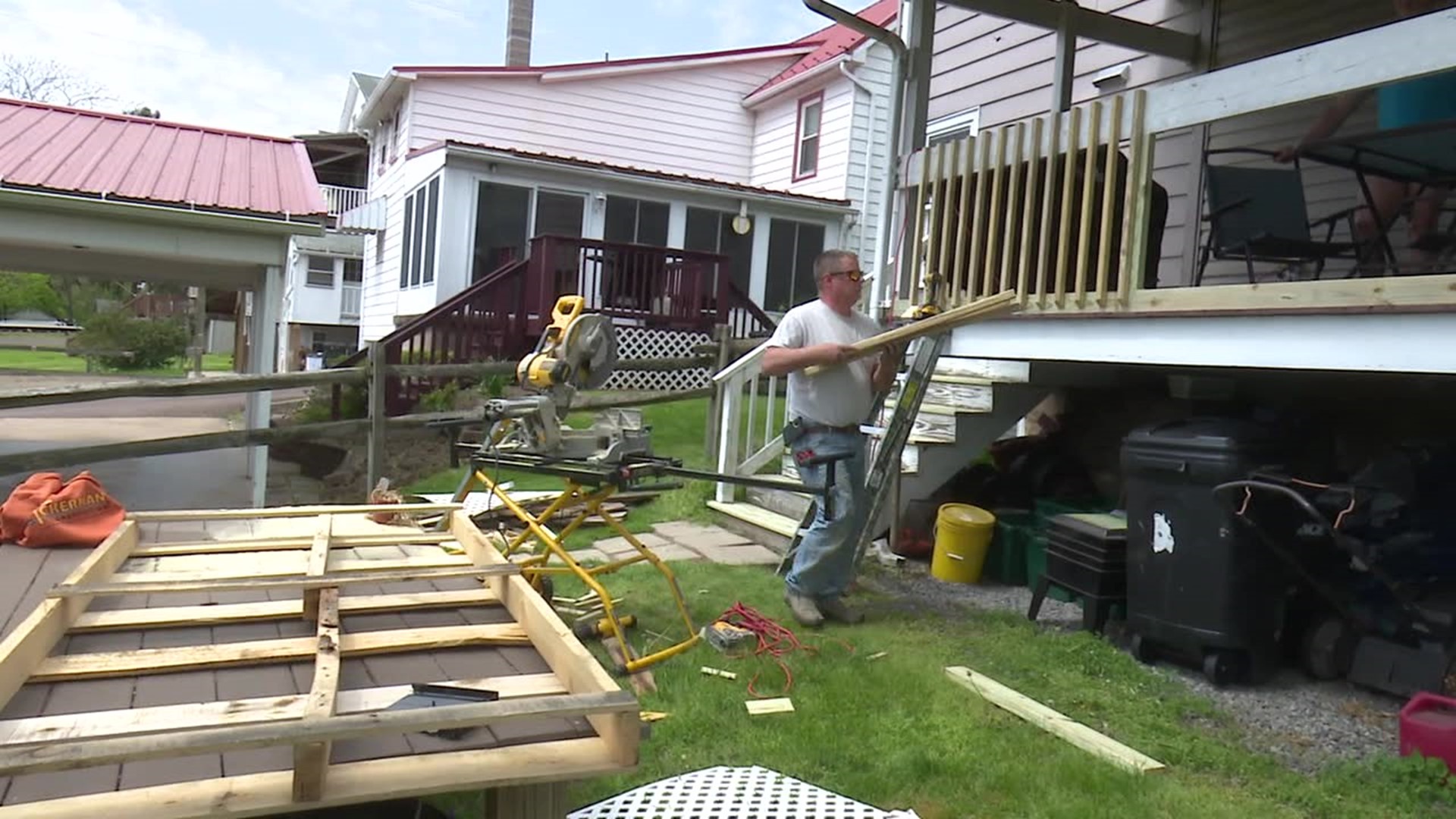 COLUMBIA COUNTY, Pa. — Christopher Ackerman is a contractor in the Bloomsburg area, and right now, he doesn't have a spot open in his schedule until the fall.

"Definitely busier. I've always been busy, but I'm backed up now because of materials and labor issues."

That demand is now driving up the price of materials like lumber and wood to record highs.

RELATED: Lumber prices through the roof

David Bogert is also a contractor in Bloomsburg. He just started his business in February.

"I didn't think it would take off as quick as it did," Bogert said. "It's getting busier by the day."

Part of the reason for the high demand is that people have spent so much time at home in the past year, they've had many more opportunities to notice what needs fixing in their home.

"People are home, they see what's wrong, and everybody's just wanting to get caught back up on what they lacked to have done before," Bogert said.

Both contractors we spoke to are telling people to hold off on projects, either to wait until the prices go down or, in Ackerman's case, simply because he doesn't have any room in his schedule.