BERWICK — The Ku Klux Klan is known to distribute fliers in different communities, and now some residents in Berwick are the victims. About half a dozen f... 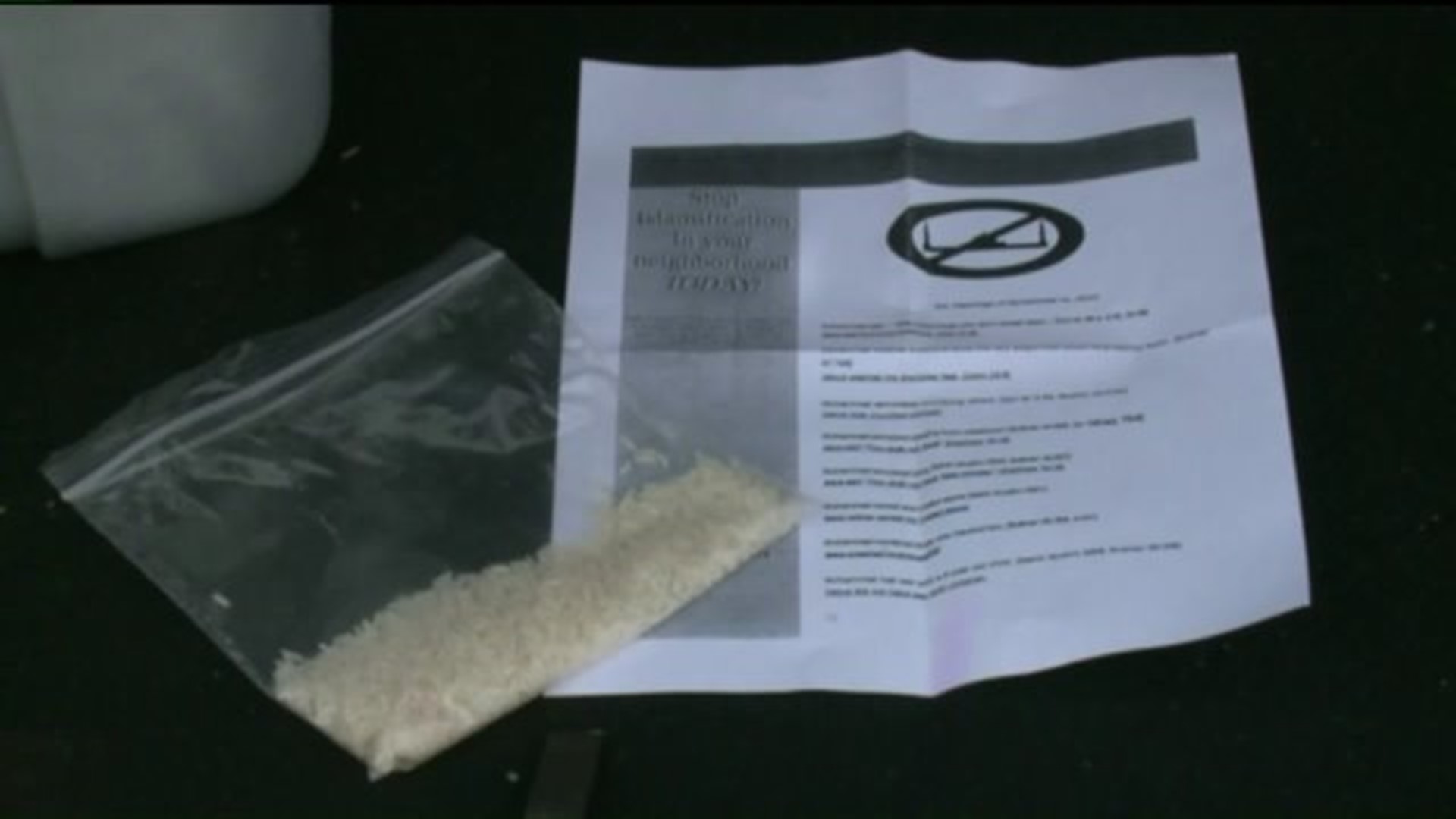 BERWICK -- The Ku Klux Klan is known to distribute fliers in different communities, and now some residents in Berwick are the victims.

About half a dozen fliers were reported in people's yards this week, but Berwick police believe there could be a lot more.

People in Berwick found KKK fliers in bags held down with rice. Berwick police say the most they could cite anyone for is littering because whoever put the fliers out did not trespass or touch anyone's mailboxes.

Even so, people are upset.

Bette Grey was outside her home on Arbor Street in Berwick on Friday when she saw a piece of paper on her lawn. She thought some of her mail blew away.

"And I picked it up. It was neatly folded. It wasn't weathered. Then on Sunday when I got home from church, there in our yard was a bag of rice and a flier," said Grey.

The flier was folded inside a bag, weighed down with rice.

"Then I read down farther and at first I thought it was another organization, and there was a hotline number and a website. When I read I was like, 'Oh, this is the KKK.'"

Berwick police say this is the second time in the last few months that KKK fliers were put in the area. The first time was in September in a nearby neighborhood in Luzerne County.

Berwick police tell Newswatch 16 six fliers were reported but there could be a lot more since most people just throw them away.

If police see anyone distributing these fliers the most they could cite them for is littering because they are not trespassing or putting the fliers in mailboxes.

Even so, Grey went to Berwick city council with her concerns. She is upset about the fliers and the message they send.

"This is pure evil and this is pure hate and I don't stand for that. I'm a Christian and I believe that everyone is created equal," Grey said.

Berwick police ask you to call 911 if you get a KKK flier.