BERWICK, Pa. — With today`s hot temperatures, many stayed close to the air conditioning or the pool. But some in Columbia County braved the heat Saturday ... 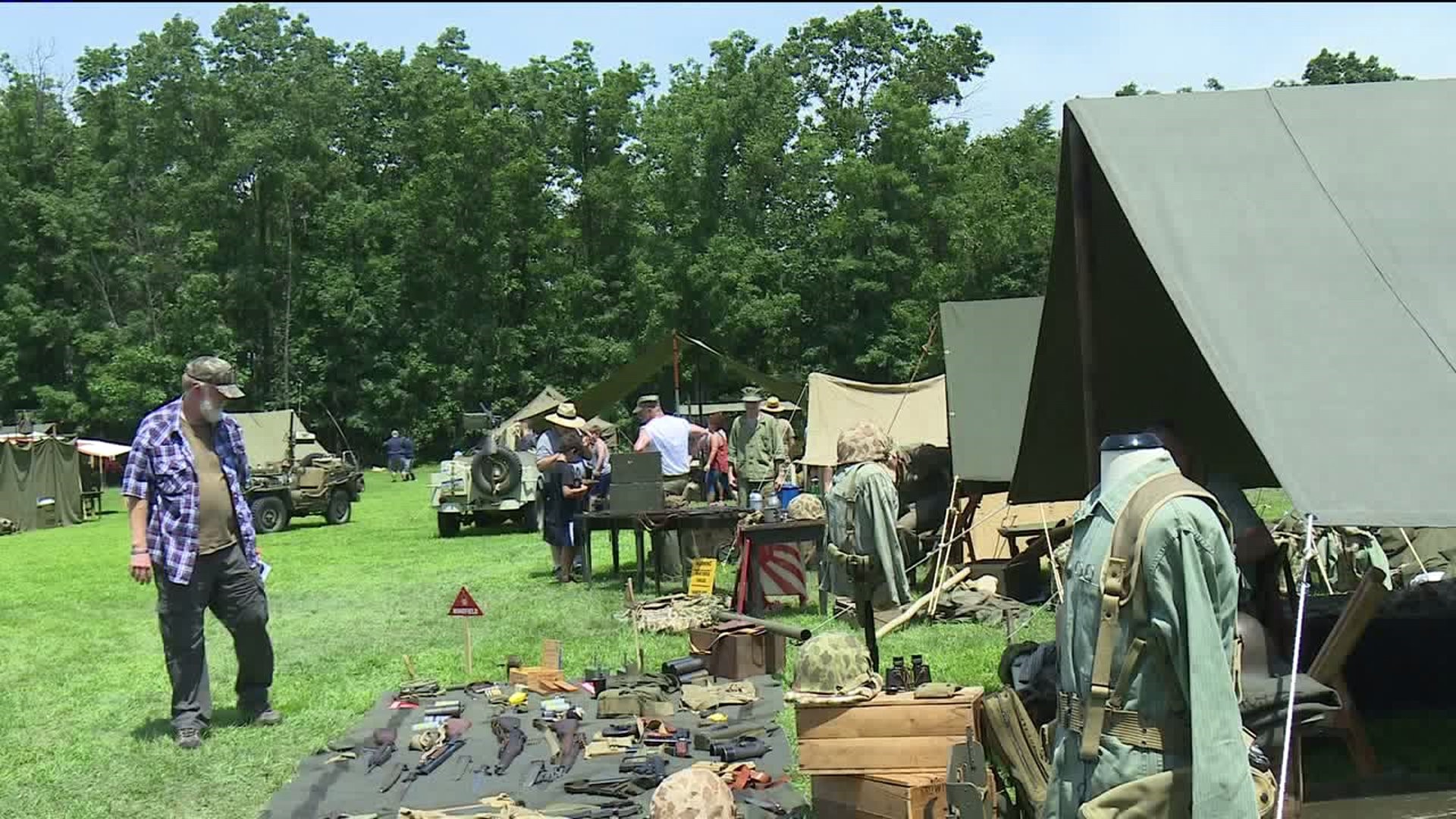 BERWICK, Pa. -- With today`s hot temperatures, many stayed close to the air conditioning or the pool. But some in Columbia County braved the heat Saturday to head back in time.

The sounds of battle rang out in Berwick`s test track park Saturday morning, but this battle was all for show.

It was all part of the 4th annual Berwick World War II Weekend, as actors took on the role of Allied and Axis powers.

"You kind of remove yourself from the modern world for a little bit and you really feel like once you have this uniform on you're somebody else," explained Luke Helgesen, a reenactor from New Jersey.

He said that it's hard to explain the feeling of putting on this skirmish for a crowd.

"I almost feel like I'm not worthy enough to do it. You know those guys did so much that, it's just incredible to think about I look and feel the same way that they did and in some ways, I almost feel honored, like I don't deserve it, but I'm also honored at the same time to portray the incredible things they did."

Many attended in traditional military attire, while others, like organizer Kristen Bogash came dressed as a factory worker, like the many who called Berwick home during world war ii.

"I'm dressed as one of the ACF factory workers, that would make Stuart Tanks, so it's complete with my little ACF Berwick pin," said Bogash.

The World War II Weekend began when Berwick welcomed home one of it`s Stuart tanks three years ago. The weekend is hosted at Test Track Park, where tanks used to be tested during the war.

The reenactors aren`t just battling themselves, they`re also battling the heat. But they say it's nothing they aren't prepared for.

"We got our protocol we can role up our sleeves, keep drinking out of our canteens, but you know we love coming out here, we wouldn't be here if we didn't like it," said Helgsen.

And while the day is all about educating the community and having fun, they are also taking precautions to keep visitors safe.

"We are handing out free bottles of water, we have fans set up...we don't want anyone to get exhausted," explained Bogash

If you missed out on any of the excitement on Saturday, the fun continues Sunday beginning at 10 am and is free to the public.