BERWICK — The Olympic games are just a few days away, and in Berwick, folks have Olympic fever! The community is the hometown of Jayson Terdiman, an Olymp... 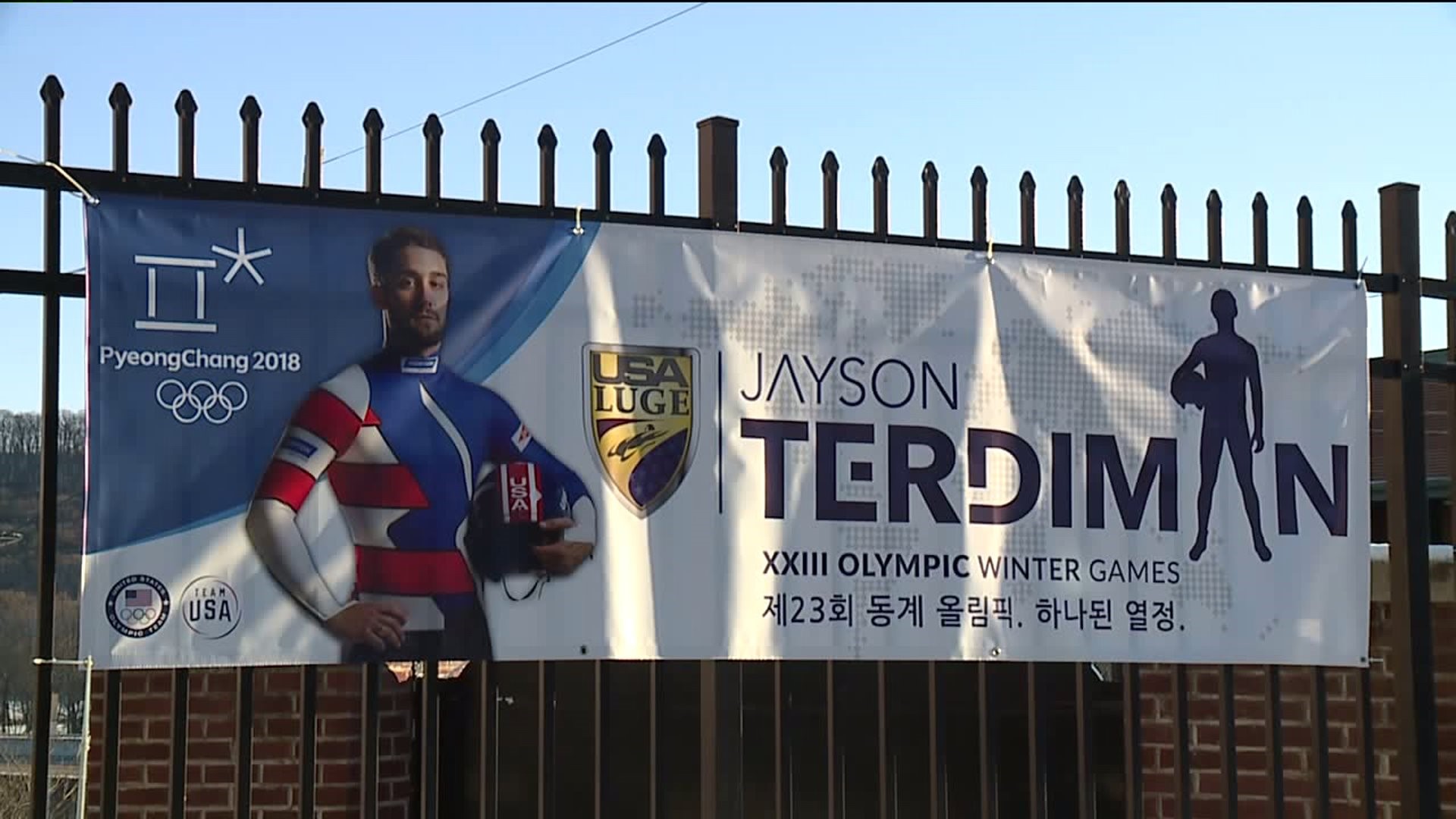 BERWICK -- The Olympic games are just a few days away, and in Berwick, folks have Olympic fever!

The community is the hometown of Jayson Terdiman, an Olympic luger. Right now, he is in South Korea preparing for the Olympic games.

Signs and banners of support hang in his honor throughout Berwick.

"We've watched him grow up. He and I used to stand and talk over the fence in the back when he was a little guy, about 6, and then he had a paper route here, so the neighbors all know him, and we're very proud of him,” said Phyllis Gegwich, Terdiman’s next-door-neighbor.

Terdiman's family home is all decked out for the Olympics. His neighbors say they are happy for him.

"He always was a good athlete, and he just got into his mother's Verizon program for junior Olympics, and no one ever heard of a luge, seems like a crazy thing to do, but he just followed his dream,” said Dr. Frank Gegwich of Berwick.

Terdiman's parents are on their way to South Korea now. They told Newswatch 16, “The support locally has been sky high for Jayson and we are extremely grateful for that we want to say 'Thank you to Berwick and all of NEPA!'"

"He's looking forward to maybe bringing home the gold this time. I know this may be one of his last times to be competing at this level, and it's just something we're hoping he can accomplish,” said Angela McCabe of Berwick.

"He's worked years, years, and you know, you get a little choked up because it's here," said Kip McCabe of Berwick.

As for what they are hoping for, well, Terdiman's supporters say it's obvious.

Terdiman is scheduled to compete on February 14.