BERWICK, Pa. — A high school softball player in Columbia County is getting national recognition for an incredible play during a home game Tuesday afternoo... 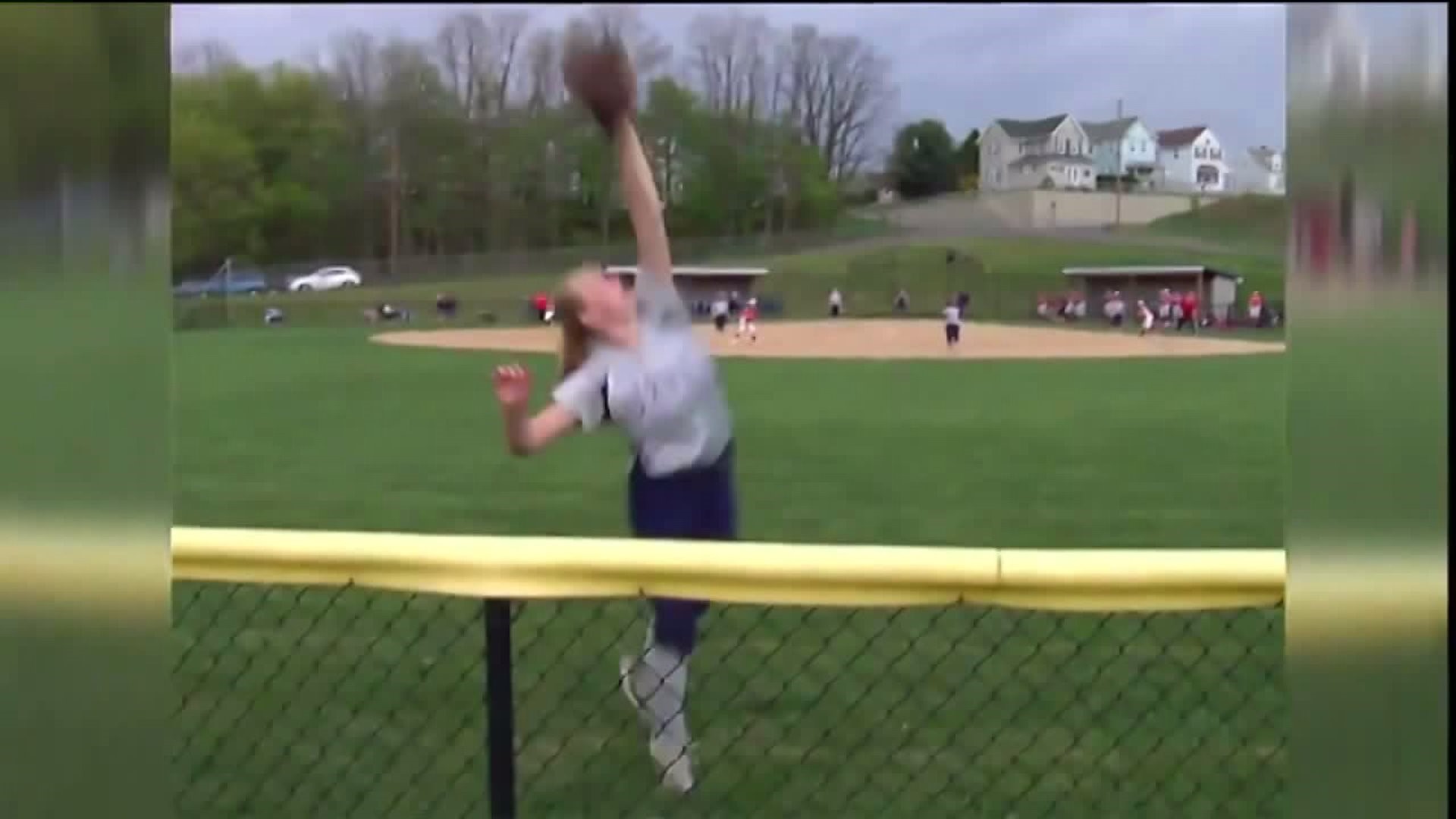 BERWICK, Pa. -- A high school softball player in Columbia County is getting national recognition for an incredible play during a home game Tuesday afternoon.

The Berwick Area center fielder held on to a flyball despite slamming hard into the fence lining the field, and now, video of that tough play was featured on ESPN's SportsCenter Top 10 plays Tuesday night.

Berwick Area High School softball player Katie Starr fields balls as usual from her spot in center field, but it appears she's living up to her last name. The 16-year-old sophomore is getting some star treatment after an incredible but painful play made at Tuesday's home game against Crestwood was caught on camera.

“I was shocked that it was still in my glove after that. I didn't think I had it. I looked down and it was there,” said Starr. “It hurt, but I knew it had to make that play.”

The video was shot by Atlantic Broadband Channel 10's Doug Farley who posted it to Twitter. It was picked up by ESPN who ran the clip among its SportsCenter Top 10 plays later that night.

“It's surreal right now. It still hasn't clicked to me that everyone can watch it and everyone's seen it. It's just unreal,” said Starr.

Starr's teammates say she made a game-winning play in that moment, and the team won 5 to 3.

“I'm glad she had that play. It was an important play of the game. It could have been a lot different if she hadn't caught that ball,” said left fielder Rachael Shatoe.

Starr says she's no more talented than the next player on her team and that she wouldn't be the athlete she is without their support.

“She is the best. I love pitching because I know I have the best defense to back me up, so for her character to want to share the spotlight, that just speaks about her,” said pitcher Emily Novicki.

Starr even went on to hit a home run later in the game.

“Katie's just an incredible athlete. Almost any sport that she plays she done very well in,” said head coach Emily Johnson. “She has a lot of range in the outfield, so her getting to that ball, we knew she could track it down, but I didn't know how much room she had.”

Starr says she only started playing softball four years ago.