BENTON, Pa. — Benton in Columbia County was one of the communities hit by a tornado. People there are no strangers to severe weather. Homes and businesses... 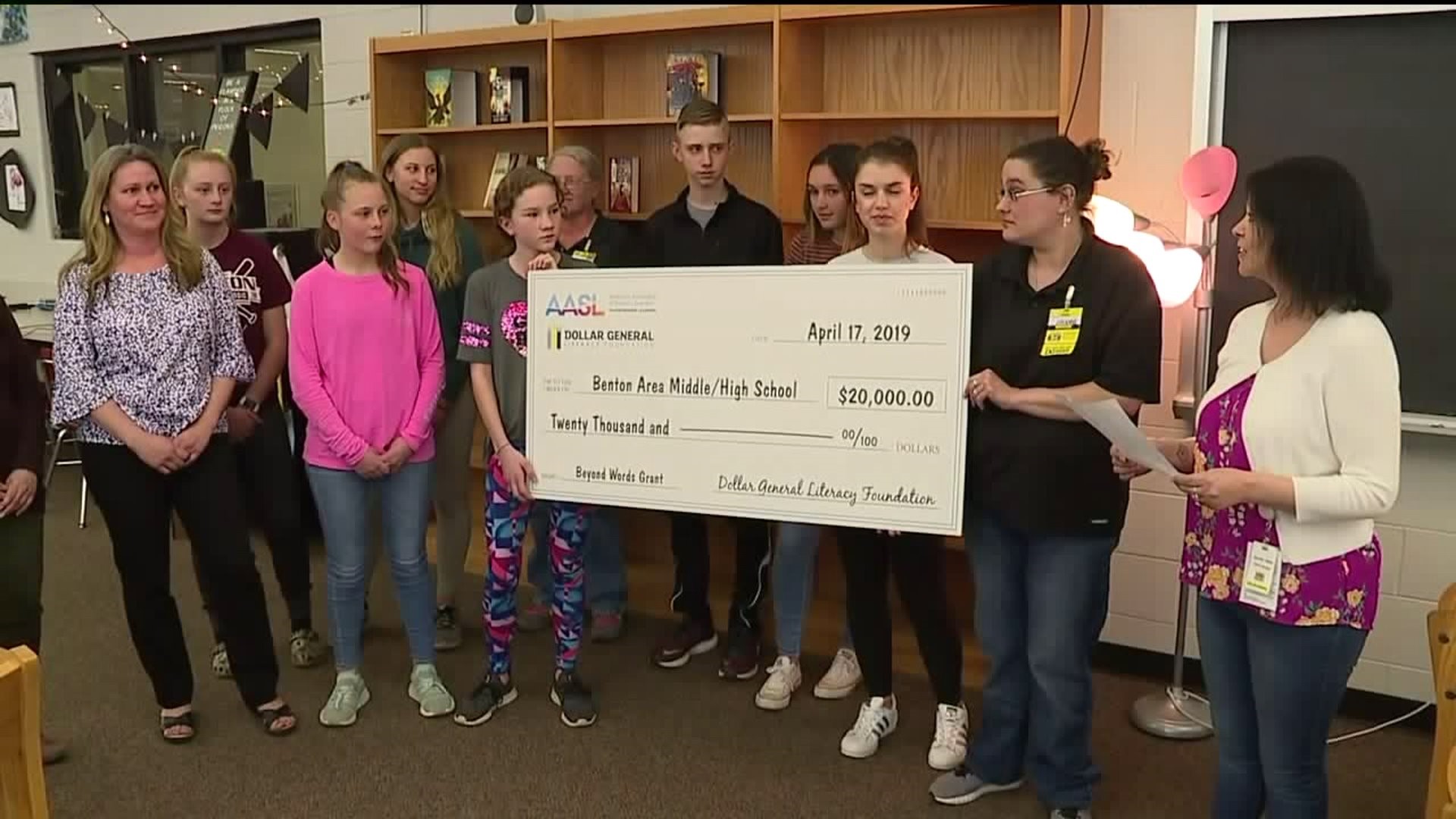 BENTON, Pa. -- Benton in Columbia County was one of the communities hit by a tornado. People there are no strangers to severe weather. Homes and businesses were damaged by flooding last summer.

When parts of northeastern and central Pennsylvania flooded last summer, Benton was one of the hardest hit areas. Homes and properties were damaged and so was Benton Area Middle/High School.

"The books had just all molded. Basically, we had to clear out the whole library," said library media specialist Megan Aten.

According to school employees, that was nearly $200,000 worth of books. But now, the school is getting some of that back.

People in the Benton area have had their share of severe weather over the last few months. An EF-2 tornado ripped through parts of the area just a few days ago.

"You could tell when it hit our house, the pressure changed and everything was shaking. It sounded like a freight train coming through," said Isabelle Bardua.

Bardua is just one student who was affected by the tornado which packed winds of up to 135 miles an hour. Much of the Benton community was touched by either the tornado, the flooding, or both. That includes Benton Dollar General store manager Jinanne Remphrey.

"The last year has been really rough. To me, that is spectacular that it is coming back to our community," said Remphrey.

"It will be nice, I think, a little positive for Benton to see, 'Hey, here's what's going on in your school,'" said Aten.

The school librarian says she already has books picked out to order with the money from Dollar General Literacy Foundation. She will order the books in the next few days.