SUGARLOAF TOWNSHIP — Damage from the storm on Friday stretched over into parts of Columbia County and some people there are still without power. While the... 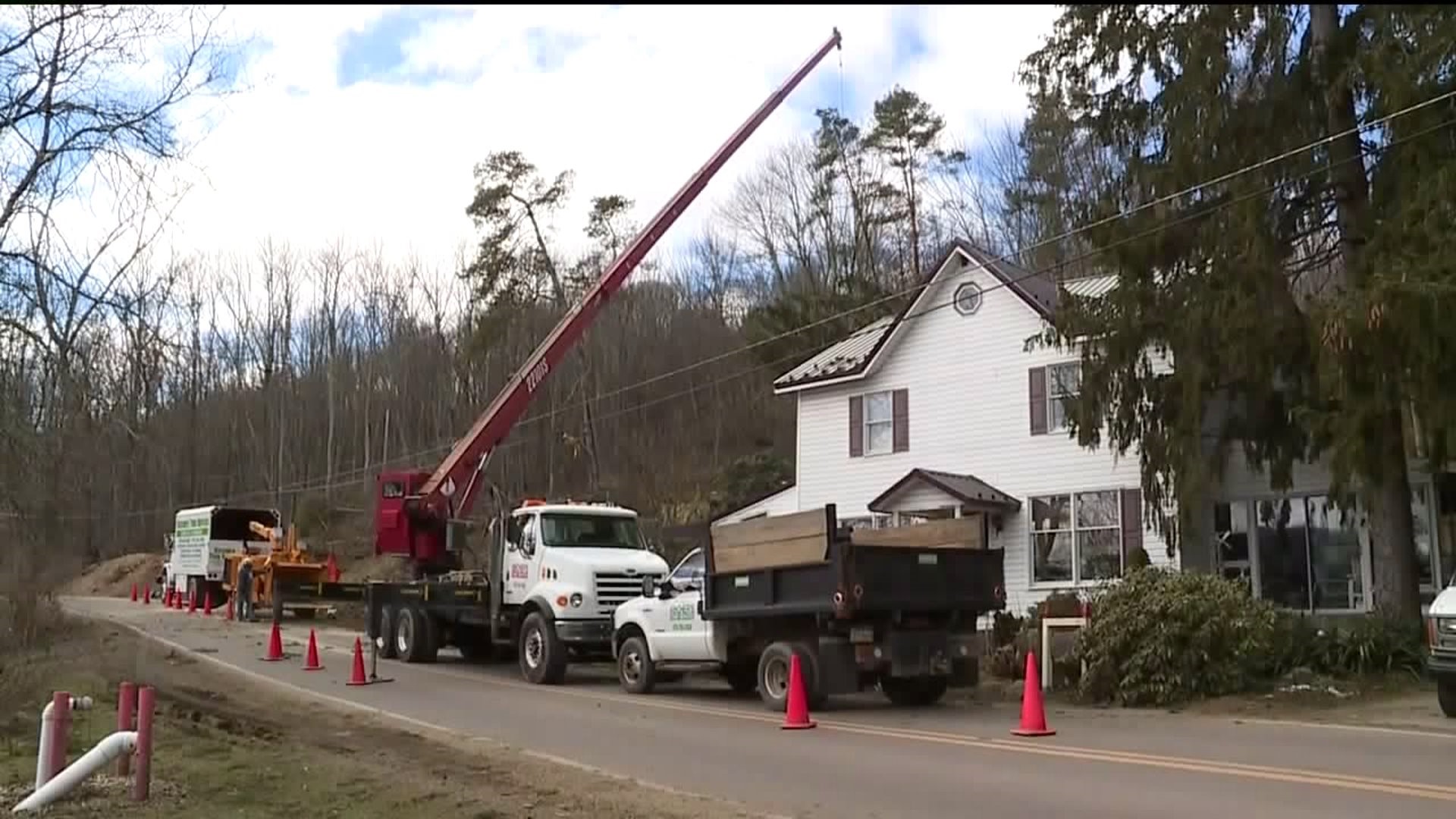 SUGARLOAF TOWNSHIP -- Damage from the storm on Friday stretched over into parts of Columbia County and some people there are still without power.

While the Benton area did not get the snow the northeastern parts of our area got, there was plenty of wind.

For the people who live on Camp Lavigne Road near Benton, trees fell like dominos.

"All of a sudden, we heard the crash, and then the one skylight completely broke, and the branches came in through the house," Howard Leh said.

Howard and his wife Nancy were not hurt, but they have not had power since Friday morning. Seven of their trees fell down. A tree removal company was on hand to take those trees along with three more that were in danger of falling.

"When this home was built, the lady planted the trees in the back, so they are way over 100 years old now," Nancy Leh said.

While this part of Columbia County only got a dusting of snow, the wind did plenty of damage.

Kent Drumheller showed us the tree he thought was going to damage his house.

"The tree that came down it just missed the house," Drumheller said. "It went the other way."

Despite all the damage, the people who live in the area say they are thankful because they believe this could have been a lot worse.

PPL crews repaired lines and restored power to the Benton area as fast as they could.