The owners of a bar in Berwick are backing down from their original decision after they say their families' lives were threatened. 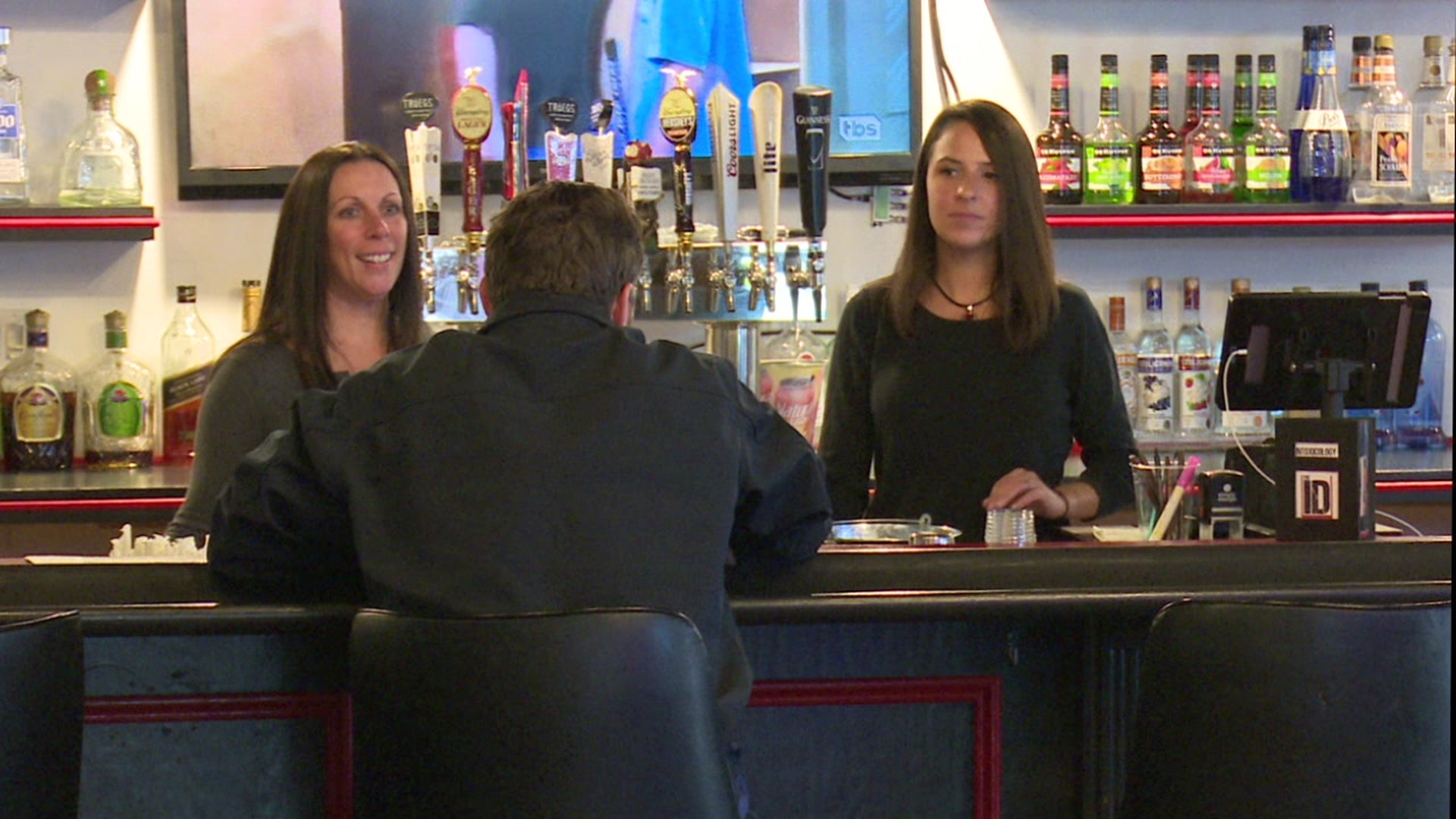 The co-owners of the Intoxicology Department in Berwick decided to defy the state health department's ban on alcohol sales for the night before Thanksgiving.

"We believe that it's a choice and that we deserve that choice. Governor Wolf gave us less than a 48-hour period; we'd already spent thousands in inventory, we'd already advertised, we booked a DJ," said Hess.

"What about the big box stores? I can still serve food, but no alcohol? Why?"

Their social media post about the decision, which has since been removed, received a lot of attention — people either praising the pair or condemning them.

"We're not taking COVID lightly. We're not hoping anyone gets sick from this. That is so not what this is about. And a lot of the backlash was assuming that we don't care about that. That is not the case at all. We care about surviving as a whole, not just our business, but all the small businesses around that are being targeted," said Stoker.

The owners say after they received threats to not only their business but to their families, they decided not to stay open for Thanksgiving Eve.

"It's sad. It is really sad that people were wishing that we lost our livelihoods that puts roofs over our families' heads. How do you wish that upon someone?" said Hess.

"We would lose everything by closing down," said Stoker.

Hess and Stoker say although they backed down on this particular battle, they are going to continue the fight to keep their business standing.

"If they're going to close us down, they need to have a plan in place to help the businesses that they're closing down," said Stoker.

"And make rules and structures that make sense. The no alcohol after 10 p.m. - why? The rules need to make sense for us to respect them in order to believe in it," said Hess.