Back On: Southern Columbia and Wyoming Area Set to Play Friday

LUZERNE COUNTY, Pa. — First it was on, then it was off. Now, one of the most anticipated high school football games this area has seen in recent memory is... 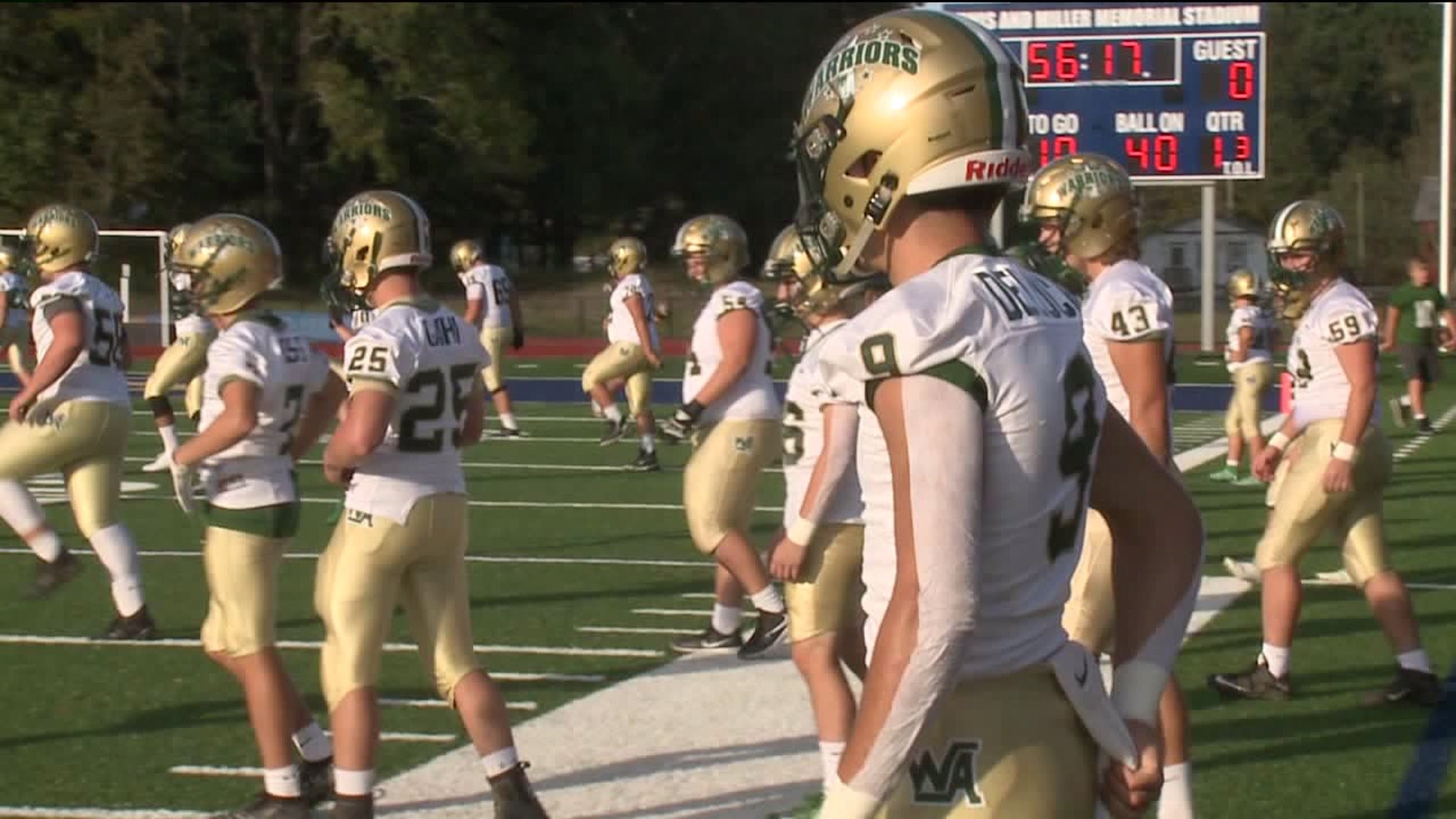 LUZERNE COUNTY, Pa. -- First it was on, then it was off. Now, one of the most anticipated high school football games this area has seen in recent memory is back on. Undefeated Wyoming Area from District 2 will host undefeated Southern Columbia from District 4 Friday night.

"We had a full league meeting today, and there was a lot of discussion, and they voted to allow us to make the change," said Southern Columbia coach Jim Roth.

Originally, Southern Columbia was slated to play Shikellamy and Wyoming Area was scheduled to take on Holy Redeemer. Initially, the schedule change, to pit two of the top teams in northeastern and central Pennsylvania against one another was approved by the Wyoming Valley Conference as well as Districts 2 and 4.

But the Pennsylvania Heartland Athletic Conference, the league in which Southern Columbia competes wasn't on board. Then, Shikellamy filed a request with the league to play Holy Redeemer.

"There was some confusion and lack of communication when the request went in and some league officials saw the information posted on social media or in the media before they had a formal request from us," Roth said.

Officials with the Wyoming Area School District tell Newswatch 16 they expect 5,000 to 7,000 fans at the game between the two 7-0 teams.

"Everybody in the area is excited for the game. I wouldn't say that we are looking at it as the best game in the state. We're looking at it as the next game, but at the same time, it's a great challenge for us to play one of the top small-school high schools in the country," said Wyoming Area athletic director Joe Pizano.