BLOOMSBURG, Pa.  — There are more than 1,000 food vendors at the Bloomsburg Fair, but one of them has the honor of having the best fair food in the state.... 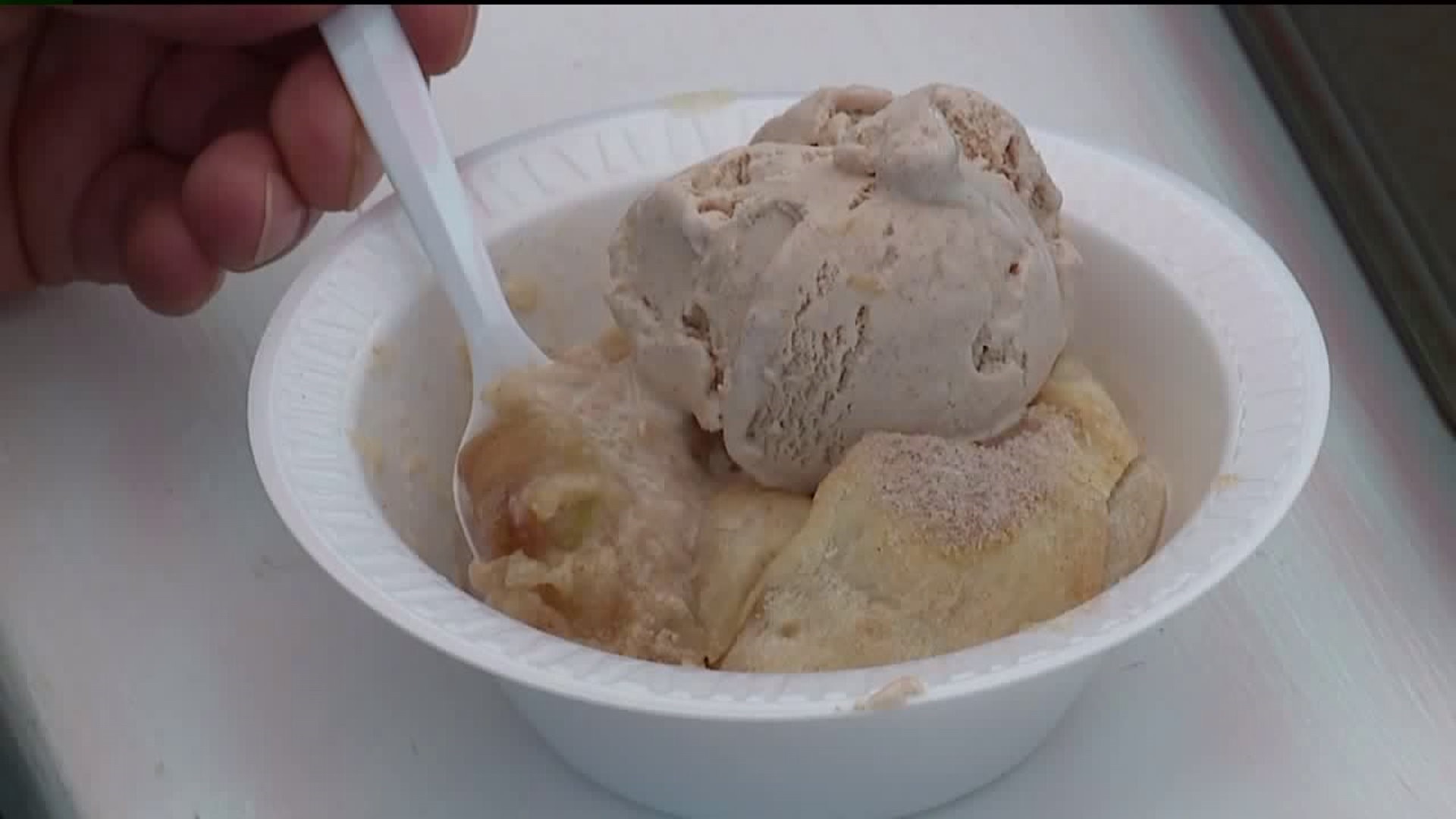 BLOOMSBURG, Pa.  -- There are more than 1,000 food vendors at the Bloomsburg Fair, but one of them has the honor of having the best fair food in the state.

Bissinger's Apple Dumplings recently got an award that owner Cheri Bissinger hopes will narrow down your search for fair food. The stand was named the most iconic fair food in Pennsylvania by "Taste of Home" magazine.

"It was totally unbeknownst to anybody," Bissinger said. "They went out last year and interviewed at different fairs and they published the top fair foods in all 50 states."

Bissinger's sells both apple and peach dumplings, but the article in "Taste of Home" magazine was specific.

"They specifically stated the apple dumpling, and don't forget the cinnamon ice cream. It's well worth the wait. No matter how long the line is, don't hesitate."

Customers say the honor is well-deserved.

"They're so good," said Lauren Panisak of McAdoo. "They're just easy to eat and they're yummy and tasty."

"We come up every year and this is a must stop. These apple dumplings are outrageous, absolutely terrific," said Bill Klinger of Freeburg.

"We started right here 25 years ago in a space that was maybe 8-feet wide and 10-feet long with two apartment-sized stoves and I could make 12 apple dumplings at a time," Bissinger recalled, adding that they are honored by the recognition.

"I was astounded. That it came on our 25th anniversary was even a greater honor for us. The girls are ecstatic about it. They just can't get over that we got this."

As a thank you to customers, Bissinger's Apple Dumplings is holding raffles to celebrate its 25th anniversary. Just sign up at the stand and you could be a winner.