Attendance Down at the Bloomsburg Fair

BLOOMSBURG, Pa. — Fairgoers filed inside the gates for one of the last days of the 163rd Bloomsburg Fair. “I think today’s going to be great,&... 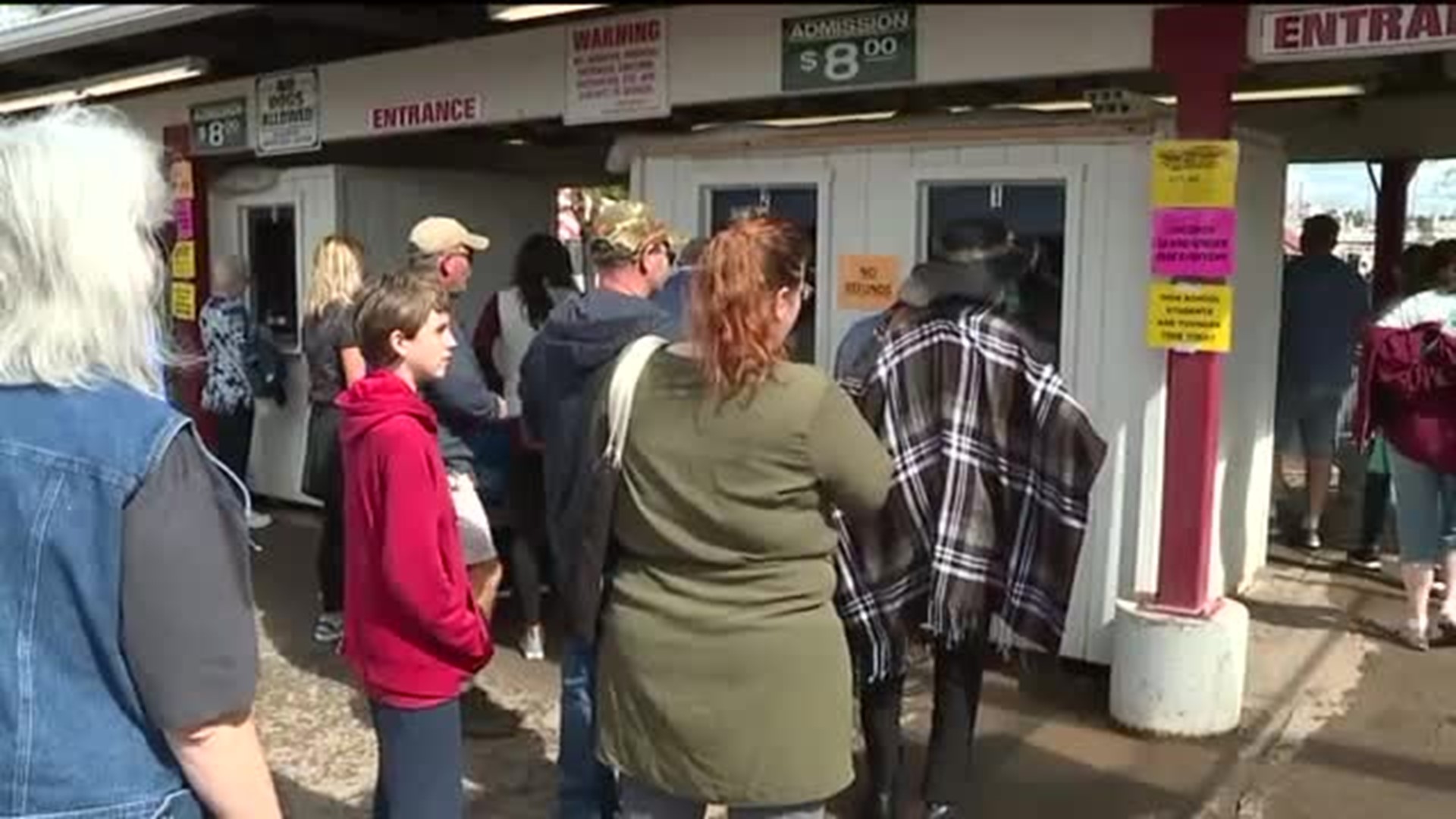 BLOOMSBURG, Pa. -- Fairgoers filed inside the gates for one of the last days of the 163rd Bloomsburg Fair.

"I think today's going to be great," April Herb said.

"It's going to be nice today," Jeff Appl said.

"Usually when we come out it's raining, but it's a little muddy out there but other than that it's a nice day," Todd Herb said.

It's a busy day at the fair, especially compared to the last three days when it rained. According to fair officials, attendance is down by more than 6,000 people from last year. Even so, they're not worried.

"Really the last couple of days. They know it's coming to an end. They love this food. They come for the food and we expect a tremendous crowd the next couple of days here," Paul Reichart said.

Bloomsburg Fair President Paul Reichart expects attendance to be high for the final two days of the fair.

For many vendors, this is the last fair of the season. They're hoping these last two days bring a lot of business.

"The rain the last couple of days it's been a little slow, so we're definitely looking forward to a busy weekend and we'll get the crowds in today," Billy Reese said.

"There will be a big crowd with Vince Gill tonight, you've got the Penn State game tomorrow. Those fairgoers who go to Penn State tomorrow should come in here tonight," Vince Cocca said.

The fair was busy in the beginning of the week, but slow Tuesday through Thursday because of the rain, which is how it was last year. Vendors say it's been a tough year in general.

"We faced a lot of heat, a lot of bad fairs, a tough season for everybody," Cocca said.