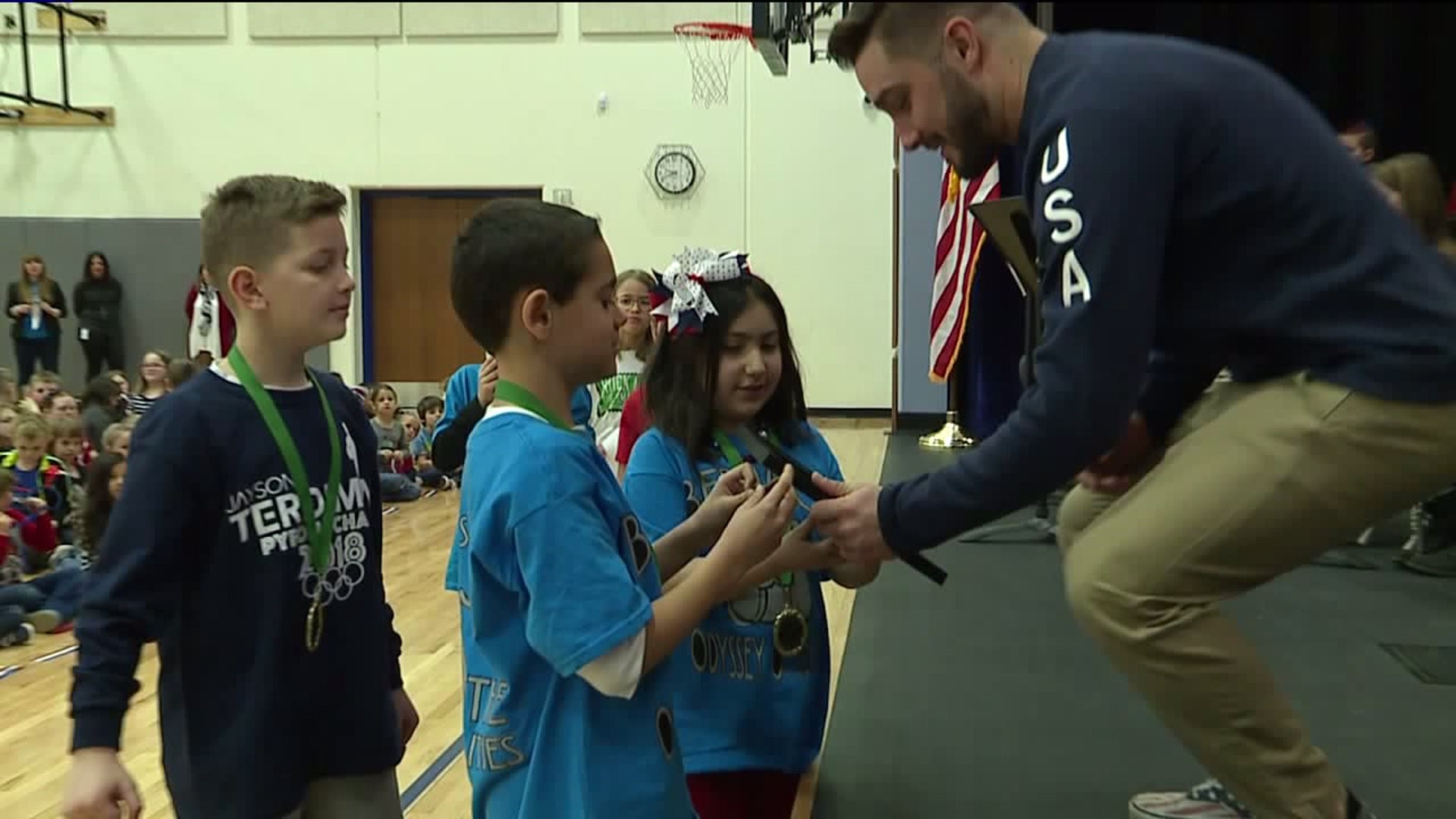 The cheers of the students were a lot different than the ones Jayson Terdiman is used to.

"It was living a dream. I've been chasing this Olympic ideal for 18 years, and to get a chance to compete for our second games, it's an incredible honor," Terdiman said.

He received a warm welcome home from the students at West Berwick Elementary School. The students and faculty held an assembly for him.

"It was really cool," said student Kiernin Canouse. "He's from Berwick, and it's an honor to have him in the Olympics."

Although Terdiman did not win any medals while he was competing at Pyeongchang, the student's gave him a medal of his own.

He spoke to them about making sure they set goals, saying they, too, could become an Olympian one day.

Terdiman's mother Kathryn is a substitute teacher at the elementary school and joined Jayson on stage.

"I think he's a great role model for the students so that they can see no matter what they dream, they can achieve if they actually work at it," Kathryn Terdiman said.

"Coming from Berwick, it's a small town. We're taught at a very young age: high school football, high school football. That's all we have. I kind of broke that mold. I'm hoping that we're breaking out of that completely. Football is great, but these kids can do whatever they want," Jayson added.

As a reminder for all of the students to follow their goals, Terdiman took class photos with each of them so they can have them forever.