BENTON TOWNSHIP, Pa. — State police were called to the home of Mark Zika in a rural community in Columbia County for the report of a burglary. Investigato... 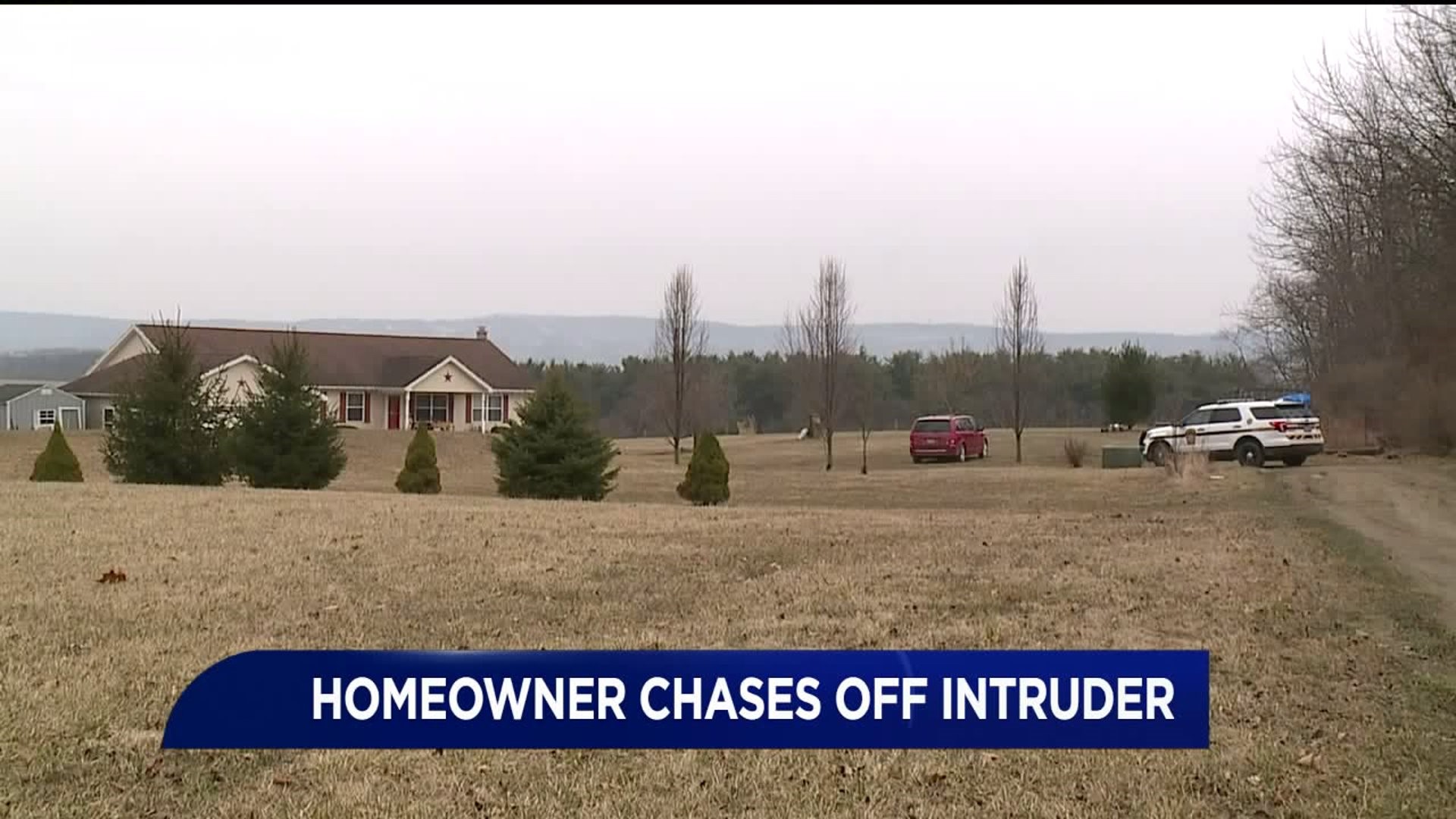 BENTON TOWNSHIP, Pa. -- State police were called to the home of Mark Zika in a rural community in Columbia County for the report of a burglary.

Investigators say Zika returned to his home on Blueberry Lane in Benton Township around 3 p.m. yesterday only to find a man in his basement.

The would-be burglar then ran outside and Zika confronted him.

That's when police say the intruder pointed a handgun at Zika but took off after Zika fired warning shots from his own gun.

“Just two police cars at the end of the driveway when I was bringing my granddaughter back from school,” said neighbor Larry Snope, recalling what he saw at Zika’s home.

Snope says most people living out here would probably do the same.

“I'm sure everyone who lives in this area has a gun and if someone would be here I would be the first one to get mine out and say, hey, it turned him off right away,” said Snope.

At Curt's Gun Shop in Mifflinville, both employees and customers say that fact the homeowner had a gun may have avoided the situation from becoming worse or even deadly.

“It would have been really ugly, I can understand that,” said employee David Oberdorf. “Because there's a lot, you read the papers there's a lot of stuff like that going on lately.”

“I think it's good that he had something to protect himself from anyone coming around, makes him feel a lot more safer, definitely,” said employee Cooper Mowery.

“Yeah, nobody wants to kill anybody or shoot somebody,” said customer Matt Cassel from Danville. “That's not in us to do that but you have to do what you need to do to protect your family, I mean it's a good thing he didn't have to anything. They didn't catch the guy I guess though, huh?”

The suspect is described as being a white male in his early 30's with brown hair, last seen wearing blue jeans, faded black sweatshirt, tan work boots and a black hat with a white emblem.

“Much easier to get a gun, protect yourself, nothing would be stolen,” said Mowery. “The guy won't come back I bet you.”

State police are still searching for the suspect.

Anyone with information is asked to call state police at Bloomsburg.