BLOOMSBURG, Pa. — Piece by piece, crews set up a tribute to American war heroes — The Moving Wall, a smaller replica of the Vietnam Veterans Memoria... 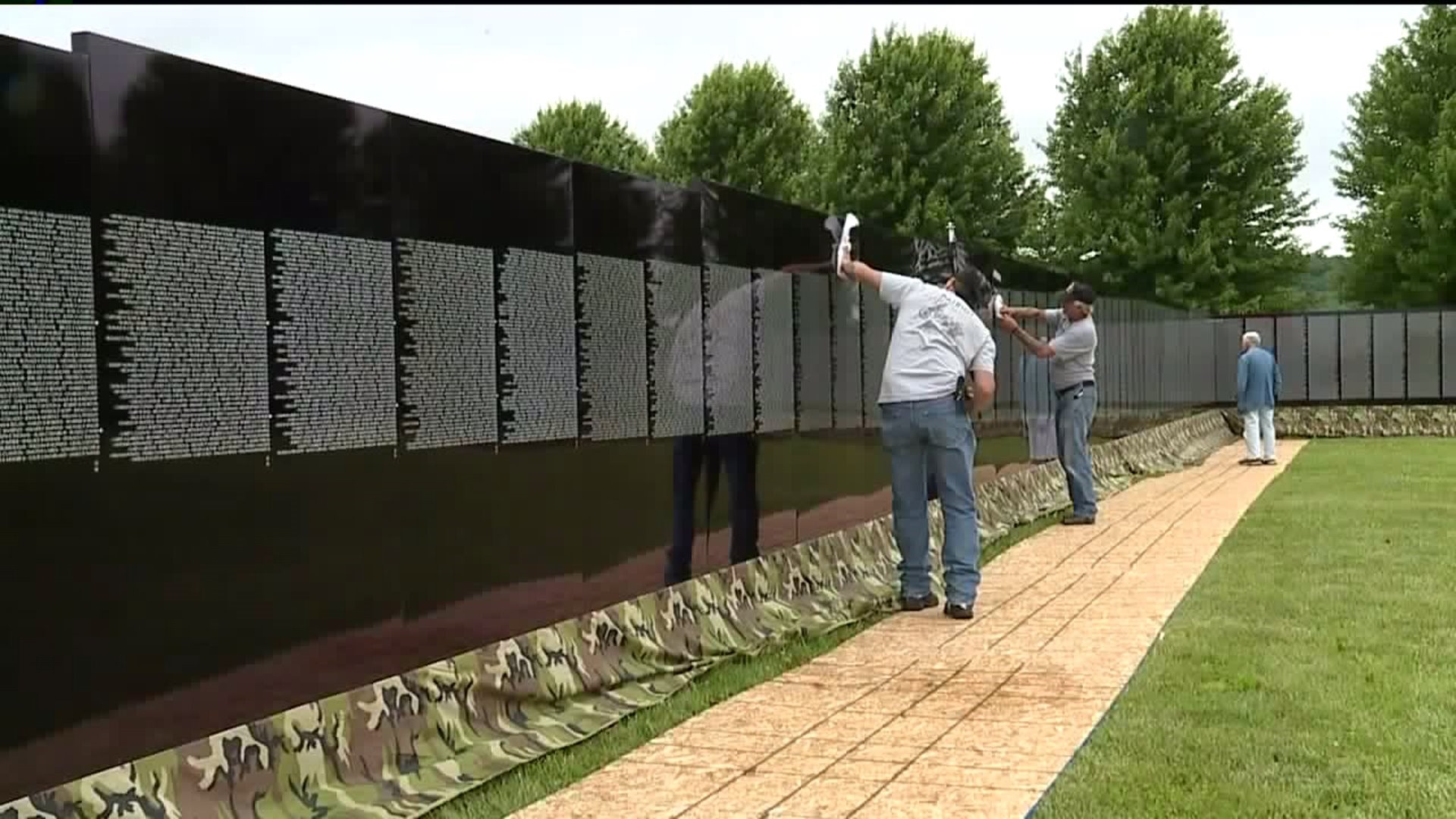 BLOOMSBURG, Pa. -- Piece by piece, crews set up a tribute to American war heroes -- The Moving Wall, a smaller replica of the Vietnam Veterans Memorial in Washington D.C.

There are more than 58,000 names on the wall of servicemen and women killed in combat.

"This is the pinnacle of what they’ve ever done for Vietnam veterans," Terry Lemon said.

Lemon is a Vietnam veteran who served in the Air Force. He lives in Bloomsburg and is happy to see the wall.

"Wherever it shows up, it’s just the idea of the effort that they put into doing a wall like this to remember the veterans," Lemon said.

For more than 30 years, the wall has traveled around the country. It has been in parts of northeastern and central Pennsylvania, before but this is the first time it's in Bloomsburg.

Slotterback helped bring the wall to the Bloomsburg Fairgrounds. He says it will be guarded 24 hours a day.

"We have a whole crew of guys until Monday that are going to be here as soon as things are set up and they’re done," Slotterback said.

Even though the wall doesn’t officially open until this weekend, people came a day early to catch a glimpse.

"I wanted to bring them today while it was being put up," Joyce Laubach said.

Laubach brought her great-niece and nephew.

"I just feel these gentlemen and women deserve our appreciation and to come down to see it," Laubach said.

"If one of your family members died during the war and you never got to see them again you can come see their name on the wall," Tanner Fensch said.

The wall will be at the Bloomsburg Fairgrounds until Sunday.