A Look Back: Flooding in Benton and Bloomsburg One Year Ago

BENTON, Pa. — This is a bleak anniversary in Columbia County. One year ago, floodwaters ravaged communities in Benton and Bloomsburg. Floodwaters forced s... 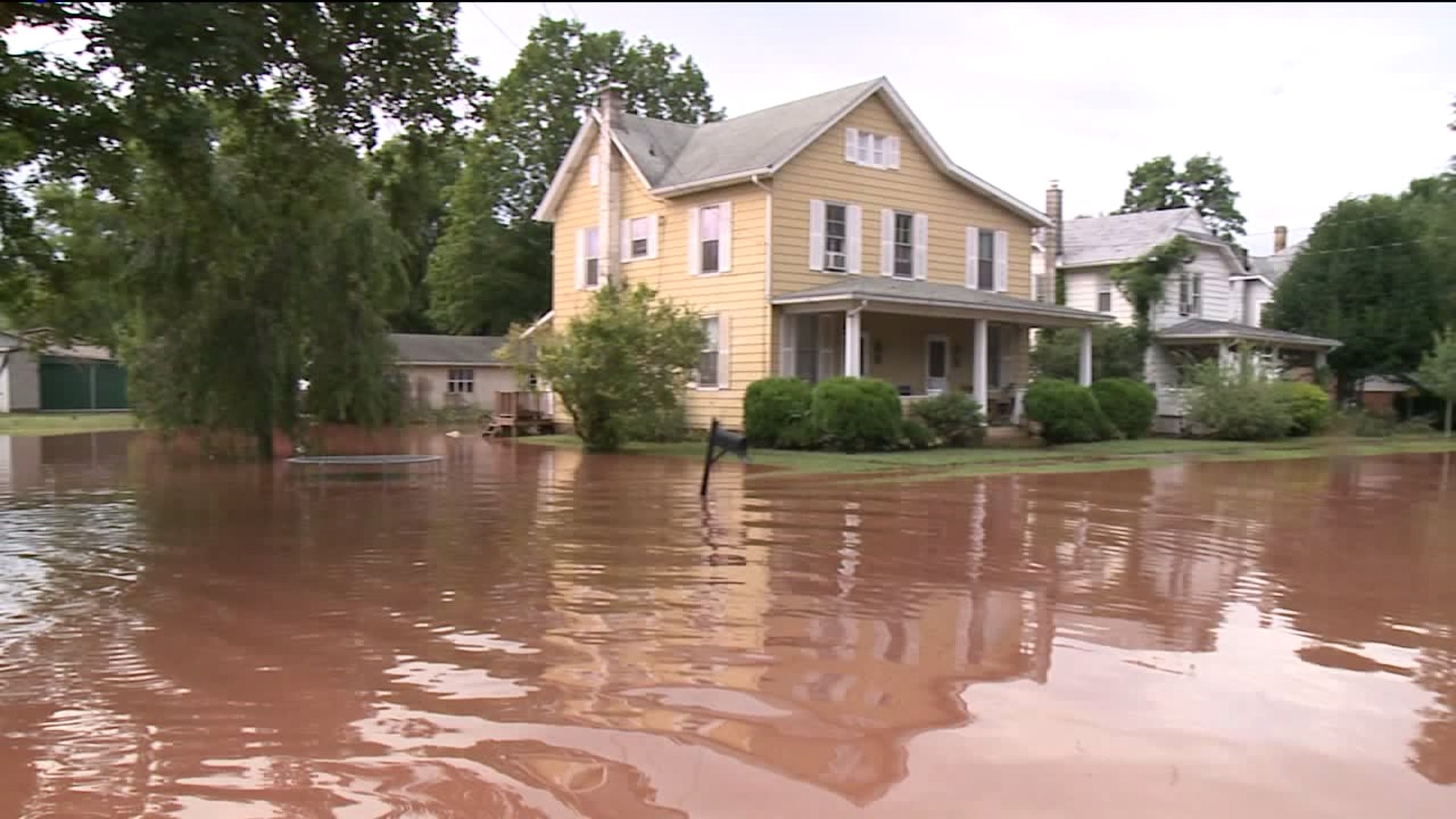 BENTON, Pa. -- This is a bleak anniversary in Columbia County. One year ago, floodwaters ravaged communities in Benton and Bloomsburg.

Floodwaters forced some people from their homes while businesses had to close for days to pump water from their buildings.

Most of the homeowners and businesses in Benton and Bloomsburg are back on their feet, but it has taken a lot of hard work and patience to get there.

Floodwaters rushed over the dam of Fishing Creek in Benton one year ago, ripping a playset off the ground and flooding homes. Some residents had to be rescued from their homes by fire crews.

One year later, it's a much calmer scene. Jennifer Evans was playing in the creek with her son. She remembers what it was like to hear of a friend's home being flooded.

"A lot of sadness, a lot of hardship. Benton has been struck with a lot of devastation, so it was just sad," Evans said.

Hoboken Sub Shop sits right above Fishing Creek in Benton. The basement of the business was flooded.

"We lost stuff down there like our furnace, our vacuums, stuff like that. We just closed down for a couple of days and cleaned up. Then when we were all fixed up, we reopened," Sub shop employee Cally Clossen said.

Meanwhile, 14 miles away from Benton in Fernville near Bloomsburg floodwaters from Fishing Creek forced some people out of their homes.

"It was bad. We had water around the whole house and we lost the water heater, but I had pumps going in the basement," Herschel Klinger said.

People living in the west end of Bloomsburg packed up what they could from their homes, carrying their pets in hand and heading to higher ground.

Herschel Klinger has lived near Bloomsburg for 25 years. He said he has finally had enough flooding issues with his home. He wants to move away.

"It's just cleaning up and remodeling everything and it's just, no," Klinger said.

Klinger tells Newswatch 16 he just filed to sell his home to FEMA. He is waiting to hear back.