MILL HALL, Pa. — A war veteran in Clinton County can now list high school graduate as one of his many accomplishments. 91-year-old Eugene Bennett Jr. was ... 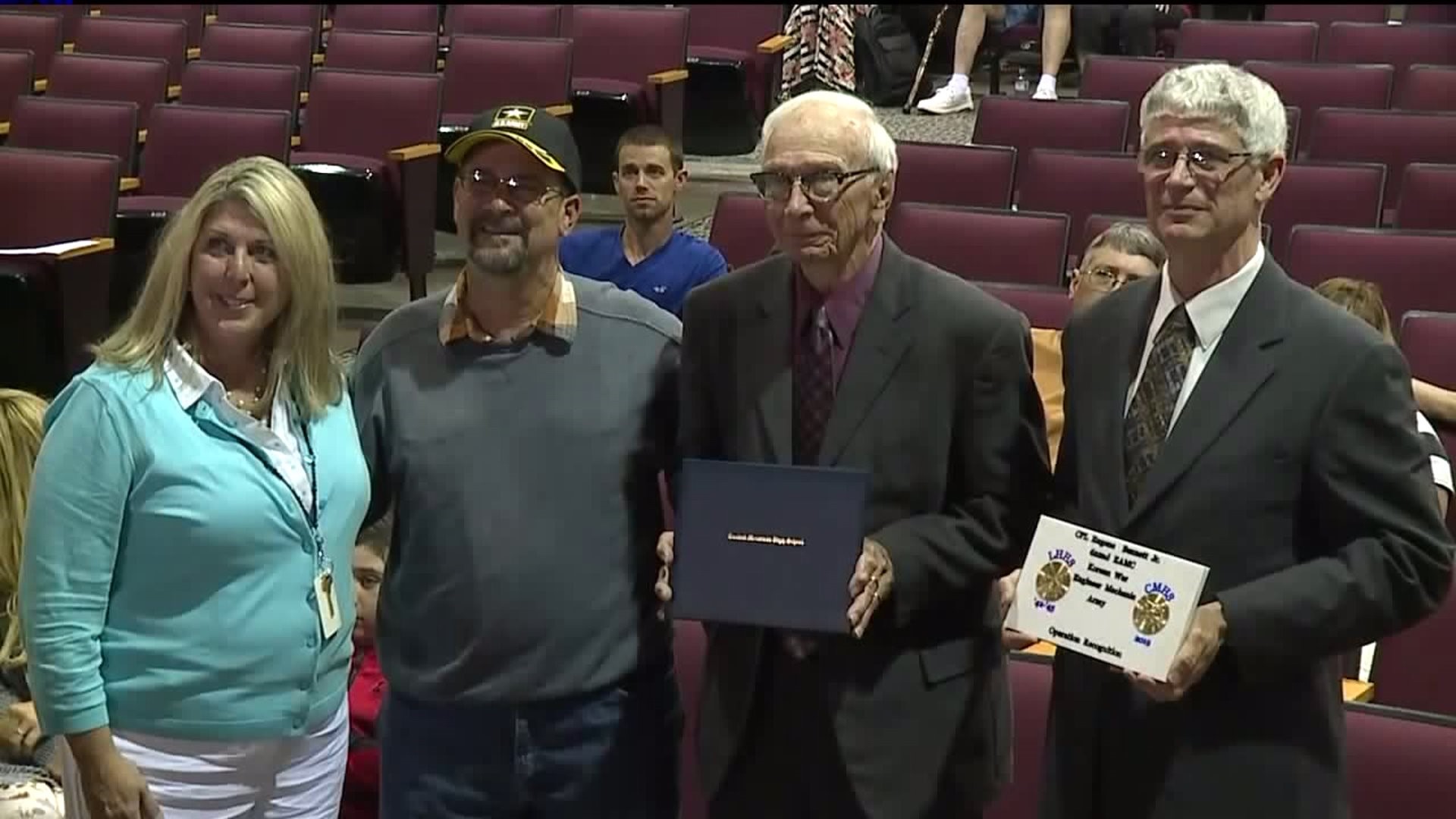 MILL HALL, Pa. -- A war veteran in Clinton County can now list high school graduate as one of his many accomplishments.

91-year-old Eugene Bennett Jr. was only 17 when he was drafted into the army in 1945 and had to leave high school.

Thursday night, his old school district honored him by giving him a diploma.

“At this time, I officially declare you a graduate and an alumni of Central Mountain High School,” said Jacquelyn Martin, the superintendent of the Keystone Central School District.

And with that, Eugene Bennett Jr. graduated high school, as he was handed his diploma by his son.

The 91-year-old veteran was just 17-year-old when he was drafted into the army in 1945 and had to leave what was then Lock Haven High School.

At the Keystone Central School Board meeting near Lock Haven, a graduation ceremony was held here for Eugene at the now Central Mountain High School with his family watching proudly.

“I don't have words to say, it took a long time,” said Eugene. “It's a surprise, a big surprise.”

Eugene was supposed to be sent to fight in World War II but the war had ended, so he was sent back home where he got a job.

Then he was sent to fight in Korea in 1952 where he earned several medals and his GED.

But he never got a diploma until now, through a veterans' program called “Operation Recognition”.

“All he had was his GED and then we found out that there was a program that veterans could take their GED and get their diplomas through their local school board,” said Eugene’s son, Eugene A. Bennett.

This is the first year the district has participated in “Operation Recognition." It plans to continue participating in the future.

“Any vet that’s willing to get out of high school without their diploma to go in and serve, I'm all about, hey, let's get him his diploma,” said school board vice president Roger Elling, who himself is a veteran.

One of Eugene’s grandsons wore his own Central Mountain graduation gown to honor his "pap."