LIBERTY TOWNSHIP, Pa. — Some kids in Clinton County had a unique visitor stop by their school on Friday. Students at Liberty Curtin Elementary School got ... 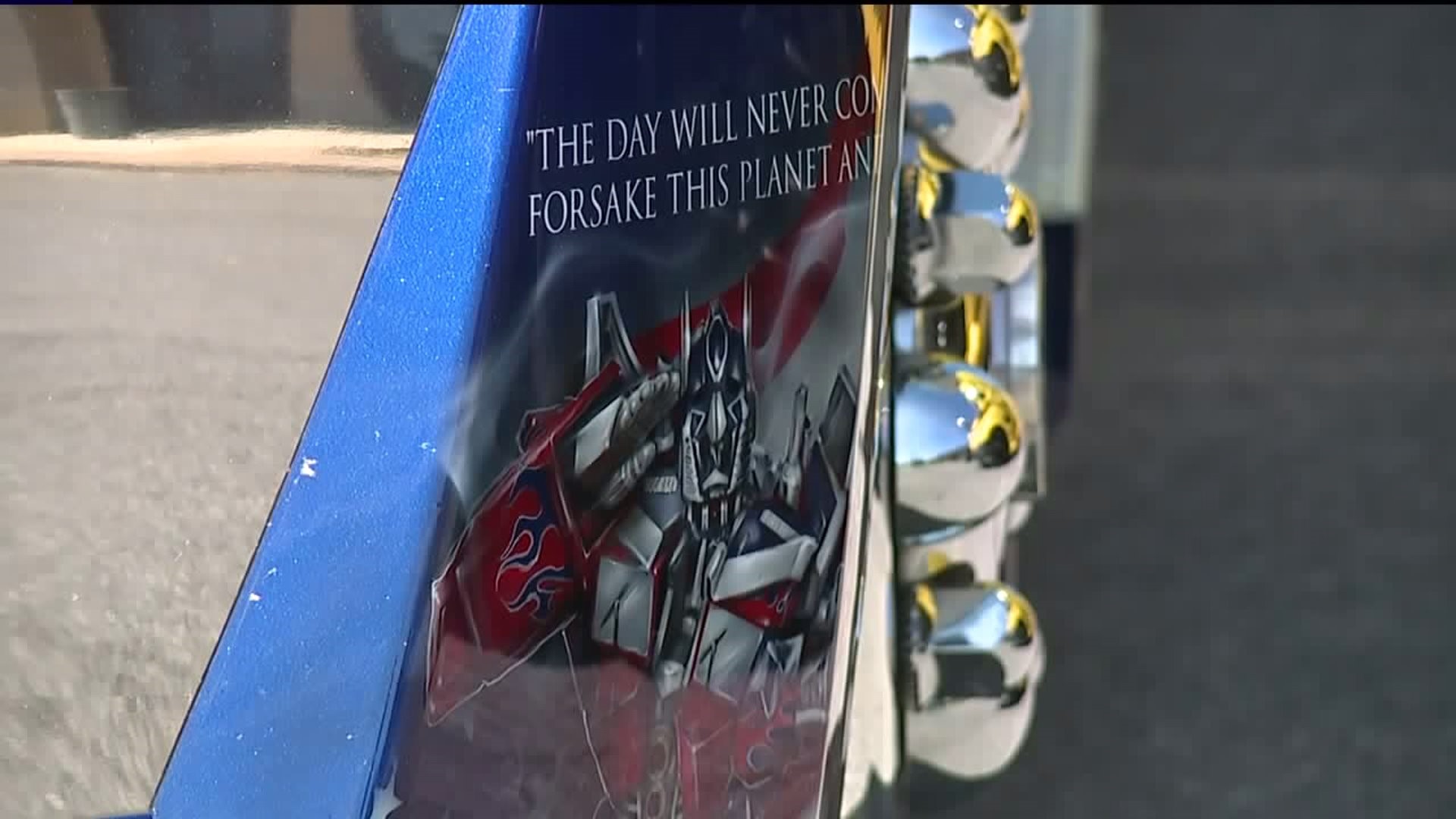 LIBERTY TOWNSHIP, Pa. -- Some kids in Clinton County had a unique visitor stop by their school on Friday.

Students at Liberty Curtin Elementary School got the chance to meet a Transformer.

Joe Fiduccia is the owner of the world's only replica version of Optimus Prime and says he loves to share his pride and joy with others.

"Best feeling in the world to give these people a reason to smile and maybe give them some hope, some inspiration. Optimus alone just as a character has those strong morals, those strong ethics, and he's always leading by example and I like to think I'm doing the same thing in my own life," Fiduccia said.

Transformers are trucks that turn into robots. They were first popular as toys and are now featured in blockbuster films. Optimus Prime is one of the main characters.

Joe's vision when replicating Optimus Prime was to encourage others to dream big and that's exactly what he told students at Liberty Curtin Elementary School.

"As you grow up, don't let fear hold you back. Let fear be that driving force that allows you to get everything you need so you can accomplish your dreams."

As usual, Optimus Prime brought some backup with him -- his buddy Bumblebee. The two transformers parked in front of the school as children waited in line for a picture with the Autobots.

Prella Smith is a fourth grade teacher at the school and she helped organize the event.

"I was kind of hesitant, I wasn't really sure. I was excited, I was nervous, I knew the little kids would like it. I wasn't sure if the upper grades would like it but they did, they loved it and it just made me feel really good," Smith said.

"'I never thought that this was possible," said fifth grader Ethan Willow. "it's just crazy to be the only school in the world right now to have Optimus Prime outside of our school right now."

Fiduccia also spoke to the children about bullying and asked them to join Team Prime, an initiative he started to raise awareness about bullying in schools.