LOCK HAVEN, Pa. — Very little remains of the Town Tavern in downtown Lock Haven. The property on Bellefonte Avenue was being demolished earlier this year,... 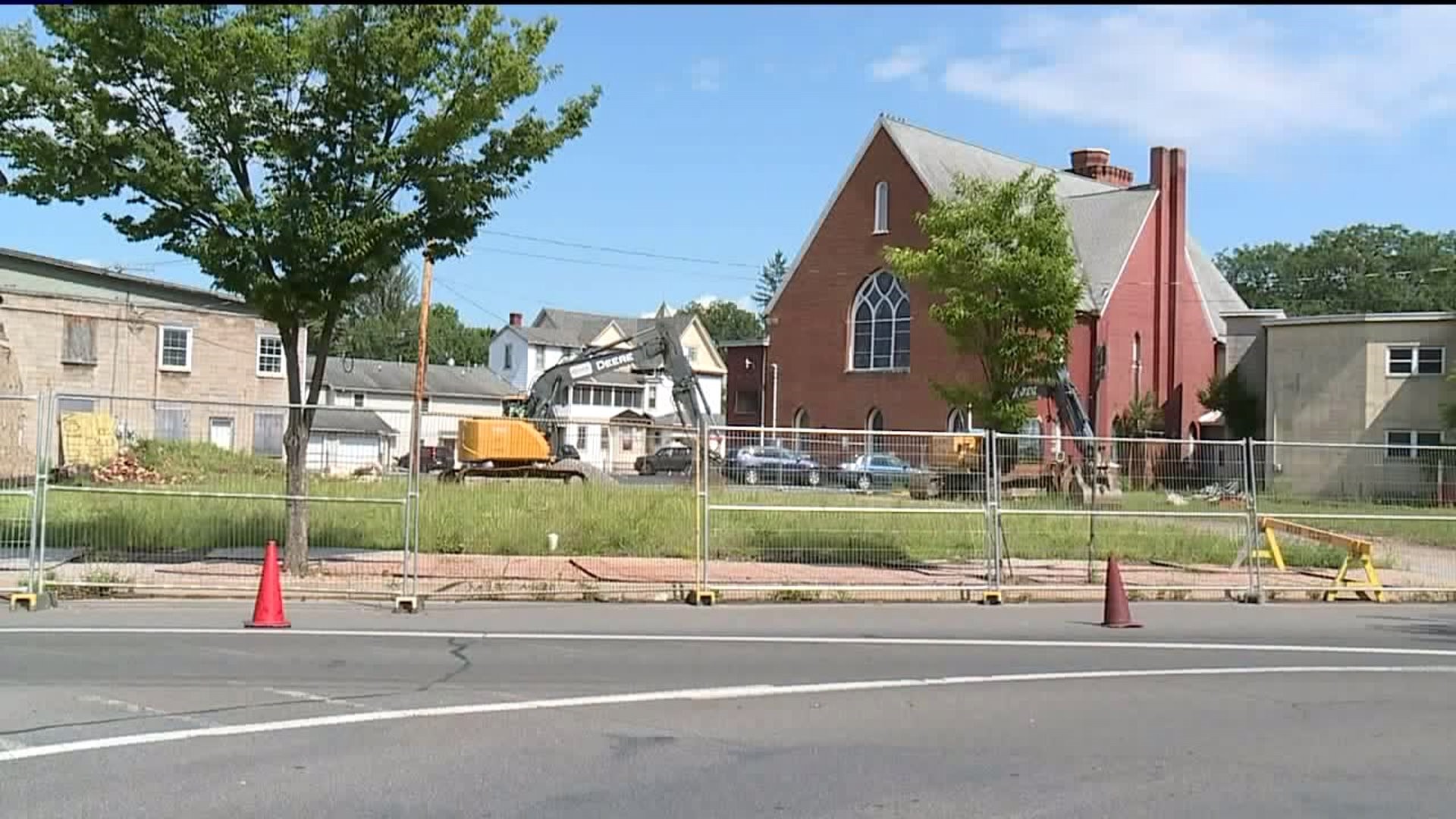 LOCK HAVEN, Pa. -- Very little remains of the Town Tavern in downtown Lock Haven. The property on Bellefonte Avenue was being demolished earlier this year, but work was stopped halfway through due to complications.

Folks in the area say it's negative look for the community.

"To walk by and see this is disturbing, disgusting, it's an eyesore. I think it needs to come down. They need to get rid of it," Angel Graham said.

City officials tell Newswatch 16 that the building will finally be coming down in just two weeks, but it comes at a price to Lock Haven residents.

The demolition of the Town Tavern started in the spring and they got halfway through before the city realized the building right next door would be in danger if the demolition continued, so Lock Haven bought that building for $65,000.

The city spent taxpayer money to purchase the one-story building that was in use so they could continue the demolition. That building will also be torn down when demolition resumes.

"You spent our money to destroy a building that was worthless? Why? That's my taxes you basically burned, you pretty much threw it in a fire and burned it," said Graham.

"To be honest, I'm sure that there are probably better ways to spend that money and I hope that something good comes out of it, other than this mess over here," said Shlomi Dori.

City manager Gregory Wilson told us once the buildings are demolished, Lock Haven officials will be meeting to discuss the future plans for the property.