Too Many Dogs at Clinton County SPCA

DUNNSTOWN, Pa. — The Clinton County SPCA is calling on its community for help. The no-kill shelter currently has more dogs than kennel space available. Th... 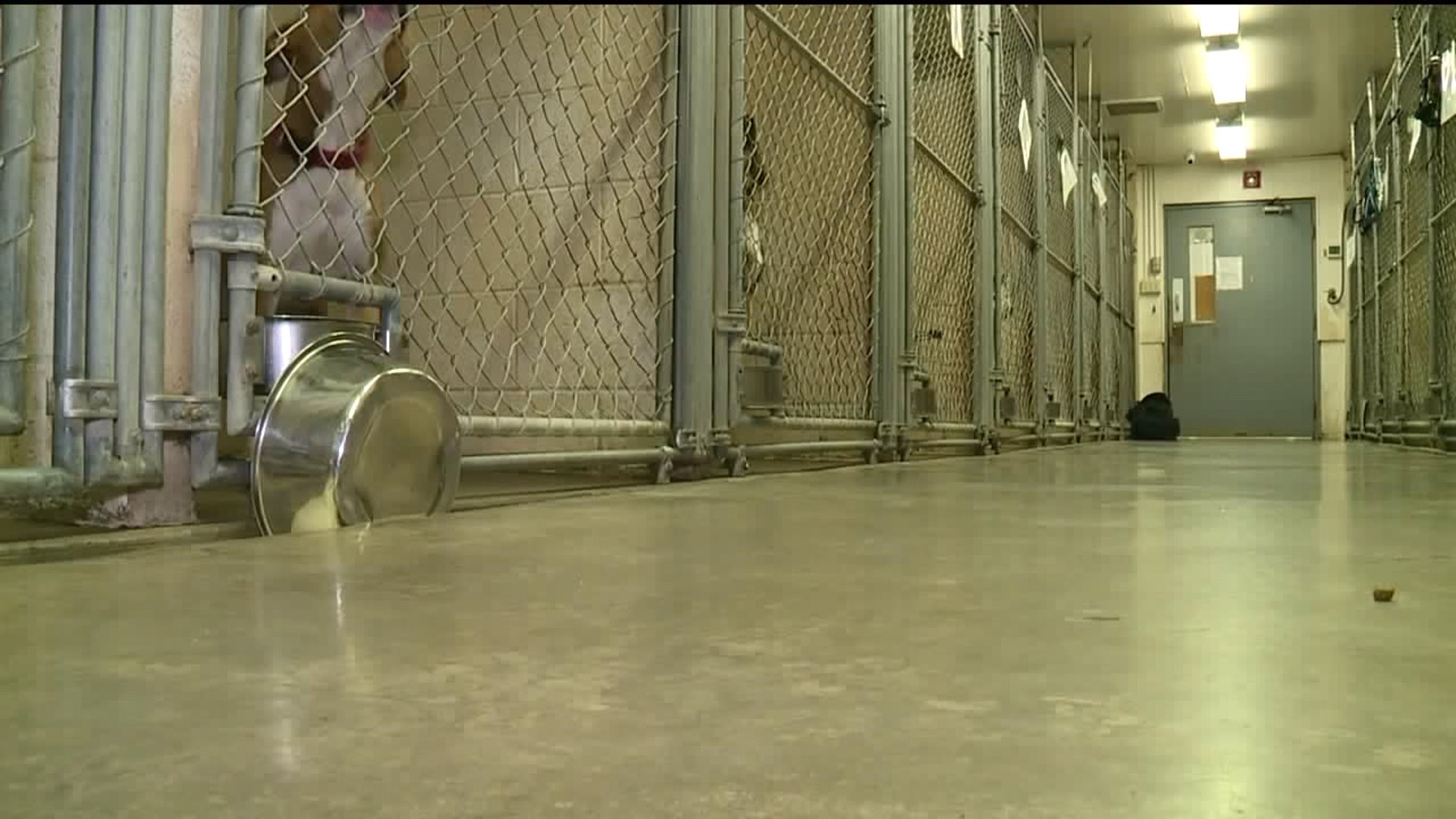 DUNNSTOWN, Pa. -- The Clinton County SPCA is calling on its community for help. The no-kill shelter currently has more dogs than kennel space available.

The Clinton County SPCA is in dire need of help. The no-kill shelter is currently overflowing with stray dogs and running out of space to keep them.

"Right now, we are over full," said shelter manager Cristy Lehman. "We have never had this many dogs at the shelter that we can't even house them all up in our kennel. We're housing them at our houses, some of the staff members and we are housing them in our boarding facility."

The organization says they usually have around 15 stray dogs at a time but right now, they have 29 and one of those dogs is expecting to give birth to six puppies.

"It is very stressful. It's very mentally exhausting. We pretty much have just been living here instead of our own homes, but somebody has got to do it, somebody has to take care of them," Lehman said.

"With being this full, it is hard for us to get the interaction, one-on-one time with each dog as much as they need it," said assistant kennel manager Erica Barclay.

The adoption kennels at the Clinton County SPCA have become so over-crowded they had to move dogs downstairs to the boarding kennels, which has left a dent in the organization's income.

"It puts a damper on the boarding because that is an income for us because it's a service we provide, but when the kennels get full from strays or surrenders, then we can't open them up to our boarders," Lehman explained.

The organization asks anyone who is in search of a dog to come visit their adoption kennels.

"You just need to give them a chance and don't judge them by being in the kennel," Barclay said.

If you can't adopt, the SPCA is also asking for donations to help care for all of their animals.