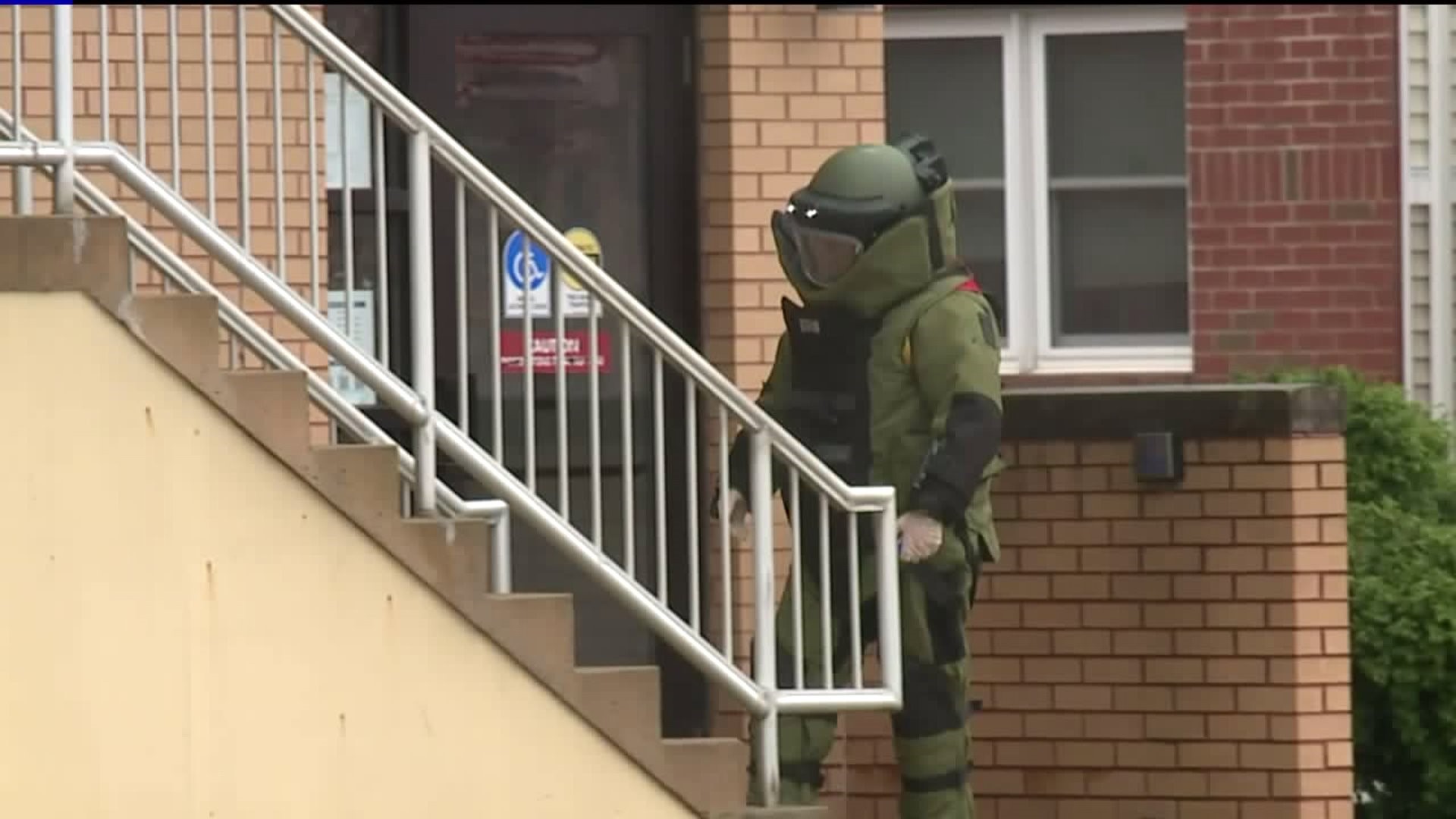 LOCK HAVEN, Pa. -- Lock Haven City Hall was placed on lockdown Monday morning after a suspicious bag was found in the lobby.

A state police bomb squad was called in, and people who live nearby said they had seen that same bag sitting on the steps of the building over the weekend.

The bag was found right inside the main entrance. As a precaution, police blocked off Church Street in front of City Hall.

"Anybody that works down here, their day is all messed up. I mean my salon, the girls couldn't get into work, had to call and tell them to redirect their traffic patterns to get in here, so the whole town was like in chaos," said Tammy Ames, Tropical Tanning and Beauty Salon.

A state police bomb squad came from Hershey. As one of the members went in and out of the building several times, bystanders looked on.

"I thought maybe something was going on in my building because there was fire trucks there and police all over," said Carol Fisher. "It scared the dickens out of me."

State police found no bomb inside the bag. Instead, it contained clothes, a doll, and other things a child might have. One woman remembers seeing the bag on the doorsteps of City Hall over the weekend.

"Yeah, it was Saturday morning," Haley James said. "My mom and I saw a white and black bag sitting here at City Hall in front of the door."

Even though the bag turned out to be harmless, people living near Lock Haven City Hall did not like being inconvenienced.

"It's so stupid. It really is stupid for people. How can people be so stupid, really? I hope they get caught."

Lock Haven City Hall remained closed for the rest of the day but will re-open Tuesday.

Lock Haven City Hall is currently on lockdown. A suspicious package was found on doorsteps this morning. A bomb squad is on the way. pic.twitter.com/6Y9HlAlqsY