CASTANEA TOWNSHIP — In Lock Haven, most people know about the Texas Restaurant. Newswatch 16 found out most of the patrons inside also know someone who wo... 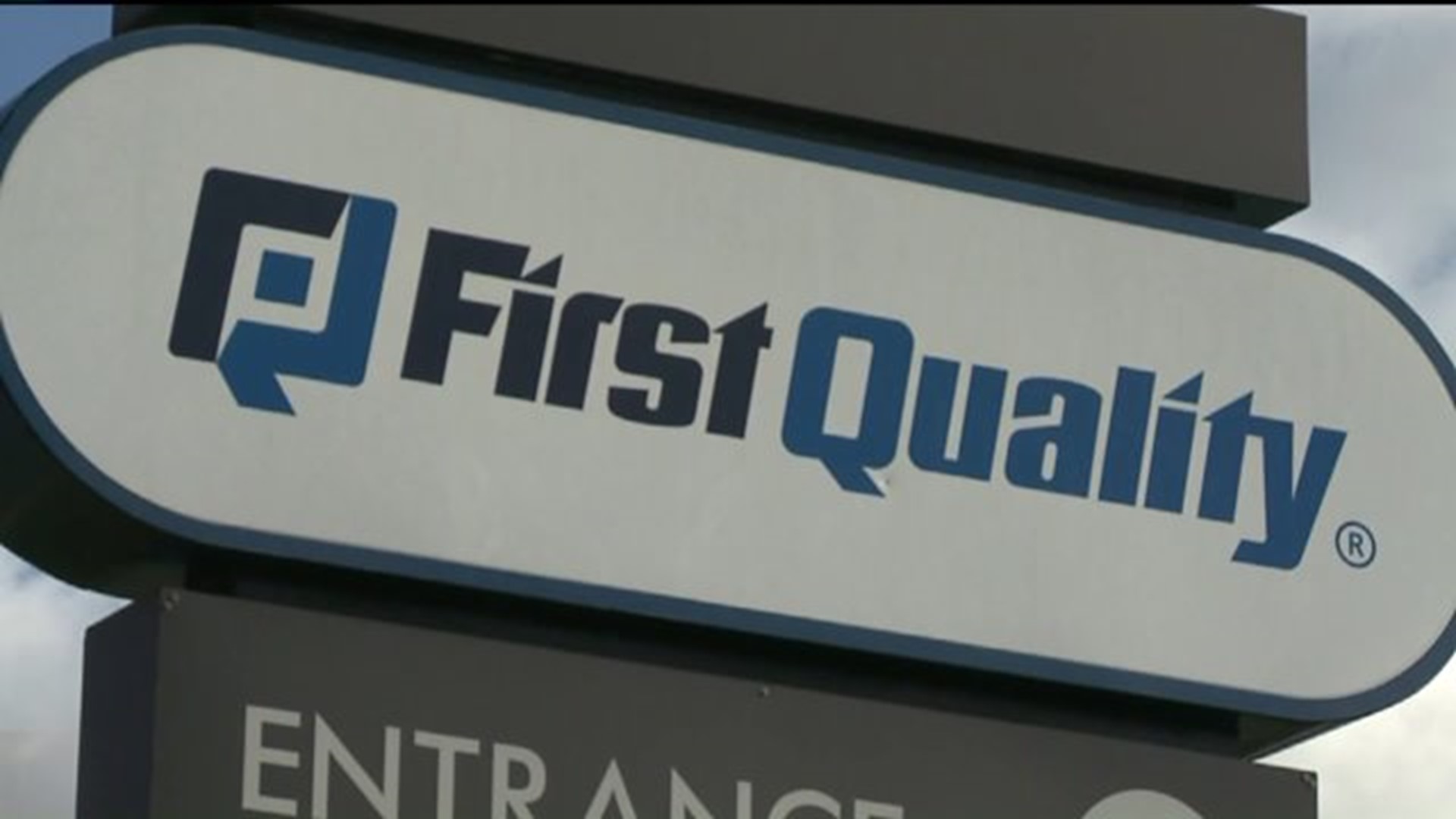 CASTANEA TOWNSHIP -- In Lock Haven, most people know about the Texas Restaurant. Newswatch 16 found out most of the patrons inside also know someone who works at First Quality Enterprise.

"They do employ a lot of people," said Willard Probst.

"I think they are our new Piper Aircraft," said Don Houser.

About two years ago, the tissue paper factory that's also the largest employer in Clinton County announced plans to expand at its site in Castanea Township.

This week, the company based in New York announced it will officially put in a third paper making machine at its factory near Lock Haven by 2019.

The expansion over at First Quality means more job opportunities for people in Clinton County. That's good news for CareerLink. Employees at the business help hundreds of people each month looking for a job in central Pennsylvania.

"So, the unemployment rate for Clinton County most recently is 7.1 percent, so there really is a need for jobs in this area,” said Jill Walter.

According to officials in Clinton County, First Quality will add nearly 200 permanent jobs at its site. The expansion project will also create several construction jobs.

"We have a lot of job seekers looking for those type of positions so it's great when we hear about new opportunities," said Walter.

"I know a lot of other people mostly my age that are looking for jobs and it's a struggle," said Weber.

Nicole Weber lives in Lock Haven because she goes to school at Lock Haven University.