One man says he is lucky to be alive after that 66-vehicle pileup Wednesday in Clinton County. 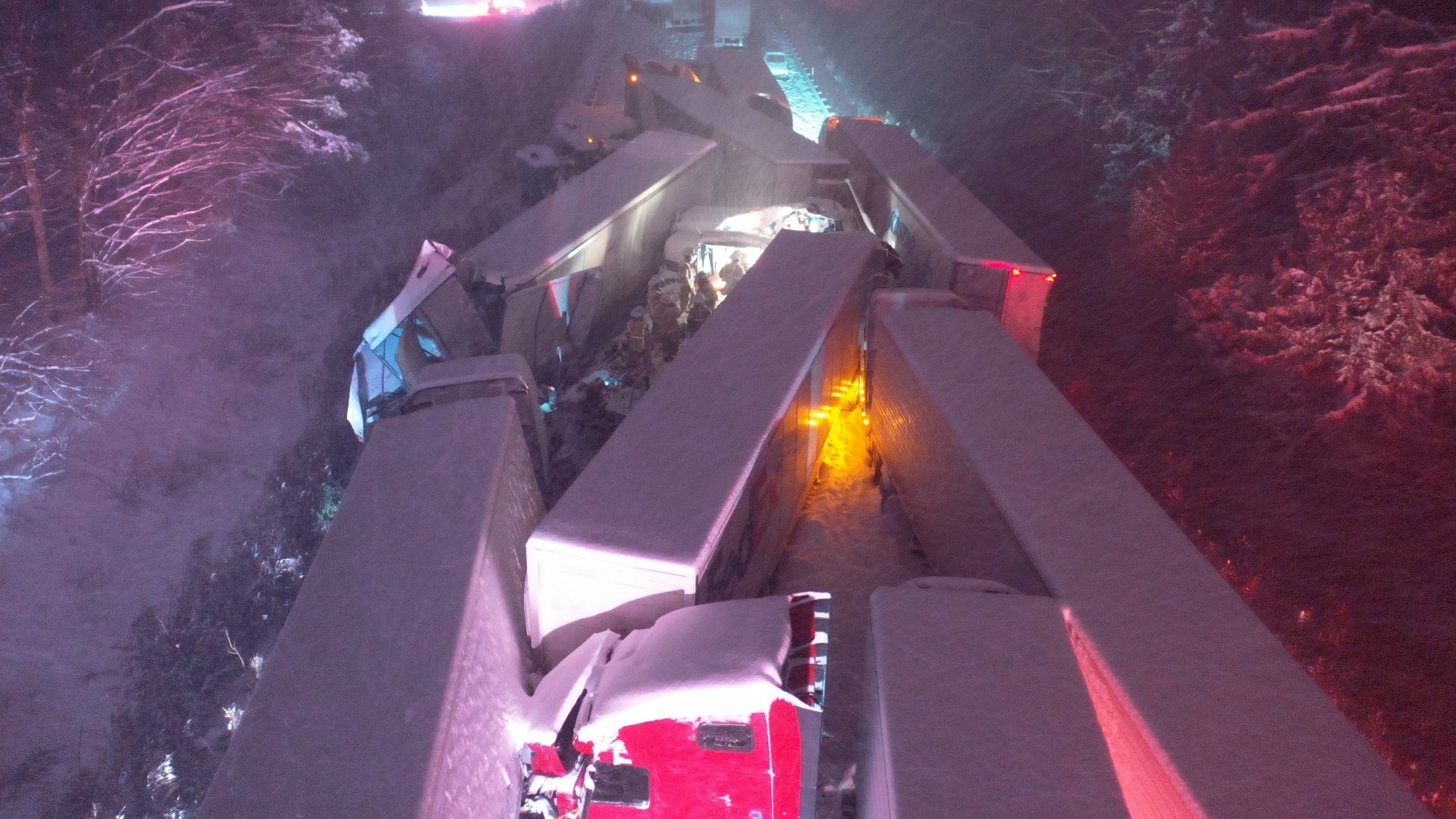 LAMAR, Pa. — On Thursday, state police released images of the 66-vehicle crash on Interstate 80 in Clinton County. At least two people died in the wrecks.

Justin Majewski was on his way home from work Wednesday afternoon on Interstate 80, and traffic was stopped ahead of him for another crash.

"The trucks that were behind me with the way the snow was falling, it was almost white-out. They couldn't see to stop in time, and they were unable to stop. They hit the back of my car and pushed me probably 50 to 100 yards into the back of the truck that was in front of me that was stopped," Majewski recalled.

Majewski was about 10 minutes away from his house near Lamar at the time of the crash. He describes the domino effect of vehicles behind him.

"As I was sitting in my car on the phone with 911, I could still feel the cars from behind impacting and feel the vibrations from the whole pile-up," Majewski said.

Majewski was there for nearly five hours before he was taken to the hospital by ambulance.

"The truck that I was pushed into, the driver of that vehicle actually let me sit in his cab to stay warm and out of the snow," Majewski said.

Investigators say 66 vehicles were involved in the crash.

Majewski is very sore but is grateful to have walked away.

"I couldn't believe that I climbed out of that to be able to walk away from it," Majewski said.

Investigators say at least two people died in the Interstate 80 crash near Lamar.