Powerboat racers from all over the country will flock to Lock Haven to race on the Susquehanna River this Labor Day Weekend. 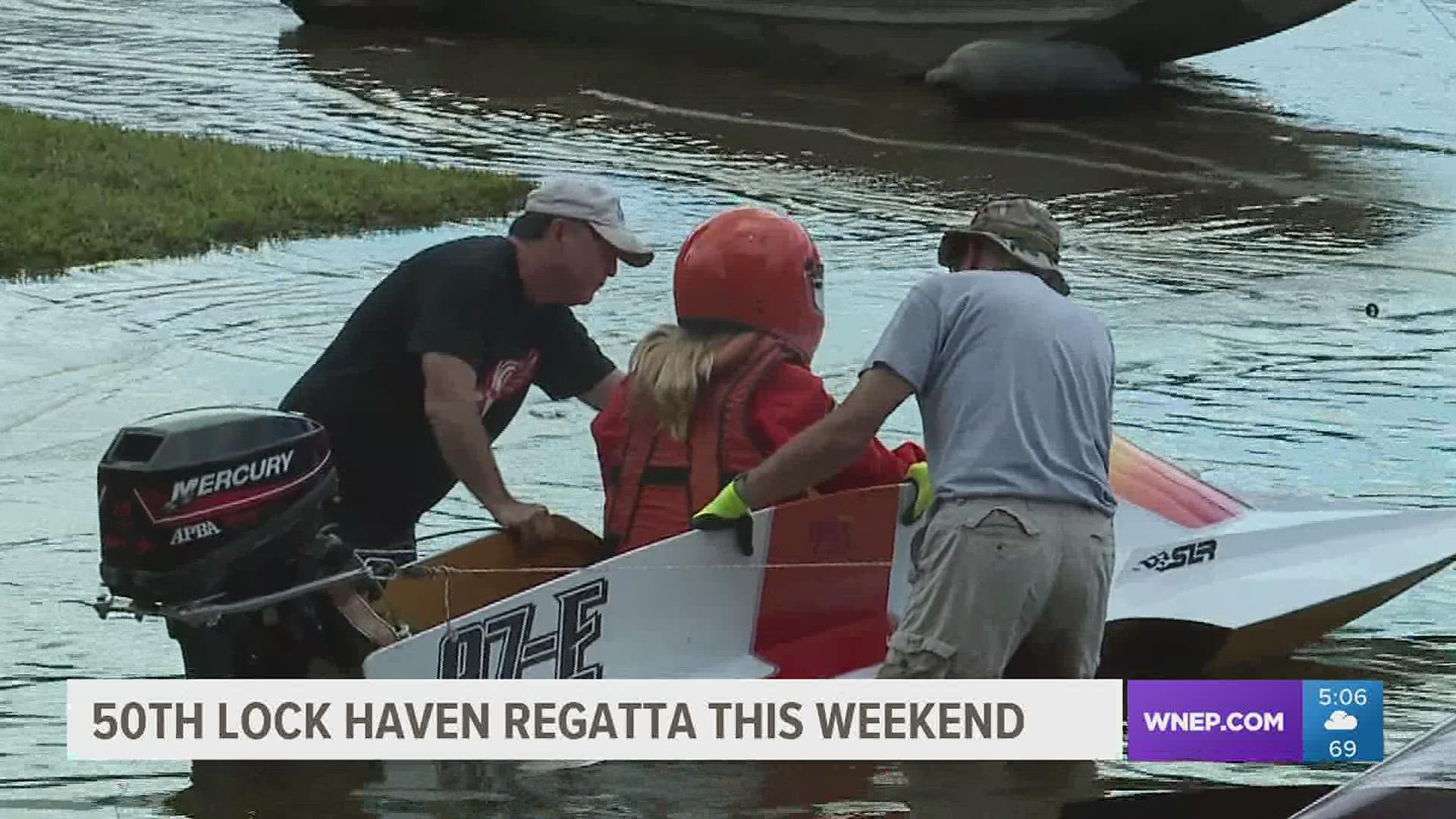 LOCK HAVEN, Pa. — Fire up those engines and get ready because this weekend is the 50th Lock Haven Regatta. Powerboat racers from all over the country will race this weekend on the Susquehanna River. The races begin on Saturday and go through Monday.

"It's pretty exhilarating. I mean, when you get out there in the corner, it is just a wall of water, and you can't really see a whole lot, so you just have to dig in and hope you make it through," said Brenan Haines of Lock Haven.

"The greatest part of this weekend is being around the other racers. It is truly a family. I mean, these guys are awesome," said Bob Whalers of Lock Haven.

Last year, the 50th anniversary was canceled because of the pandemic. Racers tell Newswatch 16 that they are excited to be back at one of the largest courses in the country.

"Last year was rough. We looked online pretty much every week to see if any of the races were going to happen or not, and none of them did. But this year, pretty much all of them are happening, and we are super excited," said Whalers.

The Susquehanna River's water level will be higher than normal this weekend because of Hurricane Ida. Racers say they will have to keep a close eye out for objects floating in the water.

"When you are going that quick, your perspective is not very good, so if you are coming up on it, you are not going to see it until you're right on top of it. So, if it is out there, it is probably going to get hit, and it'll throw your fin up and throw you out," said Haines.

"The spotter boats have to watch out for debris coming down the river, and if you see something, you have to kind of let somebody know that there is debris out there," said Sean Haines of Lock Haven.

In addition to the boat races, downtown Lock Haven host a street festival with food and live music all weekend long.

Heres what you've been waiting to see. Hope to see all of you down at the river Labor Day Weekend.