An icy Interstate 80 in Clinton County was the scene of a pile-up Monday night involving cars, trucks and tractor trailers. Some of the people involved were hea... 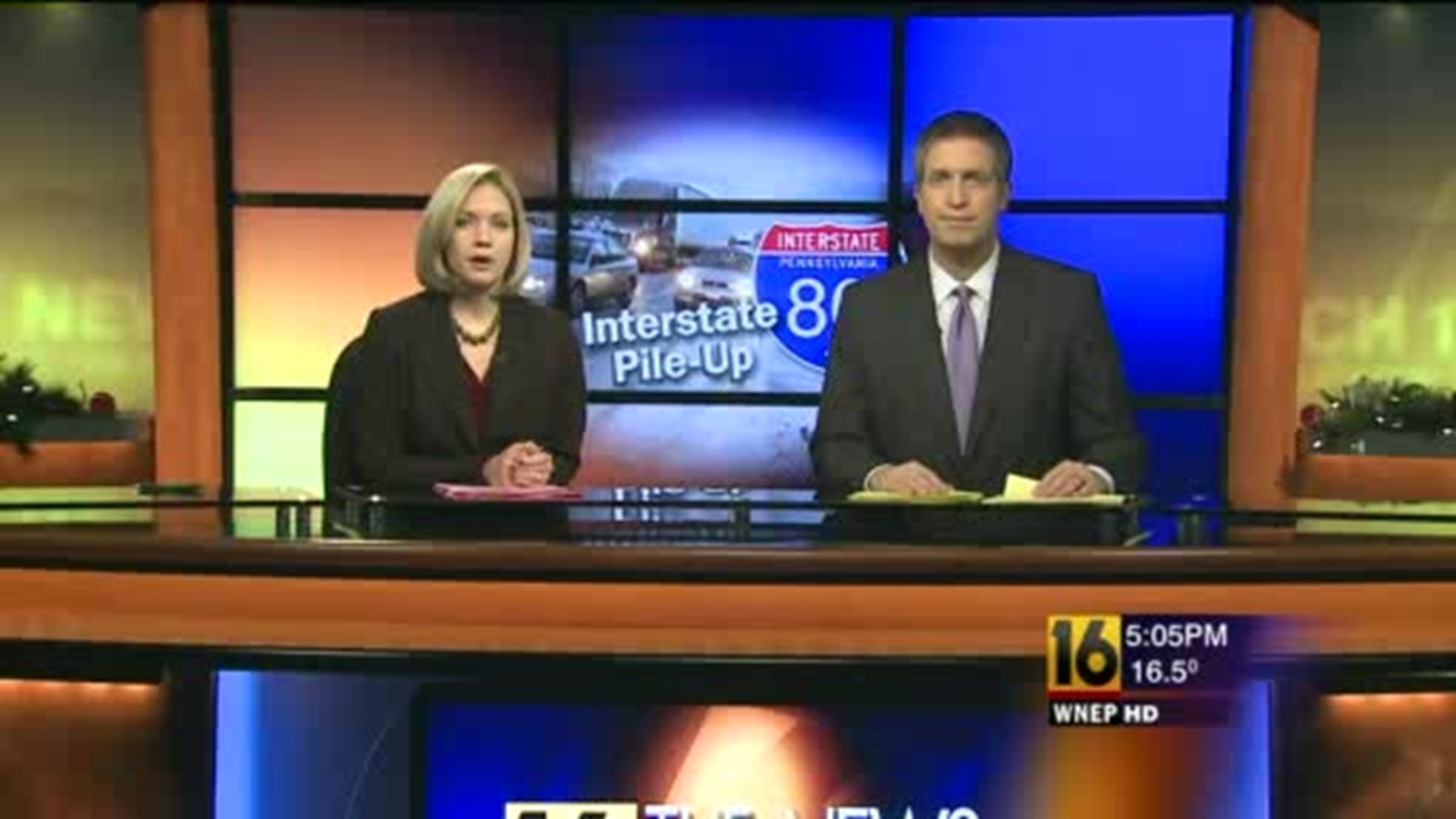 An icy Interstate 80 in Clinton County was the scene of a pile-up Monday night involving cars, trucks and tractor trailers.

Some of the people involved were headed home to places such as Michigan when the wreck stranded them in central Pennsylvania.

The conditions were just right, or depending on how you look at it, wrong, for Interstate 80 in Clinton County to freeze Monday evening.

The treacherous highway sent trucks and cars spinning out of control near the Jersey Shore exit. The result was 20 vehicles blocking the westbound lanes and back-ups for miles while crews cleared the wreckage.

A day later, Newswatch 16 met Hakar Yasin of Michigan, one of eight crash victims the American Red Cross put up at a hotel near Lock Haven.

"I'm pretty thankful right now. The way, it's kind of crazy. A split second anything can happen," said Yasin.

His car was damaged so badly, like others from the I-80 pile-up, that it needs work or a replacement before he and his cousins can get back on the road.

"We're waiting it out, waiting for our cars. Not sure what to do," added Yasin.

He said he did not realize how slippery and slick the westbound lanes of Interstate 80 got around 5 p.m. Monday until it was too late. He and the people in his car slid out of control and smashed into another vehicle.

"We pressed the brakes, that's when the mistake happened, my car totally flipped around," said Yasin.

The same goes for more than a dozen other drivers and tow operator Robert Bressler said that stretch of I-80 is notorious for blinding snow squalls and icy conditions this time of year.

"People should realize it's January and it gets below freezing," said Bressler who owns Bressler's Garage & Towing.

All in all, emergency officials said everyone was lucky no one was seriously hurt.