CLINTON COUNTY, Pa. — Police believe more than $20,000 was stolen in the past year from an organization that helps others. Maria Garlick, the former execu... 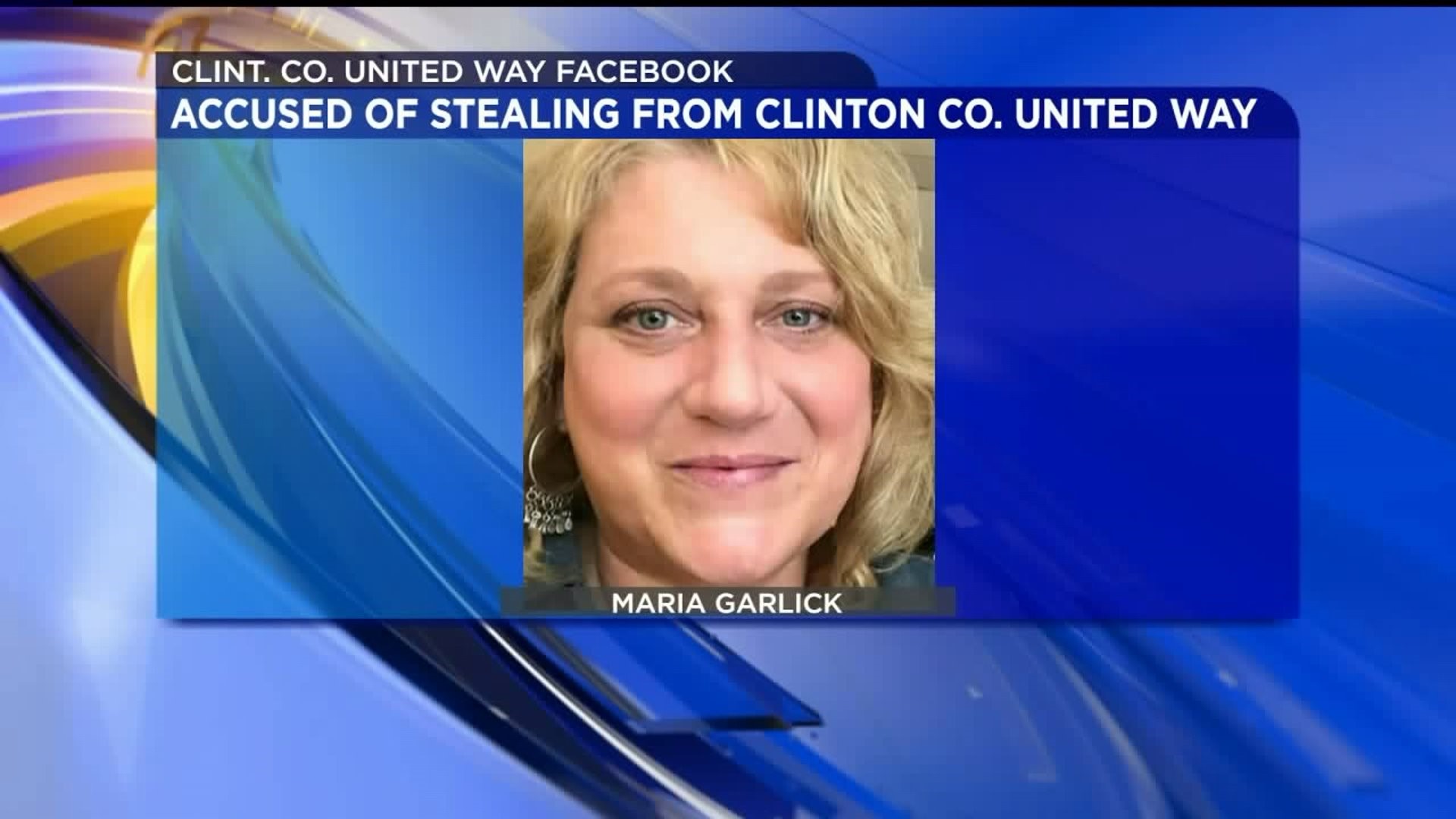 CLINTON COUNTY, Pa. -- Police believe more than $20,000 was stolen in the past year from an organization that helps others.

Maria Garlick, the former executive director of the Clinton County United Way, is facing felony charges after being accused of stealing from the nonprofit organization.

Garlick was arrested last week after she was charged for stealing from the organization.

She was fired in July for stealing from the organization and is now facing felony charges. Garlick is being accused of taking more than $20,000 from the nonprofit.

"Every penny counts, and when you have somebody that willingly and blatantly takes this money from recipients, you know, it's almost a slap in the face to those that they are there to represent and support," Kevin Ferrara said.

"It's just kind of crazy because they are supposed to be here like they are doing stuff for the community, so it's hard to think like someone like that would take money, especially when it's needed," Courtney Grimes said.

During her 14-month career as the executive director of the Clinton County United Way, Garlick wrote herself 26 different checks totaling $19,000, money she was never supposed to get, according to investigators.

According to the police report, Garlick is accused of making $1,300 worth of unauthorized purchases with the organization's debit card.

People in Clinton County told Newswatch 16 that instances like this make them more cautious about donating in the future.

"Growing up here in Clinton County, donating was something that people always did. You know, in times of need, people reached out to these organizations and said, hey, you know, if we have some money, we will go ahead and help you out. Now for me, I would think twice about it," said one county resident.

"We, as a volunteer board and as stewards of the resources entrusted to us, assure you that the Clinton County United Way intends to continue to follow all legal and ethical standards and takes this responsibility very seriously."

The United Way also stated they will continue to work diligently to provide accountability, oversight, and transparency for all of Clinton County.