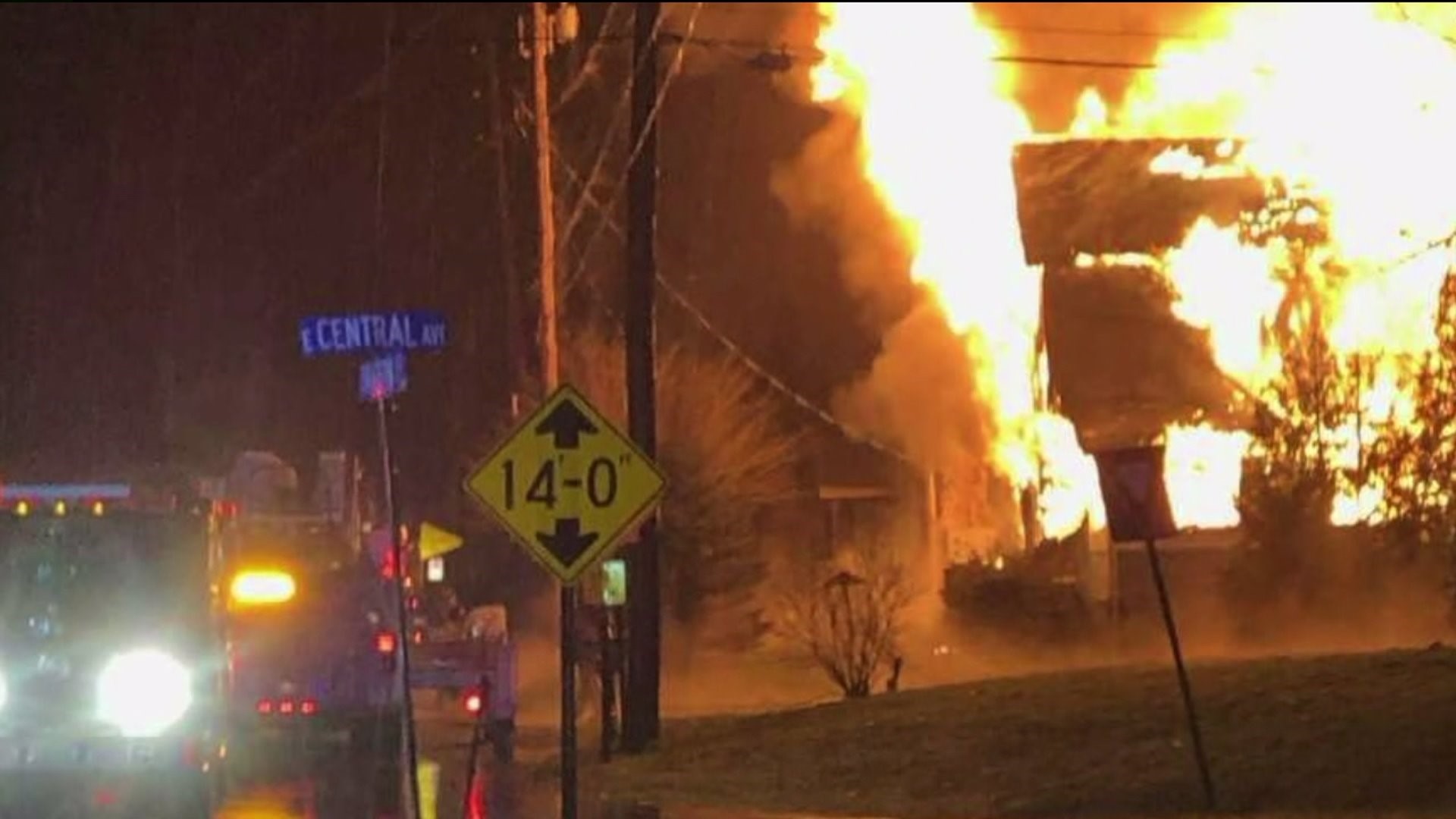 PINE CREEK TOWNSHIP, Pa. -- Orange and yellow flames filled the sky New Year’s Eve as a family's home just outside of Avis caught fire. The family lost their home and their four dogs to that fire.

"I could just see through the bushes, and it was so far up," 9-year-old Lily Bowers said.

Bowers lives nearby. She was one of the first people to call for help.

Neighbors tell us the family who lived there was not home when the fire started. They are OK, but the family's four dogs died in the fire.

"It just makes me really sad to see that it's gone, and Steve and Karen, they would bring out the dogs, and I would pet them once in a while," Bowers said.

"We didn't think ours was going to catch fire, and they said, 'We need to get away from it,'" Eileen Hughes said.

The fire spread to the apartment building next door where Hughes and her husband live. In all, three families were forced out of their homes. Most of Hughes' belongings have been destroyed. Thanks to a neighbor, her family got out safely.

"We were in our kitchen talking, and we would have never seen or heard anything if it wouldn't have been for Jerry coming over. They are just amazing people, coming together and trying to help us and stuff. It's so devastating, all of this," Hughes said.

Family and friends are collecting donations to help the fire victims.