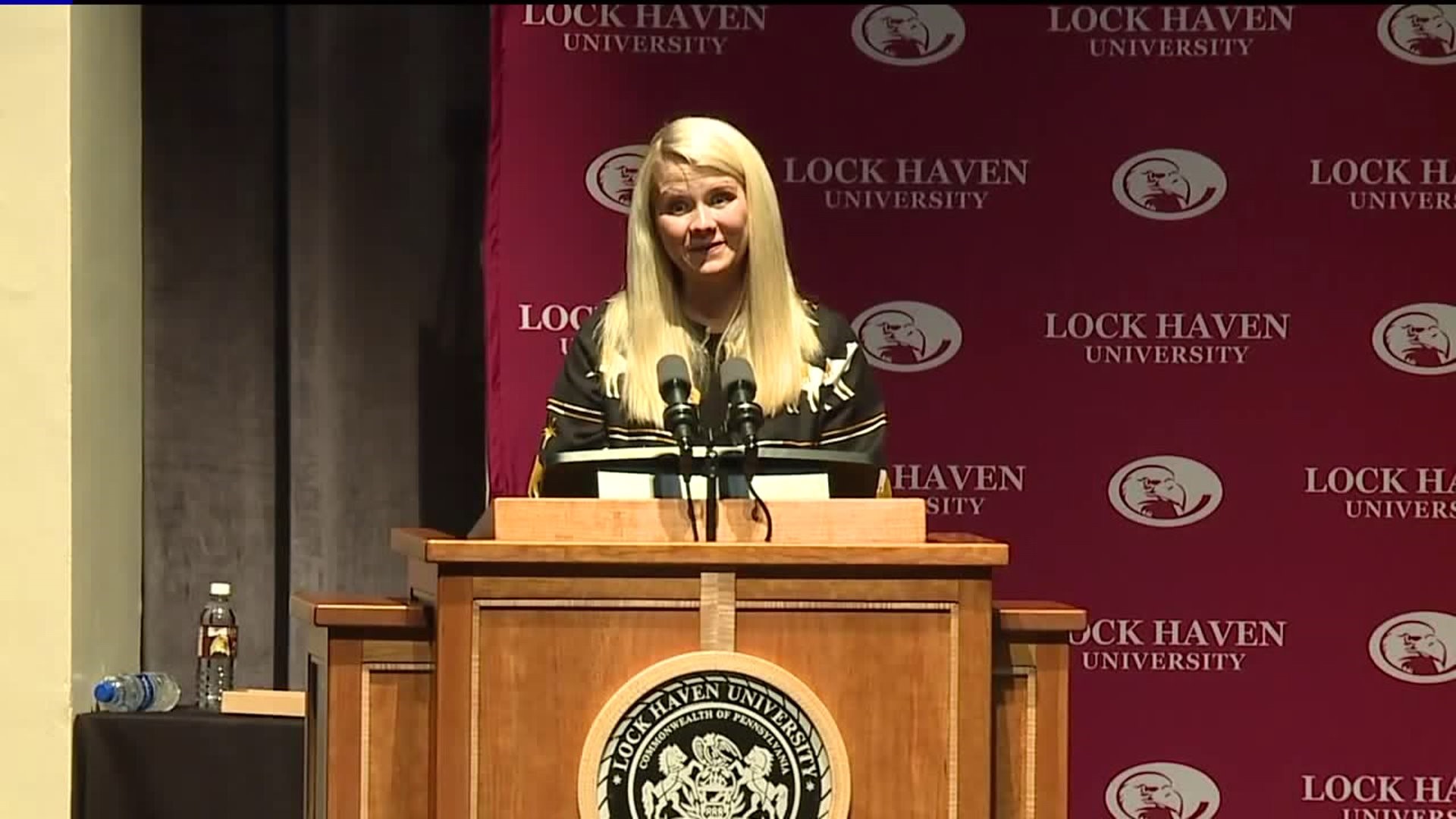 She did it all while describing in detail the most horrific time of her life, her kidnapping.

“And then all of a sudden, this man's in my room with a knife at my neck telling me to get up and go with him,” said Smart.

Smart was just 14 years old when she was kidnapped from her home in Salt Lake City in 2002 and held captive by Brian Mitchell and his wife Wanda Barzee for nine months.

The now 30-year old Smart has become a champion of child safety and advocacy and was here to speak about her latest book: Where There's Hope and Healing.

This appearance also comes on the day Barzee was released from prison despite pleas from Smart to keep her behind bars for several more years.

A member of the audience asked Smart how that makes her feel.

“I'm not going to let these people, this woman, stop me from living the life that I want to live and that's how I still I feel,” Smart answered.

More than an hour before Elizabeth Smart was set to speak, folks were already lining up, even sitting on the stairs waiting to get inside.

That line eventually wrapped around the block Wednesday.

Many students say they were impressed that she could be here knowing one of the people who hurt her is now free.

“I just can't imagine how she must be feeling right now, it's crazy,” said Lock Haven freshman McCartney Register.