After being hit twice in a matter of days with heavy down pours and flooding, people in several communities in Clinton and Centre Counties are now trying to rec... 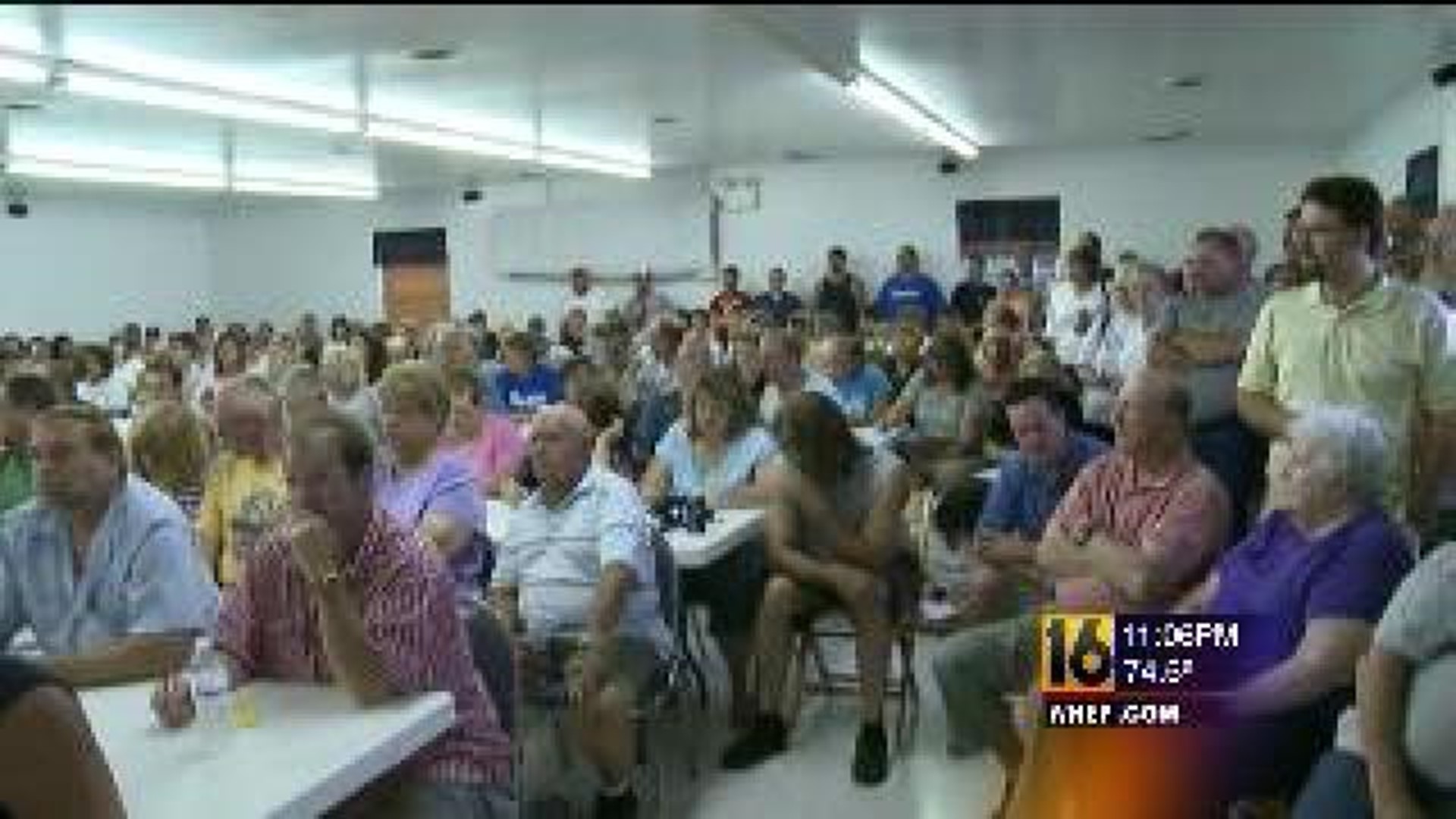 After being hit twice in a matter of days with heavy down pours and flooding, people in several communities in Clinton and Centre Counties are now trying to recover.

At the social hall in Beech Creek near Mill Hall in Clinton County Tuesday night, dozens came out looking for answers.

Days after serious flooding hit this area, a road in Beech Creek remains in bad condition as traffic cones line the crumbling side that sits along a creek.

Beech Creek Borough and Beech Creek Township were pummeled twice in a matter of days after bouts of heavy downpours on Thursday and then on Sunday.

“PEMA’s going to have to make a decision to declare an emergency and ask the federal government for help,” said Clinton County Commission Joe Long, as he addressed the packed room at the Beech Creek social hall.

Dozens of residents came out to meet with local, county and state officials looking for help.

“We`re building, my husband and I were living with our parents and we lost everything in our shed that was in our house, “said Heidi Warner from Beech Creek Township.

“Pretty bad, our shed was lifted up and moved away and our entire basement was destroyed, so it was bad,” said Audrey Weaver from Beech Creek Township.

The rains are believed to have caused the death of 86-year old Claude Rupert, who was swept up by a creek.

Clinton County officials believe the damage could run into the millions and are hoping to secure state and federal funding.

Also at the meeting were plenty of people from Liberty Township that sits just beyond the Centre County line.

“I had about six to eight inches of water in the basement,” said Greg Shady of Liberty Township. “I didn`t get hit as hard as some people did, but I got hit hard enough.”

Officials here say in order for federal government to declare this a disaster area, damage costs state wide must clear a threshold of $17 million.