Clearing the Way for Development in Lock Haven

LOCK HAVEN, Pa. – The historic Town Tavern in Lock Haven is on its way down. According to the city manager, the demolition is just one step the city is taking t... 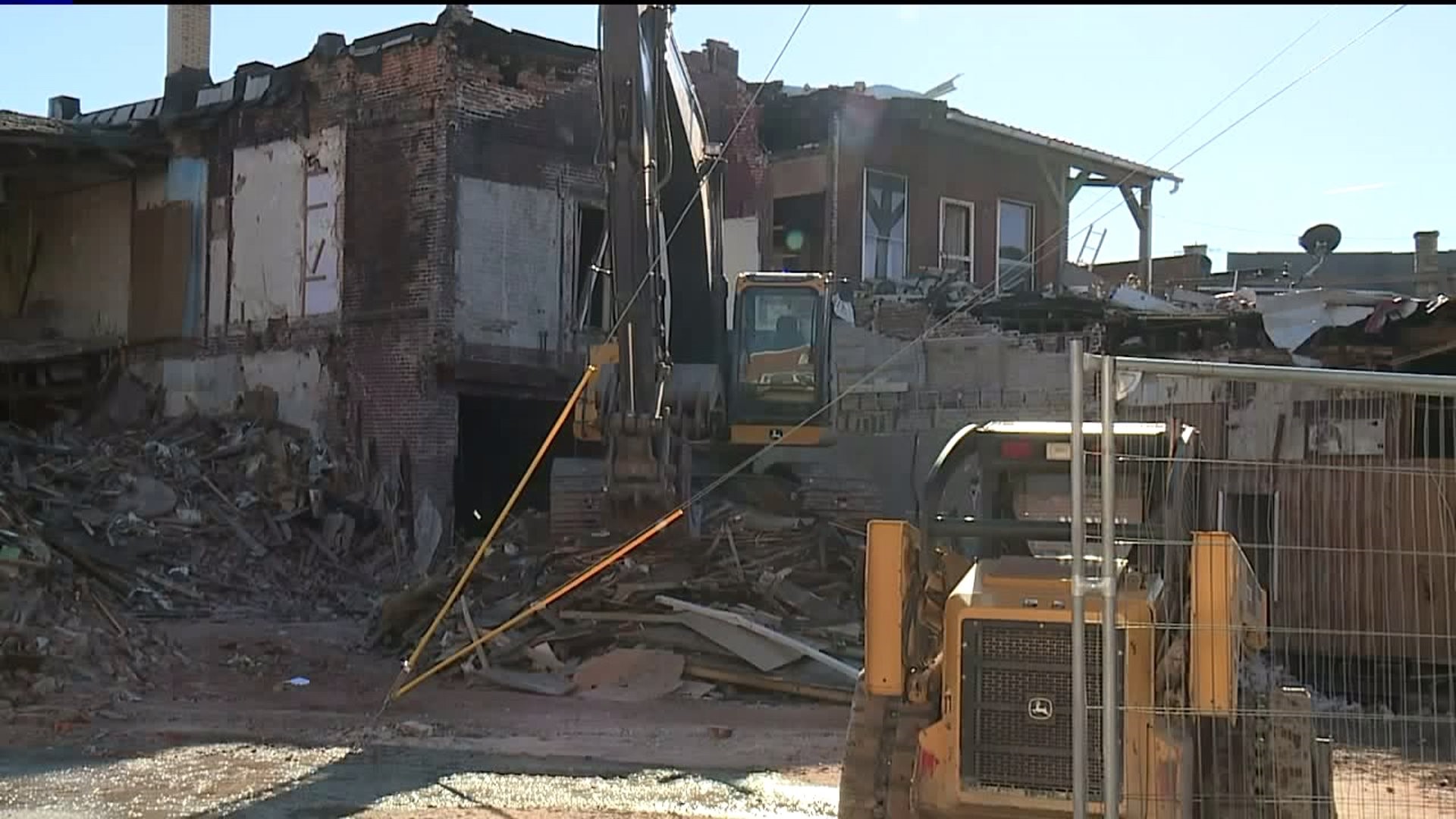 LOCK HAVEN, Pa. – The historic Town Tavern in Lock Haven is on its way down. According to the city manager, the demolition is just one step the city is taking this year to improve its look.

Bellefonte Avenue in Lock Haven looks a bit different than it did back in April. What's left of the former Wolfe Furniture Store is now in a pile. The building was torn down last year, following a fire in 2016

"The fire was on a Friday and I was back to work on Tuesday," Eric Edwards said.

Eric Edwards owns The Craft Barber. It's one of two business open in a stretch of storefronts. Down the block, the Town Tavern has been closed for several years and is now being demolished.

"It was a popular spot when it was open,” Edwards said. "The building right now is an eyesore so, having an open lot you know that will be okay for a short time," he continued.

According to Lock Haven's city manager, the city now owns the former furniture store and the Town Tavern properties.

"It's a great college town and it's ripe for investment,” Kasey Campbell said.

Now that the buildings are being demolished, Lock Haven's downtown manager hopes new businesses will move in.

"It would be awesome to see a private investor come in and invest in the town and maybe bring in a craft brewery or a new restaurant," Campbell said.

Customers over at The Craft Barber had a few ideas of their own.

"I think it would be nice to maybe expand the park for recreation, it’s kind of right in the center of town so it would make it obviously make the town a little nicer,” said Brandon Thompson.

"Whatever business does go in, I think the town will fully support and yea it will be exciting," Edwards said.

For now, the team working on the project on Bellefonte Avenue hope to have the former town tavern building demolished and the lot cleaned up by the end of February.