RENOVO — What’s left of a house at a demolition site may look a pile of rubble, but neighbors on Ontario Avenue in Renovo see it as progress. “About... 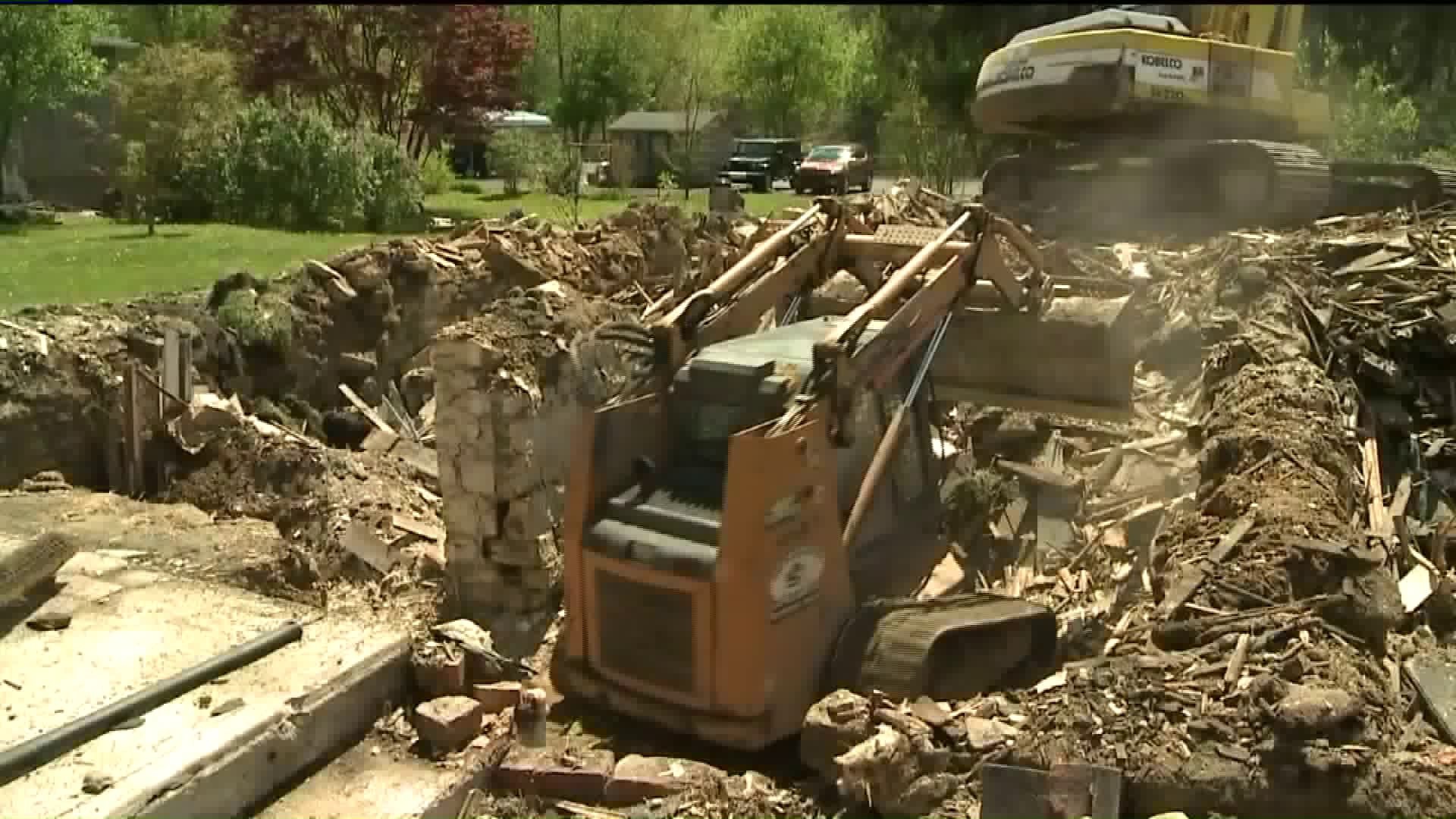 RENOVO -- What’s left of a house at a demolition site may look a pile of rubble, but neighbors on Ontario Avenue in Renovo see it as progress.

"Yeah, too many houses are being abandoned. So because of that they have to be torn down or condemned," said April Hill.

Hill grew up in Renovo and now she's raising her children across the street from a group of abandoned homes.

"You always want to see them torn down, but we had to get the grant money to do it," said Hill.

Now, thanks to state taxpayer money, Renovo has begun work on a $950,000 demolition and streetscape project. It's called the Ontario Avenue Project. The borough plans to demolish a handful of blighted properties on the street and then renovate the area.

"It's not safe. They smell. The cats go in there," said Taylor.

Once those homes are demolished, the plan is to use around $200,000 from DCNR to expand the area to build a boat launch.

"I think that there is a core group people here that really has pride in this town and that care about this town and they really are trying to raise it up, said Ahren Green.

"Maybe I would consider expanding my product line if they were coming through and were asking for different things that I didn't have. Other than that I don't know if it will really you know cause an uptick in business here,” said Green.

"We need people to come to visit having the boat launch is going to bring a lot of people in the area," said Hill.